Sources confirmed Turk let Commerce leadership know his plans to leave federal service on Jan. 19, 2019, after 16 years as a civilian and 26 in the Navy.

Turk has been acting CIO since January 2017 and CISO since September 2015.

“As you may know, my wife’s health has been a challenge; thus, I want to focus...

Sources confirmed Turk let Commerce leadership know his plans to leave federal service on Jan. 19, 2019, after 16 years as a civilian and 26 in the Navy.

Turk has been acting CIO since January 2017 and CISO since September 2015.

“As you may know, my wife’s health has been a challenge; thus, I want to focus more on her and, of course, have more time to enjoy my grandchildren,” Turk wrote in an email to colleagues, which Federal News Radio obtained. “As we transition, I am more optimistic than ever about the essential role that OCIO and IT will play in the mission of Commerce. And, as America advances in the digital era, OCIO continues to be a vehicle to strengthen our economic growth.”

It’s unclear who will replace Turk, even on an acting basis. Commerce hasn’t had a permanent CIO since Steve Cooper left at the end of the Obama administration.

During his tenure, Turk, who was one of the most available members of the federal IT community whether as a panelist at events or through his interactions with industry, understood the power of sharing Commerce’s successes.

In his email to department executives, Turk highlighted his office’s progress around several initiatives.

“My tenure was marked by the push toward modernization and cloud.  From governing $2.5 billion in IT portfolio within 11 bureaus, to Decennial, to aggressively moving the DoC to adopt commercial cloud best practices, to decreasing the DoC data center footprint to ensure efficient performance, to improving NOAA’s Trusted Internet Connection Access Provider (TICAP)  compliance to 98 percent, to next generation patent processing, we have made tremendous progress,” he wrote. “During my term, we continued to be a top agency in Federal Information Technology Acquisition Reform Act (FITARA), received the Secretary’s Gold award on National Security Solutions and Services (NS3) work; and through our fiduciary diligence in BigFix and IT support services contract, realized over $15 million in cost avoidance.”

With a background in cybersecurity, Turk focused heavily on improving Commerce’s data and network protections.

He helped established the Enterprise Security Operations Center (ESOC), which provides 24/7/365 security monitoring and detection for all bureaus, and ensured that the technology Commerce deploys is secure and reliable through the supply chain risk management (SCRM) program.

“The Network Operations Center (NOC) and Security Operations Center (SOC) teams distinguished themselves by stabilizing the  headquarters’ network to achieve network uptime of 99.99 percent,” he said. “OCIO teams led the effort on MBDA’s customer relationship management (CRM) platform and collaborated with Enterprise Services Organization’s 21st Century printing solutions. We improved employee’s overall workplace experience by enhancing collaboration and enabled knowledge/content management/workflow management through the new SharePoint Portal for Information and Collaboration in OCIO (PICO), IViews, Data Call Management System (DCMS) and Internal Correspondence Management System (ICMS). OCIO is migrating our enterprise infrastructure and servers to the cloud, upgrading to Windows 10, pushing OneDrive for Business, and redesigning our Commerce websites. This achievement is a credit to our teams who are constantly innovating to improve OCIO’s services.”

Turk also is trying to leave his successor an organization that is ready to take the next step.

“We re-aligned OCIO to adapt to new priorities from the new administration by adopting new structure, initiatives and solutions. This new structure is designed to move existing solutions and operations for better alignment with new strategies,” he wrote. “I am proud that during my leadership, we improved Federal Employee Viewpoint Survey (FEVS) scores by double digits in supervisor/team leader respect, supervisor/team leader communication and manager’s communication of the goals and priorities of the organization.”

Before joining Commerce, Turk was the associate CIO for cybersecurity at the Department of Energy, and also held senior positions with the Transportation Security Administration (TSA) and the Patent and Trademark Office (USPTO).

Turk began his career in the U.S Navy where he served for 26 years. 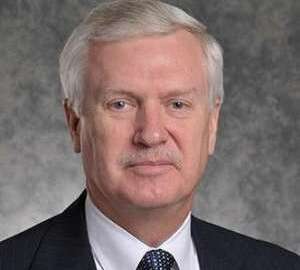 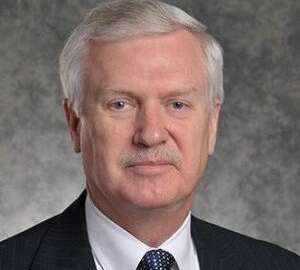 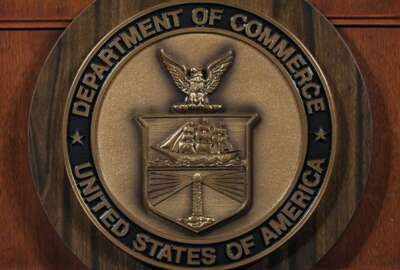