We continue with our occasional series of interviews with the latest cohort of Presidential Rank Award winners. My next guest, when Congress passed the first pandemic relief legislation, led the team to manage a $178 billion fund. It was aimed at helping front-line health care providers, and paying for treatment of the uninsured. The deputy administration of...

We continue with our occasional series of interviews with the latest cohort of Presidential Rank Award winners. My next guest, when Congress passed the first pandemic relief legislation, led the team to manage a $178 billion fund. It was aimed at helping front-line health care providers, and paying for treatment of the uninsured. The deputy administration of the Health Resources and Services Administration, Diana Espinosa, joined the Federal Drive with Tom Temin with more.

Tom Temin: Ms Espinosa, good to have you on.

Tom Temin: And let’s talk about that most recent activity: heading up a fund, a $178 billion fund. I guess it doesn’t get as much attention as the payroll protection plan and some of the things that went out to the consuming public. But tell us how this ended up with HRSA, and what you did to make sure it got all spent correctly,

Diana Espinosa: If we all could even remember, because I think we’ve lost track of time during this pandemic, but there was a significant urgency to get the relief out. And these funds were really integral, and continue to be integral, to making sure people can still keep their doors open and provide health care. And so I think HRSA is, among HHS, I like to say, you know, HRSA is known as like an agency that can really get things done. We’re super mission-driven. You know, that’s one great thing about working here. So I think there was just a sense that we could step it up quickly. And we did. You know, the first payments went out, I think it was April 10, and it was enacted March 27, maybe? And that’s really remarkable. We continue to make payments, in fact, made a bunch of them at the end of last year — you know, November and December — and continue to. And as far as the uninsured, I think that’s another important need, making sure that everyone can access testing, treatment and vaccination. That’s also obviously important for a good public health response.

Tom Temin: And to get a program like this underway, regardless of the speed, which is another factor, but you’ve really got two major challenges. One is to make sure that the money goes to the people it’s supposed to, and verifying all of that. And the other is these, I guess you’d call it the interagency apparatus, because money comes from the Treasury Department officially, even though it’s through HRSA. So you had an external and an internal piece to set up very quickly. What did that take?

Diana Espinosa: Well, you know, strong collaboration. And I think that’s a testament to how much HHS. you know, has been able to get done. It’s just that we work very well together, because for HRSA, we interact with the Treasury, but we also have the interface with Office of the Secretary, who also is kind of engaging. Just really focused on getting the work done. I think from the very beginning, we understood that program integrity was a big part of this — obviously a lot of money, taxpayer dollars, that we all want to make sure get to the right people, but are also used for the purpose of Congress intended. And I think, you know, we are fortunate that we have good internal controls and good kind of underlying processes. I mean, obviously, this was like a humongous, you know, activity for us. But we kind of had a really strong infrastructure in place, I think, that we were able to leverage.

Tom Temin: So this didn’t require nights and weekends for months on end?

Diana Espinosa: Of course it did. It was like, I don’t know, eight in the morning to nine at night conference calls. But I guess, in some ways, people been couldn’t do anything else but work, right? So incredibly demanding, exhausting. You know, I had one staff person who told me that she got out of the shower one morning, got a phone call and never actually got out of the towel the whole day. Just very demanding. But like I was saying, you know, I think we all just got swept up in it. We knew the importance of this and just put in what we needed to do.

Tom Temin: Now you are also, you know, in your day job, you the deputy running HRSA. Just briefly review HRSA’s mission, because I don’t think it’s as widely known as maybe some other HHS elements, and what it takes to keep that all going.

Diana Espinosa: Sure. HRSA is the HHS component, you know, comparable to like the CDC, FDA and others that might be better known. Our mission is really focused on increasing access to healthcare for underserved populations. And those populations may be underserved because of income, or geographic barriers, or, you know, having a special health condition. So some of our hallmark programs are a community health center program where we fund community based organizations across the country that are providing health care. We have a HIV/AIDS program that is making sure that it serves half of the people with HIV and is working diligently to get more people into care that need it. We have non-maternal and child health programs. We support the health workforce, which everyone’s hearing now how much the workforce is trained. You know, it’s a very demanding job and people need to kind of get support and encouragement to enter those professions. So we have just a wide range of activities that are really focused on just that healthcare safety net. And I think that’s one of the reasons that folks come with just such a strong mission, because many of them worked in these communities. You know, it’s really kind of an invigorating place to work, I’ll have to say.

Tom Temin: We’re speaking with Diana Espinosa. She’s deputy administrator of the Health Resources and Services Administration, and a recent presidential rank award winner. Now your background, you have some oversight, some budgeting background, you had a good stint with the Office of Management and Budget. And then prior to that, in state government in budgetary areas. So is it something that you had to pick up the health mission understanding, but you already had the oversight and financial? How did this all work for you, career-wise?

Diana Espinosa: Yeah, I mean, I have a public policy degree. And so when I worked in OMB, I did work on health issues. So I think it was kind of a natural transition. I had worked at OMB before kind of returning to HHS, because I had actually started my career at HHS. So I also rely on a lot of experts that we have kind of on more of the clinical aspects of our work. But I think, you know, like I kind of see myself as a consummate career civil servant. You know, like I feel like my job is to find who the experts are, get the information from them, help them implement what they think is important and what we need to do. And so I feel like, you know, over time, that’s kind of what I built. Obviously, I built my knowledge of health issues. But I think building those relationships and knowing how to get the answers and get high quality data are all key things to being successful in the government.

Tom Temin: Yeah, in some sense, that was the original premise of the SES was people that were portable, because they had the skills to develop an agency or develop the connections needed for effectiveness as an agency, regardless of the mission.

Diana Espinosa: Yeah, even my local government experience, I worked on transit issues. Completely different than what I work on now. But when you think about it, what’s transportation? It’s a way that people can get to work, they can get employment, they can have quality of life. So there are some underlying themes here that I think relate to what government is about, at least the part that I work in. And so I do kind of see those connections that you described.

Tom Temin: And of course, the times we’re in right now, these couple of years, it’s a strange labor market, with people quitting jobs and people coming into the economy. It’s really hard to know what’s going on in terms of the economic strength. But the federal government is always on the troll for talent. And sounds like you would recommend this as a career — federal service.

Diana Espinosa: Sure. You know, I do think you need to have a certain temperament. You know, I mean, we all have different roles. But I am very proud, like I said, you know, like being a career civil servant that I can point to things that I contributed to, and that I was successful in, under both Republican and Democratic administrations, different presidents. And I feel like, you know, many of us are just committed to the government and the country and making sure that the government works effectively, efficiently and does what it’s intended to do. So I kind of do see myself as like, you know, one of those like kind of more textbook SES folks.

Tom Temin: Well, congratulations on your award, and thanks for joining us.

Diana Espinosa: Well, thank you. You know, I appreciate the opportunity. It’s a nice little bonus getting a lot of positive attention. 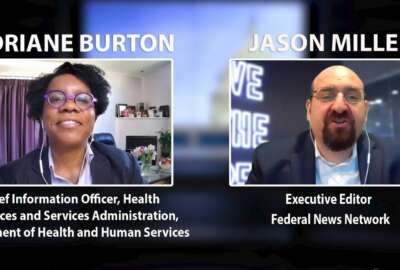 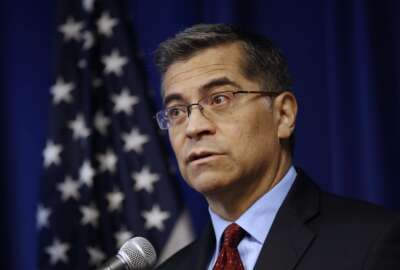 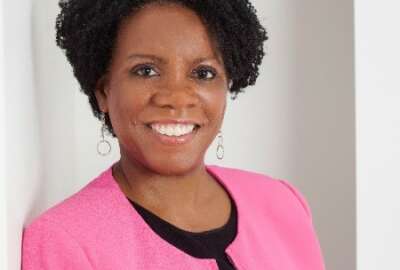