Agencies have until April 30 to send the Office of Management and Budget their update on how they are implementing the Federal IT Acquisition Reform Act (FITARA) and making progress against their initial self-assessment.

Well, all agencies but the departments of Energy and Labor. These two still must get OMB’s approval for their initial plans.

Yes, 22 of 24 CFO Act agencies met OMB’s mandate of getting their FITARA plans in and approved by December...

Agencies have until April 30 to send the Office of Management and Budget their update on how they are implementing the Federal IT Acquisition Reform Act (FITARA) and making progress against their initial self-assessment.

Well, all agencies but the departments of Energy and Labor. These two still must get OMB’s approval for their initial plans.

Yes, 22 of 24 CFO Act agencies met OMB’s mandate of getting their FITARA plans in and approved by December 2015. Here we are in April, and Energy and Labor are struggling to finalize how they will reform the way they manage technology and give more authorities to their chief information officers.

It came as a surprise that Labor is struggling with FITARA, but Energy, not so much.

It was clear from almost since FITARA became law that Energy would face obstacles as its national labs lobbied heavily to be exempted from the requirements.

Sources say OMB pushed back against the waiver request, only to see Sen. Lamar Alexander (R-Tenn), whose state includes Oakridge National Lab, insert a provision in the 2016 Senate Energy and Water Development Appropriations bill to exempt the labs from FITARA. The provision made it into the final fiscal 2016 omnibus spending bill.

The Project on Government Oversight reported in May 2015 that “the national laboratories and the super-computing industry heavily lobbied for this blanket exemption.”

POGO added Energy’s labs have routinely ignored or pushed back against OMB IT policy over the last decade.

One former Energy official told Federal News Radio that because the labs are Federal Funded Research and Development Centers (FFRDC) they believe IT laws, policies and even DoE regulations do not apply to them.

“They view IT as supporting the mission or for pure science they were hired to perform, and it is not a major IT investment. This has gone on for years,” the source, who is now in industry, said. “I am hearing that the CIO is having trouble getting FITARA implemented as the labs believe they have an exclusion provided in the omnibus spending bill, which is not a complete exclusion but an exclusion they seem to use as a total one. So they are still trying to hammer out the DoE implantation directive, which the labs always find some reason to resist and hold up.”

The source said the exclusion is only in the spending bill so it could go away next year.

Energy spokeswoman Christina Kielich said in an email to Federal News Radio, “DoE is actively working on our FITARA implementation plan to be submitted to OMB.”

It’s less clear why Labor is struggling, especially when similar statistical agencies, such as the Commerce or Agriculture departments, figured it out.

One former Labor official, who requested anonymity, was surprised the agency was struggling at all.

Other sources said the Bureau of Labor Statistics may be the hold up. BLS pushed back over the years against many departmentwide IT changes, such as having a common email address and system. Like in many agencies where one bureau is bigger than the rest of the agency — think IRS with Treasury and Census with Commerce — BLS is the largest component and holds a lot of power in the department.

“Our plan is substantially complete, and we are on track to finish it soon,” said Labor Department spokesman Steve Barr in an email to Federal News Radio. “All of the department’s components will be addressed in our FITARA plan and we have every intention of carrying out its provisions.”

Another reason for Labor’s struggle may be related to its decision to separate its CIO from the assistant secretary for management position. The former Labor official said when the assistant secretary was dual or triple hatted, he or she carried more weight when talking to the bureaus and persuading them to comply with specific mandates. This ironically is what FITARA is trying to address — ensuring CIOs have the authority to better oversee and manage IT spending.

When Energy and Labor finally do get their plans approved, the Government Accountability Office and Congress are considering changing how they grade progress.

But this first update, said GAO’s David Powner, the director of IT issues is key to progress going forward.

“Those plans are very important because what they do is they set the stage where agencies are at on their CIO authorities and if their authorities are not where they need to be there is a plan to fix the authorities,” Powner said at MeriTalk’s FITARA Forum in Washington March 30.

Powner said changing agency cultures will take time. He said CIO authorities, for instance, mean building relationships and trust across the C-level suite and down into the bureaus.

“I know folks might not want to say this, but I’m going to say it, we have a lot of strong CIOs in this town, but collectively when you look at those 24 departments and agencies, we need stronger CIOs across the board and stronger leaders,” he said. “The intent is that FITARA with the increased authorities will attract an even better breed of CIOs going forward.”

OMB reported in the second quarter update on Performance.gov that it missed its February deadline to launch a public facing dashboard for all FITARA plans. 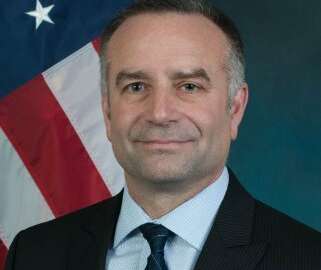