In a rocky FITARA sea of red and yellow “Fs” and “Ds,” the U.S. Agency for International Development stood out like a lighthouse.

USAID became the first agency earlier this month to receive an “A” on the Federal IT Acquisition Reform Act (FITARA) scorecard from the House Oversight and Government Reform Committee.

While most agencies stagnated, USAID lifted its grades from a “D” to an “A+” over the last six months.
The fourth scorecard,...

In a rocky FITARA sea of red and yellow “Fs” and “Ds,” the U.S. Agency for International Development stood out like a lighthouse.

USAID became the first agency earlier this month to receive an “A” on the Federal IT Acquisition Reform Act (FITARA) scorecard from the House Oversight and Government Reform Committee.

While most agencies stagnated, USAID lifted its grades from a “D” to an “A+” over the last six months.
The fourth scorecard, released by the committee on June 13, showed agency progress in reforming technology management and oversight hit a wall while the overall scores of 20 of 24 agencies stayed the same or dropped since December.

“Here’s an agency that began at a fairly low score and decided, do you know what, we can’t settle for that. What did they do? They reached out to GAO and said ‘what can we do to improve our performance?’ They listened to advice and they implemented it. And they now have the highest score and the greatest progress of a federal agency, AID,” said Rep. Gerry Connolly (D-Va.), ranking member of the subcommittee on government operations and a co-author of FITARA, at the June 13 hearing. “When some agencies say it’s too complicated, etc. AID has proved that is not true. If there is the political will. If there is the managerial desire to self-improve and to come into the 21st century, you will have congressional support, you will have GAO support and you will have a nice grade.”

USAID’s journey to the land of green and success may have started with a call to the Government Accountability Office, but it came down to a concerted effort by the agency’s CIO Jay Mahanand and a host of other executives.

“USAID undertook a concerted effort to improve its performance,” a USAID official said in an email to Federal News Radio. “USAID worked directly with GAO to understand the exact nature and intent behind each metric. We also prioritized and accelerated updates to address previous gaps.”

Those gaps spanned the entire FITARA scorecard. USAID received grades of “D” during the last three grading periods. In December, for instance, USAID received two “F” grades for incremental development of software projects and how they addressing transparency and risk management. The agency didn’t receive a grade for its data center consolidation efforts, meaning its plan wasn’t finalized in time for GAO to review.

In the latest scorecard, USAID received an “A” in incremental and risk management for the first time and maintained its “A” grade for its portfolio review efforts. GAO and the committee gave the department a “B” under the data center consolidation initiative.

David Powner, GAO’s director of IT management issues, said in an email to Federal News Radio that USAID had big improvements in the incremental and the dashboard areas.

“For example, their CIO ratings used to be all green, now they are show red and yellow,” he said.

The major change that we made to improve our scores centered around acknowledging the importance of transparency in IT management,” the USAID official said. “By prioritizing transparency and accountability as well as efficiency, we are able to deliver better information technology solutions.”

“USAID prioritizes efficiency. One of the FITARA Scorecard indicators reflects this efficiency gain, as it measures the cost savings and avoidance over the previous fiscal years relative to the agency IT budget,” the official said. “The IT reforms saved the agency money, allowing USAID to reinvest some of those savings to deliver expanded services. In expanding other functions and providing other required services, the agency has been able to deliver to its users without having to increase budgets.”

The official added USAID is focusing on improving its data center consolidation efforts over the next six months ahead of FITARA scorecard 5.0.

“We are in the process of migrating to a hybrid cloud environment, which will provide a much more dynamic and flexible model for infrastructure procurement and management. This new environment will facilitate provisioning and paying for services based on only what is required, while also easily and quickly scaling up or down,” the official said. “FITARA has encouraged USAID to continue this trend and provided a useful tool to support its modernization efforts.”

Those modernization efforts could get an even bigger boost from a new effort with the State Department.

State CIO Frontis Wiggins said at the recent SAP Digital Government conference in Washington that he met with Mahanand to discuss collaborating on network infrastructure.

Powner said USAID’s dramatic improvements and the stagnation across most other agencies led to nine agencies calling GAO for help.

While moving to green on the scorecard is a laudable goal, the real hope is USAID and other agencies are ensuring their CIOs are managing and overseeing technology that meets the spirit and intent of FITARA so as to improve mission areas. 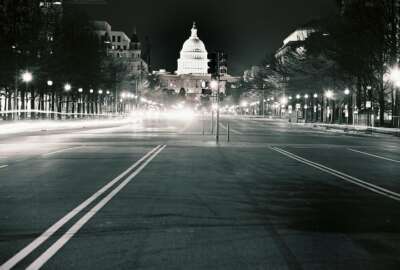