House lawmakers offered a strong show of confidence in the Technology Modernization Fund (TMF) by allocating $150 million for fiscal 2019.

The House Appropriations Committee approved the Financial Services and General Government fiscal 2019 spending bill last week with the 50 percent increase of funds over the 2018 level.

“The committee encourages GSA and the TMF Board established by the Modernizing Government Technology Act to prioritize and fund those projects that have the most significant...

House lawmakers offered a strong show of confidence in the Technology Modernization Fund (TMF) by allocating $150 million for fiscal 2019.

The House Appropriations Committee approved the Financial Services and General Government fiscal 2019 spending bill last week with the 50 percent increase of funds over the 2018 level.

“The committee encourages GSA and the TMF Board established by the Modernizing Government Technology Act to prioritize and fund those projects that have the most significant impact on mission enhancement and that most effectively modernize citizen-facing services, including updating public facing websites, modernizing forms and digitizing government processes,” the committee writes in the bill’s report.

At the same time, the committee also increased the IT Oversight and Reform (ITOR) fund run by the Office of Management and Budget to $25 million from $19 million as well as the Federal Citizen Services Fund to $55 million from $50 million this year. In all, the administration would receive about $230 million for IT modernization efforts.

At the same time, the committee warned the administration to offer more details on its plans.

“It is surprising, then, when staff charged with administering the new IT Modernization Fund refuse to share findings and respond to queries from the very committees that made the fund possible,” the report states. “The committee directs OMB and GSA to work more collaboratively with the relevant committees of jurisdiction in order to better evaluate the needs of agencies and opportunities for improving IT across government.”

The Senate Appropriations Subcommittee will mark up its version of the 2019 spending bill on Tuesday.

Still all of this bodes well for the administration’s IT modernization efforts, which kicked into second gear with three awards by the TMF Board.

OMB recently released more specifics on how the departments of Housing and Urban Development, Agriculture and Energy plan to use the money to help satisfy committee concerns.

HUD, which received the biggest share of the $100 million so far, will use its $20 million to move five legacy services to the cloud.

“The current system is used by 30,000 users to access 100 HUD grant, subsidy, and loan programs that disburse $27 billion per year,” states OMB’s fact sheet. “According to HUD estimates, the code modernization and migration will save $8 million annually, enabling payback and generating working capital to transform additional legacy systems. The new modern platform will be a Java cloud-based application suite that will cost less to maintain and will enable functional and technical enhancements to be completed more rapidly and at lower cost.”

“This is an opportunity to update legacy systems and re-engineer processes and systems to reduce improper payments, address and resolve repeated financial audit findings, and properly connect these agency systems to the USDA common financial system,” OMB states about USDA’s proposal. “Without this funding, USDA would need to delay integrating this part of the process into the consolidated Farmers.gov Citizen Experience Portal in a later year when funds became available. However, with support from the TMF the project can be conducted at the same time as other enhancements to the Portal, faster.”

Energy will use its $15 million in TMF funding to quicken its pace to consolidate and migrate 64 separate email systems serving more than 184,000 mailboxes across the agency to a single cloud-based software.

“TMF investment will be used to migrate the 26 remaining email systems that service 47,080 mailboxes. With this migration, DOE will secure large scale operational benefits and costs savings,” OMB states. “Without this funding, DoE would need to conduct the migration of the remaining systems using a piecemeal approach, subject to fund availability. DOE anticipates it will have a greater ability to serve its mission more quickly across sites and capabilities, which will positively impact the American people. The operational benefits of this project include cost savings, increased efficiency, improved cyber posture and decreased operational risk.”

OMB is encouraging agencies to continue to submit proposals for a share of the remaining $55 million in the TMF for 2018. To that end, the CIO Council launched a website to help promote the selection criteria, provide documents and templates and answer common questions.

The board received nine proposals from seven agencies for this first round of projects, and many in the community have said the quality was lacking. If that is true, plus the House committee’s report language promoting a specific type of project gives prospective agencies a lot of good intelligence to win future funding. 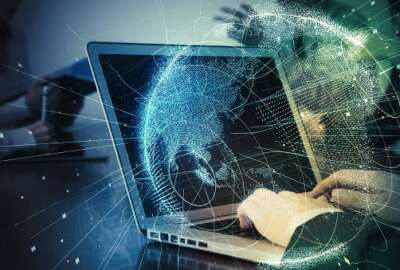