Every year the Defense Authorization bill is filled with golden nuggets of little noticed provisions that make a big impact on the federal acquisition community.

This year they range from a strong focus on making it easier for agencies to buy commercial items to mixed messages around the use of other transaction agreements to the ever increasing concerns about too many bid protests.

This is, by far, not a comprehensive list, but several that most...

Every year the Defense Authorization bill is filled with golden nuggets of little noticed provisions that make a big impact on the federal acquisition community.

This year they range from a strong focus on making it easier for agencies to buy commercial items to mixed messages around the use of other transaction agreements to the ever increasing concerns about too many bid protests.

This is, by far, not a comprehensive list, but several that most federal and contractor employees interested in acquisition should know about.

The House passed the NDAA on July 26. The Senate is expected to take up the bill next week. House and Senate conferees agreed to the bill on July 23, clearing the way to passage.

Sections 816 and 817 make minor, but important updates to acquisition law

Roger Waldron, the president of the Coalition for Government Procurement, said in a blog post that the change raises concerns and risks because it could potentially diminish the benefits multiple companies bidding on task order contracts.

While under 817, lawmakers want agencies to use their preliminary cost analyses as the rationale for developing multi-year contracts.

The conferees didn’t heed the General Services Administration’s request of raising the micro-purchase threshold for all e-commerce buys to $25,000 from $10,000. But they did bring DoD up to par with the rest of the government by raising their micro-purchase limit to $10,000 from $5,000.

Bid protests continue to be a big concern for lawmakers and DoD. So much so, in fact, that they added Section 822 to the bill to require DoD to study the frequency and effects of bid protests involving the same contract award or proposed award that have been filed at both the Government Accountability Office and the Court of Federal Claims. The report would include the length of time protests take, the appeals to the federal court, whether the protester was an incumbent and whether they were a large or small business. The Pentagon also would have to establish a data collection system to better track and analyze bid protest trends in the future.

There has been no hotter topic in the procurement market over the last year than supply chain risk management. To that end, lawmakers, in Section 881, permanently extended the 2011 provision in the NDAA that requires DoD to manage its supply chain risks. It also clarifies that the secretary’s risk determination applies throughout DoD. The provision further clarifies that the secretary’s determination cannot be protested before the GAO or Court of Federal Claims. Additionally, DoD should notify other components or federal agencies responsible for similar procurements facing supply chain risks.

House and Senate lawmakers agreed several significant provisions that will impact every agency.

Lawmakers took on the dreaded lowest-price technically acceptable (LPTA) by requiring a new Federal Acquisition Regulation rule within four months of the NDAA becoming law that would limit the use of this approach to buying products and services. The bill details six areas the new FAR rule must address, including requiring the agency to clearly describe the minimum requirements, performance objectives and standards to judge bids, and the determination that any proposed technical approach would require no, or minimal, subjective judgement by the agency’s source selection authority.

Additionally, the conferees say in order to balance effective oversight with reasonable costs, they want the GAO to develop a methodological approach that will provide insight into the extent to which LPTA source selection criteria are used by agencies, without requiring a review of each individual instance in which such criteria are used.

Lawmakers also told agencies to limit the use of LPTA when buying IT, cybersecurity, system engineering and technical, audit readiness, knowledge-based and a host of other services.

Rich Beutel, a former Hill staff member, lead staff member of the Federal IT Acquisition Reform Act (FITARA) and now president of Cyrrus Analytics LLC, said the NDAA is trying to address congressional interest in reversing DoD’s “habit of ignoring commercial innovations in such areas as cloud migration, because LPTA simply does not work well as an procurement approach when contracting for such complex technical services.”

Lawmakers revisited its direction around the upcoming e-commerce portal GSA is developing in section 838. The conferees is requiring the portal to meet the definition of full and open competition under the law — meaning there are at least two suppliers that offer similar products.

At the same time, legislators emphasized to GSA that the portal must be done in a manner that:

Related to, but separate from, the e-commerce portal is section 878 that that would require the Office of Federal Procurement Policy to finalize the definition of the term procurement administrative lead time (PALT) and produce a plan for measure and publicly report PALT data for contracts and task orders greater than the simplified acquisition threshold. The measurement will focus on the time for when an agency releases an initial solicitation to the time of award. This data collection is in response to the increased use of other transaction agreements and similar approaches to reduce the time to get capabilities to the mission.

One provision GSA is excited about is section 876 to increase competition at the task order level. Lawmakers are providing exceptions that certain multiple award contracts, including those under the Federal Supply Schedule, can acquire services where price is not necessarily an evaluation factor.

Alan Thomas, the commissioner of GSA’s Federal Acquisition Service, said July 26 at an AFFIRM breakfast, that this change was something the agency had been pressing for because of the desire for the price competition to happen at the task order level. GSA took similar approaches and had success with its governmentwide multiple award contracts such as OASIS, the Human Capital and Training Solutions (HCaTS) and Alliant 2. GSA Administrator Emily Murphy said one of her priorities is to ensure there is more competition at the task order level and this change in the law is the first major step to ensure that.

Lawmakers are definitely sending a mixed message when it comes to the use of other transaction agreements (OTAs). On one hand House and Senate Armed Services committee member are pushing DoD to use more OTAs by loosening the rules around this approach over the last few years.

But in the 2019 NDAA, lawmakers are starting to express some initial concerns. First in section 215, conferees limited to 80 percent of the funds the Air Force can spend on its Air Operations Center 10.2 OTA. The committees want a report on the Air Force’s acquisition and development approach as well as costs of the development and how the entire service can use what the center is developing.

Additionally in section 873, lawmakers want DoD’s service acquisition chiefs to collect and analyze data around OTAs, and then provide a report to Congress addressing the who is using this approach, how often, for what purpose, how much money they are spending and any successes or challenges.

The driving force behind the use of OTAs has been the Defense Innovation Unit Experimental (DIUx) and lawmakers now are concerned about the value this organization is bringing to DoD.

Lawmakers want a report by May 1 that details how DIUx is integrating with other research and development efforts across the military and its services as well as measuring the organization’s effectiveness, detailing the number, type and impact of its transactions and initiatives. Specifically, legislators want more details on how many non-traditional and traditional Defense contractors are working directly with DIUx and “the number of innovations delivered into the hands of the warfighter.” 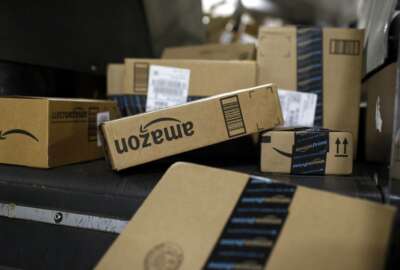 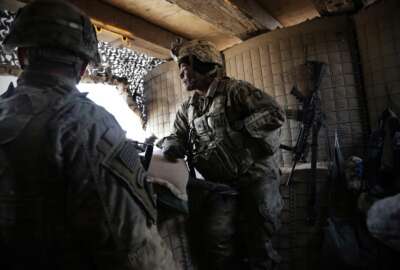