Labor pulls back telecommunications RFP, to rethink strategy after protest

Chalk up a win for the “little guys” under the $50 billion Enterprise Infrastructure Solutions (EIS) telecommunications contract.

Granite, one of the six new vendors on the governmentwide contract run by the General Services Administration, realized the first big win on EIS, coming out on top of a bid protest by convincing the Labor Department to change its “winner-take-all” strategy for its network modernization effort.

Labor told the Government Accountability Office it would take corrective...

Chalk up a win for the “little guys” under the $50 billion Enterprise Infrastructure Solutions (EIS) telecommunications contract.

Granite, one of the six new vendors on the governmentwide contract run by the General Services Administration, realized the first big win on EIS, coming out on top of a bid protest by convincing the Labor Department to change its “winner-take-all” strategy for its network modernization effort.

Labor told the Government Accountability Office it would take corrective action by re-releasing its fair opportunity solicitation under EIS. With this notice from Labor, GAO dismissed Granite’s protest on Sept. 25.

“Give Labor credit. In my view, they looked the protest and said, ‘Yes, the way this is structured, we unintentionally have eliminated some of the new players and created situation where we might not get the best opportunity for the government,” said Sam Kline, general manager for Granite Government Solutions, in an interview with Federal News Radio. “They said they will go and change it. I thought this was going to be a long drawn out process and I think they realized this was best thing for the department and for the government because more competition is a good thing. They will get better prices and services.”

Granite filed the first bid protest of an EIS solicitation Aug. 27 alleging the request for quotes penalized any offeror that doesn’t already have all the required services on its contract, thus favoring the incumbents of the Networx contract and eliminating many of the new vendors from competition.

Multiple emails to Labor seeking comment on the EIS decision were not returned.

Kline said as part of Granite’s protest filings, it offered an idea for a new approach Labor could take to open up the competitive landscape.

“We have suggested a different grouping that may make sense. I’m not sure how they will change it, but I think they understand the logic behind different grouping and will do something that allows for more competition,” Kline said. “We suggested grouping all voice services, all data service and all wireless services would be more logical groupings. Some of the more difficult security services that the new folks wouldn’t have easy access to could be separated out.”

First, several other agencies, including the Justice Department and the Social Security Administration were taking similar “winner-take-all” approaches to EIS. So when these and other agencies see Labor’s decision to rethink its approach, they should pause before releasing their solicitations.

Without knowing the specific reasons behind Labor’s decision, one can only guess that after reviewing the initial filings of the bid protest, the government’s lawyers likely felt they would lose the protest and it was just quicker to pull back and update the RFQ strategy.

Second, Granite, Met-Tel, Core Technologies, MicroTech, Harris, and BT Federal need to compete on a level playing field to make any inroads into the federal telecommunications sector that is stocked with 25-year incumbents. This protest win is a step toward keeping the competition fair.

And third, Labor’s decision also reemphasizes the Office of Management and Budget’s goal of EIS—to modernize agency networks and infrastructure. Labor can use this pause to reconsider its modernization strategy.

“We hope agencies want the same thing as Labor, which is good competition and great services,” Kline said. “There are more competitors with the new players who are a little smaller, more limber and hopefully we will be in the mix. Hopefully, agencies which are waiting a little bit to release their RFPs will see this and it will give them some direction.”

Granite and other EIS vendors are expecting a busy winter around EIS. As of July 31, only 10 civilian agencies — eight large and two small — have released at least one fair opportunity solicitation under EIS.

From the summit, the report highlighted five big ideas:

The two white papers focus on developing high quality proposals and alternatives to the “full service option” GSA used to offer under the old telecommunications contracts. 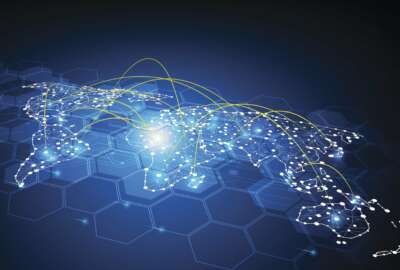