The Department of Homeland Security definitely has it right this time. Correct?

After four unsuccessful attempts to modernize and consolidate as many as 22 financial management systems, DHS’s latest approach is a winner.

For the sake of the almost 17-year-old agency, let’s, once again, hope so.

The request for quotes for the integrator services is a multiple-award blanket purchase agreement worth as much as $1 billion over 10 years. The solicitation is asking for a host of services including implementation, service desk operations, operations, and maintenance and data cleansing.

“The current ‘as is’ state consists of multiple ‘legacy’ standalone financial systems and a developmental system being configured for three components. Transition to a future state target solution for the financial services management (FSM) program requires systems engineering and integration in order to achieve shared, joint FSM objectives without imposing a singular, pre-determined design,” the RFQ, which Federal News Network obtained, stated. “Instead, integration of qualified commercial off-the-shelf business application software is intended to streamline and standardize business processes and procedures across the entire organization providing more accurate, timely and useful financial, procurement and asset data to managers. An integrated business software application layer implemented on as few EFiMS systems as is practicable shall enable DHS to more efficiently derive and report on financial statement data both at the consolidated and component levels.”

The second RFQ is for financial management software-as-a-service.

“The capability provided to the consumer is to use the provider’s applications running on a cloud infrastructure. The applications are accessible from various client devices through either a thin client interface, such as a web browser (e.g., web-based email), or a program interface,” the RFQ stated. “At the time of the multi-award vehicle, vendors must either (i) demonstrate that they have a documented plan to migrate existing software to SaaS or (ii) meet one of the following three FedRAMP requirements: (a) Provisional Authority to Operate (P-ATO), (b) Agency Authority to Operate (ATO), or (c) FedRamp Ready. At the IDIQ level, vendors will be evaluated based on whether they meet one of the requirements under (i) or (ii), above.”

This latest attempt isn’t getting positive reviews with the release of the RFQs.

“I think separating the software acquisition from the integrator acquisition is inherently flawed and opposite of how most IT projects are acquired today,” said Mike Hettinger, a former staff director for the House subcommittee that oversaw federal financial management and current founding principal of Hettinger Strategy Group. “This, combined with the requirement that the software piece be bid as an integrated stack, seems to limit the potential bidders and is likely to eliminate best-in-breed procurement and asset management solutions from consideration.”

The IT Acquisition Advisory Council (IT-AAC) also wrote to DHS executives detailing its concerns about the project plans, specifically with the lack of integration of existing capabilities for asset management, procurement systems management and financial systems management.

“Many DHS Components currently operate on modern acquisition and asset management systems that are predominantly used across the federal government and federal shared service providers. In addition, DHS already owns perpetual licenses to several of the existing systems,” the council’s Sept. 18 letter to Randolph Alles, the acting under secretary for management at DHS. “IT-AAC remains concerned that it would be an imprudent use of taxpayer-provider resources, and potentially be in violation of existing federal statutes related to the elimination of wasteful and duplicate spending, to replace existing federally-proven best-of-breed solutions for these functions. To our knowledge, there has been no data-driven analysis or business case developed that would justify a ‘rip and replace’ approach related to existing providers in order to award a new contract otherwise. Further, to our knowledge, there has been no substantive analysis conducted to determine what level of integration effort would be needed in order to leverage current capabilities to achieve the desired ‘One DHS’ view and operational effectiveness of these functions, while also identifying current gaps.”

The council says a data aggregation strategy would help DHS design an acquisition approach that would address identified gaps, reduce risk and increase the likelihood of a successful project.

“DHS is proposing use of the fast track DHS Procurement Innovation Lab (PIL), which was established to pursue ‘experimenting with innovative acquisition techniques across the DHS enterprise.’ While IT-AAC supports an agile acquisition approach to procurement in order to leverage innovation and reduce time to implementation, an initiative that has a history of at least four previous failures and substantial waste of taxpayer dollars should not be the test bed for experimental acquisition and thereby increasing risk. PIL might be appropriate for commodity buys or smaller purchases, but a highly technical, complex and sophisticated procurement such as the one required to achieve a successful outcome to a true financial management systems modernization result requires: informed rigor; an opportunity for full and open competition as required by law, regulation and executive branch guidance; leveraging innovation being delivered by the market; meeting mission requirements for the end user; and achieving cost savings and best value for the American taxpayer,” the council wrote.

Give DHS credit for not giving up and just continuing with its legacy systems. At the same time, how many more failures can Congress put up with? In this age of dev/sec/ops and agile procurement, let’s hope the systems integrators come to the table with the innovations that put DHS over the top once and for all. 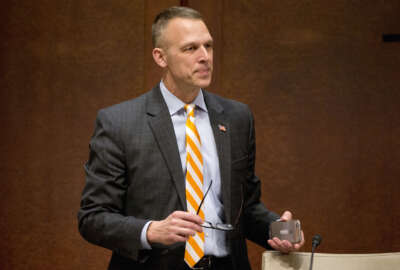