Yet, the governmentwide small business contracting goal has been at 23% since 1997 despite federal procurement spending hitting $594 billion in fiscal 2019. While agencies have done a good job in meeting and exceeding the 23% goal over the last five-plus years, small businesses...

Yet, the governmentwide small business contracting goal has been at 23% since 1997 despite federal procurement spending hitting $594 billion in fiscal 2019. While agencies have done a good job in meeting and exceeding the 23% goal over the last five-plus years, small businesses continue to face huge challenges as prime and subcontractors. Just take a look at the 8(a) STARS II craziness and several other programs that have gone off the rails in recent years.

So when an agency does something that not only puts small businesses at the forefront of a major procurement but adds clauses to hold large firms accountable, it’s worth noticing.

This is the case for the Defense Information Systems Agency’s systems engineering, technology and innovation (SETI) contract.

For its effort, DISA received the 2020 Verdure award from the Defense Department for demonstrating fresh approaches to balancing the development of efficient procurement methods and the utilization of small businesses. The Pentagon established the Verdure award in 2015 as one of five formal recognition programs to promote the success of small business programs.

“The bottoms up redesign of SETI four years ago appears to have set us up for success today. The tenets of the SETI program and the innovative acquisition tactics that we have been developed and deployed throughout the program’s instantiation have been validated by our peers across the department as best of breed,” said Christopher Riley, the SETI program manager for DISA, during a call with reporters on Oct. 9. “When we first built the construct of SETI what we were trying to do had never been done before. It was either going to be a use case of what not to do or set the new standard for driving innovation in large scale acquisitions in the department.”

Riley said SETI is now the new standards bearer for how to work with small businesses going forward.

There are several reasons why Riley and others at DISA believe SETI is what the future of small business contracting could look like.

DISA took specific steps to create the 10-year contract that has a ceiling of $7.5 billion with input from small firms. SETI includes two contract suites — one just for small businesses and one that is unrestricted. DISA awarded 15 companies a spot on the unrestricted version in July 2019 and the small business portion just got out of protest delays earlier this summer and has 25 awardees.

Carlen Capenos, DISA’s Office of Small Business Programs director, said through focused feedback during the draft and final solicitation phases, the agency removed barriers that may have limited which small firms would’ve bid.

“Two specific examples were the clearance requirement. Generally everything we do in DISA requires a facility site clearance of the prime contractor at time of proposal. That is a huge barrier not only to small businesses but to joint ventures themselves. We removed that barrier and said that we would sponsor that award to a company or joint venture who didn’t have it. That was something we don’t normally do and had the ability to let more companies and joint ventures come in,” Capenos said. “The other thing we did is removed the requirement for the cost accounting certification. Again, we normally require it at time of proposal, but in this case we said you didn’t need it at proposal, you would need it before you did cost contracts. We would sponsor that certification process for you.”

Another barrier DISA is trying to address is the tendency of the services or defense agencies of just automatically using the unrestricted version of SETI.

Christopher Gray, DISA’s chief of the contracting office at the Defense Information Technology Contracting Office – National Capital Region, said contracting officers must first consider letting the task order against the small business portion of the contract before using the unrestricted version. And if a military service or defense agency decides to use the unrestricted contract, firms on the small business one can still bid on the task order.

Riley added DISA also wanted to bring to the SETI non-traditional contractors so that was another barrier they removed.

It seems like DISA was successful in reaching many of those non-traditional firms.

Capenos said about half of all the awardees had to be entered into DISA’s contract writing system, meaning they hadn’t done business with the agency before.

Riley added that out of the more than 100 offerors, about 80% did not have experience with DISA.

Now all of these efforts and upfront work will be for naught if DISA’s customers and large businesses fall back on old habits of not following SETI’s rules around task orders for small businesses or ensuring subcontracting opportunities.

“We have a requirement for subcontracting in all contracts whether it was awarded to a large business or a small business, and they have to report those quarterly. Not only do they have to report them to the contracting officers, but they will report them to our office too so we can help monitor and measure the dollars and pieces of work that are being executed by small businesses,” she said. “Not only will we measure and monitor it, but small and large businesses will be rated on it on their contractor performance assessment report (CPARs).”

Additionally — and maybe this is the best part of SETI — DISA built into the contract an off-ramp after five years where it can decide not to exercise the option of contractors who aren’t meeting their small business requirements.

While DISA is saying all the right things and has done a lot of the upfront work to set SETI up for success as a small business and innovative contract, the proof always is in the pudding over the next five years.

If DISA lives up to its word, holds buyers and large businesses accountable and truly supports small businesses, then SETI will be the standard bearer for future deals, and one which other agencies should definitely look at as a model. 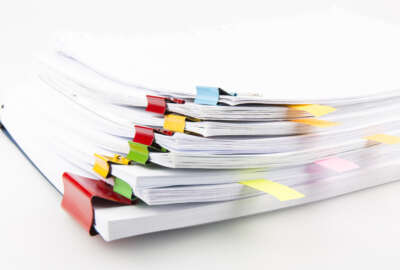 6 contracting opportunities to jump on in 2020 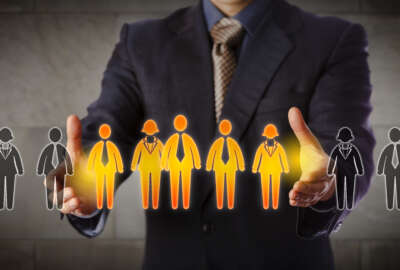