The Homeland Security Department’s hiring fair in July was such a success, it’s having another one.

In fact, it’s happening this week — virtually — and focused on interns and recent college graduates under the Pathways program.

Angie Bailey, the DHS chief human capital officer, said the goal is not just to hire cybersecurity positions like the last one. DHS now is looking for an assortment of skills from IT to acquisition to financial management to...

The Homeland Security Department’s hiring fair in July was such a success, it’s having another one.

In fact, it’s happening this week — virtually — and focused on interns and recent college graduates under the Pathways program.

Angie Bailey, the DHS chief human capital officer, said the goal is not just to hire cybersecurity positions like the last one. DHS now is looking for an assortment of skills from IT to acquisition to financial management to human resources to readiness and to security.

“We are doing it again to bring the power of DHS together,” Bailey said at the recent Human Capital Management Government conference in Alexandria, Virginia. “What we’ve decided … is if we just hire one person then it’s a success. It’s more about the intangible benefits of DHS acting as one agency. Some of the things was so cool down in the room was we had these set ups so if a manager from Immigration and Customs Enforcement got a resume and didn’t have a job, they could walk over to Customs and Border Protection, to Transportation Security Administration or to FEMA, and introduce you to the hiring manager because the person would’ve been a really good fit there. That never, ever would’ve happened without these guys being together, sitting side-by-side and seeing the value of helping each other out to place people.”

So often in many large organizations, good ideas fall victim to a lack of leadership or broad support.

Agencies many times complain about the arduous federal hiring process and how much they dislike this regulation or USAJobs.gov or the HR office or the hiring manager’s lack of participation, or whatever.

But what DHS did was push all these challenges aside for a key position like cybersecurity and used the system to its advantage.

Bailey said at the July event about 14,000 people applied for the cyber jobs, and more than 2,000 showed up at the event for interviews.

“We made use of the direct hire authority for this event, brought together hiring managers, all the HR specialists and security specialists, and lined up interviews in advance,” she said. “We conducted over 300 interviews and offered jobs, fingerprinted candidates and put them in the system, and did all of their paperwork right there. We didn’t let them leave until the paperwork was done. We made close to 200 job offers on-the-spot.”

Since July, DHS has kept those job certs open and will do so through January and has added another 250 cyber workers to their ranks for a total of 450. DHS had a goal of hiring 350 cyber workers.

For the upcoming pathways event, Bailey said DHS’s goal is to bring in few hundred more employees under the internship program.

Bailey said back in July about one-third of the hires were younger, say under 30-years old, some were current DHS or federal employees, and others came from outside the department at all career levels— early, mid and experts. DHS hired from the General Schedule 7-to-15 levels.

She said 33 percent of all hires were in their seat at DHS within six weeks.

“Out of all the things that we’ve pursued at the department since I’ve been there for three years, there has been nothing that I’ve gotten more positive feedback to the CIO’s office,” McCormack said. “The run-up to this particular event and now the subsequent activities that we are doing, we kept telling the CIOs in the components, you will own this. We will put the apparatus together, but you component CHCO and CIOs have to get your hiring managers out there and line this up. The feedback we got was amazing.”

McCormack said the long-term vision is to keep the pipeline of talent flowing so every CIO can easily find an applicant when they have a job opening.

“That’s one way to manage that time lag that everyone deals with. That goes away because they can pull resumes off a cert that is hot and start interviewing people,” he said.

Bailey said DHS has briefed the CIO and CHCO councils as well as the President’s Management Council about how the hiring fair worked and its success. She said DHS is planning at potentially two others — one focused solely on veterans and another for women interested in law enforcement.

McCormack said the one goal for the program is to give applicants and hires a great experience from submitting their initial application through their onboarding and training.

“We have a buddy system that we use so once they arrive they are immediately productive, have a great experience and have a mentor assigned to them,” he said. “That has worked very well for us.”

DHS over the last few years has made what seems to be a concerted effort not to fall into that trap —the hiring fair is one example, as well as paying 20-to-25 percent hiring bonuses to cyber workers. By the way, the Office of Personnel Management recently issued guidance for all agencies for how they should use bonuses to recruit and retain cyber workers in a way that is similar to the DHS model.

We can hope DHS’ success helps inspire other agencies to put together the leadership and strategy to solve similar hiring challenge, as well as those with legacy IT modernization or acquisition or so many other tough challenges. 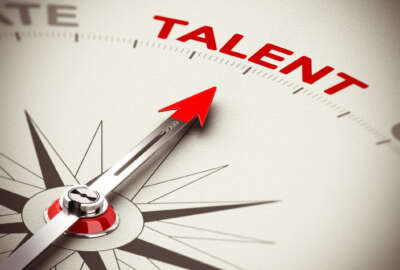