FPS 2.0 more user-friendly, but not for Medicare frauds

If you’re thinking about stealing federal dollars from the health insurance industry, better act fast — starting next year, investigators and analysts with the Centers for Medicare and Medicaid Services Fraud Prevention System will have an easier time hunting down lawbreakers.

Dr. Shantanu Agrawal, deputy administrator and director for the CMS Center for Program Integrity, says FPS 2.0 is being developed and tested for a 2017 rollout.

“It’s a generally more user-friendly interface, more commensurate with things we use in our daily lives, where we can take a lot of complicated data inputs and really highlight the things an investigator would want to care about,” Agrawal said during the first day of the Predictive Analytics World for Government’s 6th annual conference in Washington Oct. 17. “So where we can, for example, demonstrate impossible utilization, or highly unlikely events of abuse of billing. That’s something that we want to be able to highlight for the investigators right away, and pull together a lot of data points they might do today on a manual basis. But pull them together and show them in one screen for the investigators to be able to use.”

The investigators are the eyes behind CMS’ prevention system, the 5-year-old program that monitors a range of fraud and abuse, and which has saved the country more than $1.5 billion in four years.

While the system is successful, Agrawal said, there’s room to improve.

“We were hearing from our users, sometimes they have to take the results of FPS and then go off and do some analytical work on their own,” Agrawal said. “So we basically sat down with them and asked what is that analytical work? If it’s the same thing every single time, let us do it or let the system do it, so you don’t have to spend those resources, those person hours doing something that clearly the system is capable of doing.”

Agrawal said more regional flexibility, and prioritizing models and data displays for a particular area of the country, are some of the ways the new version will help analysts.

For example, ambulance services have a high geographic variance, Agrawal said. The service is high in states like Florida, Texas, New York and New Jersey.

“That’s a really common service, it’s a commonly over-utilized or potentially fraudulently billed service,” Agrawal said. “If Florida were to ask for an ambulance model, we could build in a model based on the factors that they see on the ground. We could also then prioritize that model — relative to other models — so that not every single one of their cases would be an ambulance case because of course, they have to have a diversity of cases as well.”

“We might tweak the priority in one part of the country that gives them a diversified portfolio of activities,” Agrawal continued. “That same model might get tweaked a little bit higher in … let’s say the Midwest, so that they’re identifying ambulance providers of concern that might otherwise might not make it to their highest level priority.”

The new system will be more responsive to actual needs and priorities, thus making it faster and more sophisticated, he said.

“We can do a greater set of activities so it’s not just model types that produce investigations but actually models that deny claims or suspend claims for review,” Agrawal said. “Hopefully the capabilities that we can actually execute with FPS 2.0 will just be more responsive to our actual needs.”

Northrop Grumman won the $91.6 million contract in May. The award is a base year contract with four option years, according to a press release from the company.

“The FPS program includes data ingestion, data preparation, and execution of edits and models to deny or reject claims that do not conform to Medicare policy and assign providers a risk score to prioritize investigations,” Northrop Grumman said in its release. “This program also provides an investigative user interface that allows program integrity contractors and law enforcement to view evidence, track investigations, and perform rulings.

Before FPS came online, Agrawal said, CMS only viewed about 3 percent of claims prior payment. Since the system came onboard, however, 100 percent of the claims are viewed in real time.

Getting ahead of the curve

FPS 2.0 is just one of the efforts CMS is working on.

Agrawal said the Center developed a physical command center where external and internal partners can meet and “make sure that results will be actionable.”

“Part of that actionability is how we display data,” he said. “That has been a real learning curve for us. Making sure what could be highly sophisticated models, at the end of the day produce data results that are understandable by people who … are not themselves analysts or technologists.”

A new management system is also online, Agrawal said, which tracks cases down to the investigative lead. This helps track in nearly real-time views, the day to day work of contractors and employees.

“We need to know down to the level of a particular [predictive] model, what the return on investment is so we can make refinements, retire models that aren’t as worthwhile as others and continue to develop and prioritize models based on historical trends,” he said. 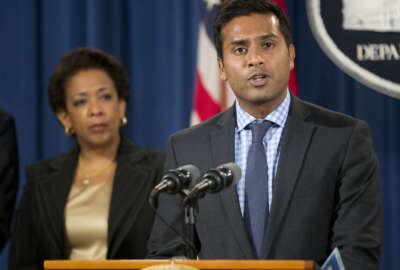 FPS 2.0 more user-friendly, but not for Medicare frauds