Artificial intelligence, a much-hyped trend in federal IT, is getting its own White House office, according to one of President Donald Trump’s leading technology advisers.

Michael Kratsios, the deputy assistant to the president for technology policy, said the new Select Committee on Artificial Intelligence would help foster greater public-private collaboration on advances in AI technology.

“This select committee will be comprised of the most senior R&D officials across the federal government,” Kratsios said Thursday at an AI summit at the White House. “It will align interagency R&D priorities and improve planning and coordination of federal AI investments.”

The new select committee will be co-chaired by the White House’s National Science and Technology Council and the directors of the National Science Foundation and the Defense Advanced Research Projects Agency (DARPA).

Kratsios said the new White House AI office will help ensure the U.S. remains on the cutting edge of an increasingly competitive area of research.

“We’ve already made America the best in the world for AI research and development. Our task now is to make sure America stays the best,” he said. “In the private sector, we will not dictate what is researched and developed. Instead, we will offer resources and the freedom to explore.”

Though the private sector outspends the government on AI research, he said federal dollars — and data — remain “a necessary part of our R&D ecosystem.”

“AI research is fueled by immense amounts of training data. We can greatly improve that research by opening access to the government’s vast troves of taxpayer-funded data in ways that don’t compromise privacy or security,” Kratsios said.

The announcement of the new select committee marks the latest step in the Trump administration’s doubling down on the government’s commitment to AI.

“Our guidance to agencies was clear. For the first time in history, the memorandum prioritized R&D investment in autonomous systems, machine learning, and quantum computing,” Kratsios said.

The federal government’s investment in unclassified R&D for AI and related technologies has grown by more than 40 percent since 2015.

“The one area that does concern us is a shortage or a lack of standards. And so, we have been focusing on specifications towards that end. And I think, when we have a full network of standards that everybody can live by, then I think that will be even more useful for all involved,” Maughan said.

Officials in government and the private sector are looking at ways the distributed ledger technology can ensure supply chain security.

Earlier this year, DHS launched an internal supply chain initiative aimed at identifying some of the cyber defense gaps between the federal government and its contractors.

Rep. Roger Marshall (R-Kan.) asked Maughan whether DHS holds a leadership role in overseeing the development of blockchain in government.

Maughan told Marshall that on the operational side of the equation, DHS does play a leading role on the cybersecurity.

“From the science and technology side, there’s a lot of coordination and collaboration going on in the interagency, and particularly in the blockchain area where we share what’s going on across the different agencies,” Maughn said. 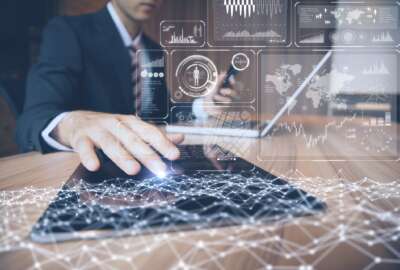 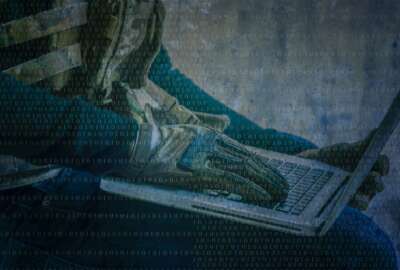