The Health and Human Services Department has more than 70 data sets that tell a story about the nation’s opioid crisis.

The information is a good start, but the department said it’s still striving to reach a point where it can collect and disseminate data in real time to predict what the next public health crisis might be — rather than react to it after the fact.

Today, though, HHS admits it’s not there just yet....

The Health and Human Services Department has more than 70 data sets that tell a story about the nation’s opioid crisis.

The information is a good start, but the department said it’s still striving to reach a point where it can collect and disseminate data in real time to predict what the next public health crisis might be — rather than react to it after the fact.

Today, though, HHS admits it’s not there just yet. But it’s developing a specific data sharing and governance strategy that the agency hopes will launch HHS in the right direction.

“A lot of the data that we collect is because we’re running particular programs,” Mona Siddiqui, chief data officer for HHS, said earlier this month at REI Systems’ data analytics breakfast at John Hopkins University in Washington. “Are we in a place where we are collecting data that can predict the next thing? I don’t know. I don’t think so.”

This was one of several concerns HHS heard when it convened a series of working groups with senior leaders and rank-and-file employees to discuss how the department could become more efficient. Concerns over HHS’ data-sharing and governance strategy — or lack thereof — were a pervasive theme in those discussions, Siddiqui said.

That prompted Siddiqui’s office to begin a series of interviews with HHS senior leaders and ask subcomponents to identity high-value data sets within the department. The effort took about a year.

“We heard things like, ‘HHS is data rich and information poor,'” Siddiqui said. “That tells me that over the course of the last many, many years, there has been a culture shift that’s happened at HHS. More people are talking about the use of data, people who are not necessarily embedded in that space every day but who understand that there’s more value that could be created from HHS’ data.”

HHS also hosted a “codathon” last December, during which it used a test-case to spark interest in agency leadership in data-sharing. The agency invited about 250 coders to review 70 different datasets on opioid use. The datasets came from HHS, the Transportation Department, the Census Bureau and others, Siddiqui said.

“It was my team’s sprint to understanding what some of the challenges are for data-sharing, whether those were legal, technical or, frankly, cultural in many cases,” she said. “It’s also a great opportunity to showcase to leadership that can happen when HHS data is put as the mechanism to help address one of the biggest problems that is facing our country today.”

The department released a report on its challenges last month, which details the state of data sharing across HHS’ 29 distinct sub-agencies. Siddiqui described it as the first comprehensive review of data-sharing within HHS.

The findings, she said, may not be so surprising to most agencies.

“We don’t have standard processes for data-sharing,” Siddiqui said. “Sometimes data use agreements can take a year. … We don’t have standard technical formats if we share data. Sometimes when I ask for data, I’m referred to a PDF. Again, not acceptable. Our agencies are not resourced appropriately, frankly. We say a lot about what they should be doing, but the resources speak to the priorities, and we’re not resourced appropriately either with staff and expertise or financial resources to be able to really make data-sharing a priority across agencies.”

Today, HHS is using the report’s findings to work with five other agency subcomponents to develop a future state governance structure for the entire department.

Siddiqui hopes the department will be able to tackle some of the inefficiencies she sees in how HHS subcomponents acquire data.

Specifically, HHS wants to best determine how it can collect more real-time information, instead of receiving and publishing an annual report on a particular set of topics.

The Centers for Medicare and Medicaid also isn’t any closer to being able to use the data it has on hand to predict the next future epidemic, said Allison Oelschlaeger, chief data officer for CMS.

For now, CMS sees an opportunity to make much of its own data public. More public data means CDC, other agencies and even private sector or non-profit organizations have more chances to collect and use data from a greater variety of sources to predict the next epidemic or public health crisis, Oelschlaeger said. 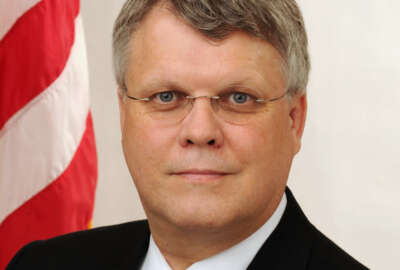 Tracking transplant organs like mail, and other HHS innovations