The company on Wednesday announced that it had developed an experimental processor that took only a few minutes to perform calculations that would have taken the most sophisticated supercomputer up to 10,000 years to complete.

This cutting-edge research into “quantum supremacy,” according to the Associated Press, could accelerate developments in artificial...

The company on Wednesday announced that it had developed an experimental processor that took only a few minutes to perform calculations that would have taken the most sophisticated supercomputer up to 10,000 years to complete.

This cutting-edge research into “quantum supremacy,” according to the Associated Press, could accelerate developments in artificial intelligence, and on the flip side, could crack the most sophisticated encryption available today.

But Google didn’t make this discovery in a vacuum. As U.S. Chief Technology Officer Michael Kratsios pointed out, in an op-ed in Fortune, the company relied on the Energy Department’s supercomputers, the expertise of NASA’s Quantum Artificial Intelligence Laboratory and the National Science Foundation’s support of university partners.

“No one entity could have achieved this historic milestone on its own,” Kratsios wrote in his op-ed. “Instead, academic, industrial, and government teams worked together from the bottom up to push the boundaries of science and unlock new potential for human advancement.”

Google’s quantum breakthrough, Hancock added, stood out as an “example where American cooperation between industry, academia and the government continues to lead the way.”

But that collaboration with Google stands out as just one example of what OSTP and the National Institute of Standards and Technology see as a reimaging of the role of the federal government in science and research.

That vision, part of a cross-agency priority (CAP) goal in the President’s Management Agenda, looks at how research agencies can lean more heavily on the private sector’s investments, and in return, streamline the way research from federal labs makes its way into commercial products.

As part of this effort, the National Institute of Standards and Technology has launched a Return on Investment Initiative and released a “green paper” in April that provides a lab-to-market roadmap.

“It’s not really a matter of getting a return to the government for this. It really is a return on your taxpayer dollars that are invested in federal research in development … How do we produce new products and services that are available for people to buy, that really make a difference in people’s lives?” Zielinski said.

The CAP goal team has also looked at seeking copyrights for software developed in the government for the private sector to raise capital and develop products.

“By no means does this mean we want to make a very broad copyright of all the software that comes out of the government. It actually doesn’t mean that at all,” Zielinski said. “We really want to be very careful in examining, ‘Do we think the copyright is needed for the commercialization of the technology – really to raise some private capital – rather than continue to make it something that the government must sponsor and that we have to use taxpayer dollars for.”

The Trump administration, Hancock said, is also exploring ways to link this CAP goal and the Federal Data Strategy it started to roll out in June. That linkage, she added, could include using data to measure the impact of S&T policy on lab-to-market rollout.

While NASA put a man on the moon in 1969, and the Pentagon’s cutting-edge tech branch, the Defense Advanced Research Projects Agency, developed the foundations of the internet just a year before, the federal government, once the undisputed powerhouse of technological expertise, has more recently taken a backseat to the private sector when it comes to investments in research and development.

According to data released by the OSTP, the federal government’s annual investment of $150 billion in R&D makes up one-third of research funding in the United States. The majority of the $500 billion in R&D spending comes from the private sector, with academia making up the difference.

While President Donald Trump passed executive orders this year placing a nationwide focus on artificial intelligence and quantum computing research, the president also proposed a budget for FY 2020 that would cut overall federal R&D spending by 11%.

“In order to make significant advancements in technology, we look at who’s making these investments. It’s a combined, team approach,” Hancock said in a webinar hosted by the Government University-Industry Research Roundtable.

That shift in policy calls back to the “First Bold Era” of federal research following World War II.

“Success will depend, in large part, on our ability to leverage — in entirely new and creative partnership and collaborative frameworks — the multisector S&T enterprise that emerged during the First Bold Era,” the memo states.

Agencies already have channels for working with the private sector on commercialization efforts. The Federal Lab Consortium, for example, serves as a clearinghouse for companies to seek out government labs, expertise and technology.

The Energy Department, meanwhile, has its Lab Partnering Service that serves as a single point of contact for industry to work with the agency’s national labs and their scientists. 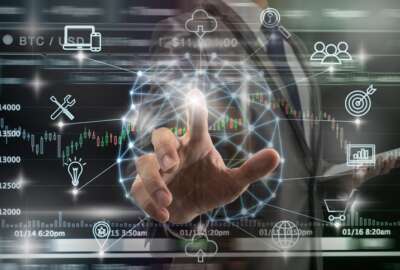 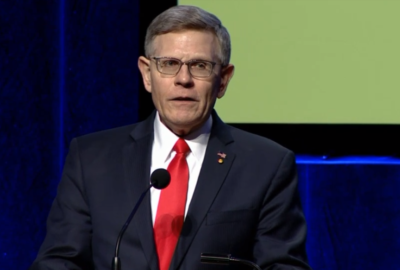 White House science chief: ‘We don’t really have a clue’ about number of AI researchers