The government pays for billions of dollars worth of scientific research each year, beyond the science conducted by federal agencies themselves. One member of Congress says American science faces threats from many directions. He’s in a position to help, as the new chairman of the House Science Committee’s investigations and oversight subcommittee. Illinois Representative Bill Foster joined the Federal Drive with Tom Temin to discuss.

Tom Temin: Tell us what are the priorities of the committee? I don’t think that’s a widely known committee, actually, that there’s investigations and oversight of science.

Bill Foster: Well, the subcommittee’s empowered with investigative and oversight authority over all matters concerning non-defense, federal research. For a long time, I was the only PhD scientists in the U. S. Congress. And now, as a result of the last election, I’ve been joined by my Republican colleague, Jim Baird. who is also on the science committee. A lifelong farmer from central Indiana, who in his youth got a PhD in swine nutrition. But he and I are partners on one of our endeavors, the Research and Development Caucus, and it’s just a wonderful new member of the committee, and we now have a bipartisan PhD caucus in Congress.

Tom Temin: Is one of the issues the influence of foreign governments that may or may not be friendly to the United States. I’m thinking of the recent issue at Harvard, where a professor receiving a lot of federal funding over the years didn’t disclose that he was also getting money from China.

Bill Foster: That’s right. Well, transparency is the first crucial step. If members of our academic community will not be upfront about where they’re getting money from, its a problem for our national security. It’s also a problem for just, frankly, straight up corruption when money is being taken, for example, by drug companies an is given to doctors that may be involved in clinical trials of those drugs. So we have to make sure that the starting point is transparency. Then after that, we have to think deeply about how open we want to be in sharing research and dual-use technologies. This is really tough because almost every technology can point to these days has dual use capability. If we’re going to hold on to the model of open science where results are published, we have to deal with the fact that the moment a result has published it goes off shore. And if the economic benefits of that research are immediately captured, not in the United States but offshore, we have to think about how to handle a technology transfer.

Tom Temin: Do you have any particular ideas on how that might happen? The prevention of someone else benefiting from science done here and paid for by taxpayers.

Bill Foster:  Well, as long as it’s a two way street, then it’s acceptable. But if a country takes the attitude that what’s ours is theirs and what’s theirs is theirs, then I think we have a problem. And we haven’t seen a lot of particularly technical and military research, dual use research, flowing both directions here. This is one of the issues we’re looking at. But we have to be cautious. For example, all of the wonderful work on artificial intelligence, the breakthroughs that happened in Canada and the United States and England largely in the last decade, have immediately been abused by the Chinese. Which is the big entity in the room in this discussion. But it’s been used to oppress their weaker population and suppress civil liberties immediately. We have to think carefully about how both of our federally subsidized research and our commercial research could be abused abroad. So this is a very broad topic.

Tom Temin: Getting back to the issue of corruption and transparency that you mentioned earlier. Is it corruption per-se if drug companies were involved in funding research, or only if it is not disclosed?

Bill Foster: If it’s not disclosed, or if the researchers take actions that they would not have taken if they had not received payment or come to conclusions that they would not have come to without receiving payment. There’s a long and sorry history of the tobacco industry subsidising what effectively amounts to fake science and inserting that into the normal blood stream of scientific research. There’s a lot to worry about in that area.

Tom Temin: In your statement, upon taking this role just about a month ago, you said American science is under attack. What else did you mean by that?

Bill Foster: Well, one of the things that clearly, we have more and more pure competition around the world. Part of that is because of something we’ve done over decades. Following World War ll, we opened our economy and our universities to Germany, Japan, Italy, South Korea and Taiwan with the understanding that they would get access to our technology and our economy with part of the understanding that they would also become liberal democracies, which, by and large they have. China took a couple of steps in that direction but is unfortunately now stepping away. So we have to understand what we can do to encourage them to rejoin the path towards becoming an open society, and we have to understand what we will do to the extent they refuse to do so.

Tom Temin: Even though the percentage of worldwide spending on science that the United States has is lower because of the increases elsewhere around the world, we’re still a big spender on science, and a lot of that does go through federal grants. What’s your feeling about how grant recipients should be reporting and what kinds of oversight the federal government should have on grant recipients?

Bill Foster: I think that should be part of the understanding that that with taxpayer is going to give money to a researcher. The researcher owes it back to the taxpayer to say where else they’re getting money from, and who else has a call on their expertise and their research.

Tom Temin: Anything else on your mind as you take on this new position?

Bill Foster: Well, I’ve long been committed to nuclear security, specifically the minimization of weapons grade materials like highly enriched uranium. I look forward to leveraging my new position as chair to bring more attention to this critical issue, which is important to preventing a worldwide arms race. And I think we’re also going to have to continue to look hard at the effects of of non-technologically competent political appointees when they are put in charge of a technical project or technical agency. And then because they don’t have the technical background they should, they end up making very bad decisions. This is not just about Sharpie Gate and so on. This has to do more with political appointees, often in acting positions, that simply don’t have the expertise and experience to know how the system should operate and what checks and balances are in our system to make sure that all researchers are treated fairly and the money gets sent to the most promising research projects.

Tom Temin: Earlier in your career, you did work with the national laboratories, which are huge for science for the federal government. What’s your sense of how things were running on that end of things?

Bill Foster: Well, one of the many hats I wear around here as one of the bipartisan co-chairs of the National Labs Caucus. So we’re in the process of having congressional delegations with many members coming to each of the 17 Department of Energy national labs. We’re about just halfway done with those 17 labs right now. And I’m really, positively impressed at the way at the enthusiasms that members of Congress show when they see the great science that’s done at those national labs. This is very far from just, you know, making nuclear weapons, which may have been the start of the national laboratories. But they branched out everything from sequencing the human genome to groundbreaking research in renewable energy.

Tom Temin: Will you keep an eye on the many stem activities that are going on throughout the government? Many agencies have them to make sure that the talent pool is there in the future for scientific work.

Bill Foster: Yup. That is pretty much a job one. If you look at the long term viability of our economy in a competitive world, we have to maintain the stem workforce, and you know that starts with educating the next generation’s. My staff has discovered that when I’m back in Illinois and I get a little bit grumpy about this job I’ve taken on that they can always cheer me up by taking me to a science fair or something like a robotics competition, where you get to see these young kids so excited about about the technology that is shaping everyone’s lives.

Bill Foster: Happy to be here. 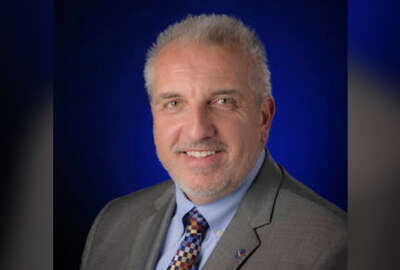 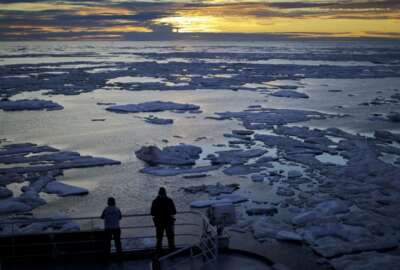 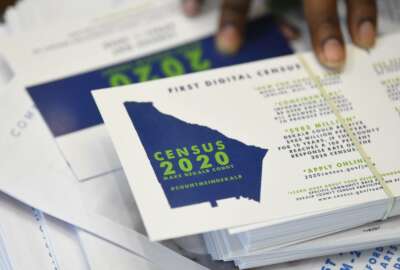