The Energy Department is looking to increase isotope production

Several important branches of research in the United States rely on isotopes radioactive materials that are in short supply. The Energy Department considers them strategically important. To boost U.S. isotope production, DoE will make $16 million worth of grants to advance R&D for domestic isotope production. For an explanation, Federal Drive with Tom Temin spoke with the director of Energy’s office of science, Dr. Chris Fall. Read more here.

Tom Temin: Dr. Fall Good to have you on.

Tom Temin: Tell us what isotopes exactly are. I think people have a general idea and why they’re important to various branches of research.

Dr. Chris Fall: Sure, thanks for having us, the Department of Energy. Everyone growing up in school seeing the periodic table of elements. And isotopes are variations on each of those elements. They may have more neutrons, they may have slight differences, and we call those isotopes of the elements and those are really important for a number of things. You mentioned research and certainly They’re used in biomedical laboratories all the time for research. They’re also used for industrial research. They’re used as tracers, they’re used for imaging. But they’re also really important because they’re used for medical treatment as well.

Tom Temin: And they are in short supply, these are things that you don’t dig out of the ground. Are they made in a factory? Or how do isotopes come into being?

Dr. Chris Fall: Well, that’s a great question. They’re generally made in reactors or in accelerators. They’re byproducts. Originally, they do exist in nature as well. But when we want to concentrate them, we isolate them from nuclear fuels, or we shoot targets with accelerators and produce them that way. And some of them are in very short supply. So let me just contrast two things. There’s a huge actual industrial market for isotopes around the world, about $6 billion on the biomedical side and you could double that if you think about all the industrial uses. So there are an awful lot of isotopes out in the world being produced by commercial manufacturers. But there are a lot of isotopes for which there really isn’t a viable market. And some of them are very important. And those are the ones that the DoE steps in, in this country to produce and to refine for research and for other uses.

Tom Temin: In other words, they don’t have a commercial market. But nevertheless, they’re vital for these niche markets.

Dr. Chris Fall: That’s right. They can be vital. We do a number of things with them, we, you know, we do research for sure, we use special isotopes as well ourselves. One great example is deep space probes. They use an isotope to generate electricity way out in space where the sun doesn’t shine. And so solar panels don’t work. That’s an example of an isotope that the Department of Energy produces for NASA, and there are others.

Tom Temin: And tell us about the grant program then, you’re going to offer $16 million in new funding to advance research and development for isotope production, that implies that we need more isotope production in the United States.

Dr. Chris Fall: Well, we do need new isotope production. And we need new ways of using isotopes. And so our program does three things. It does produce, as I mentioned a number of isotopes. We also maintain the critical infrastructure necessary to do that so that we aren’t dependent on foreign sources. So if we choose to, we could make all of the isotopes we need in this country. And then there’s also the research, producing new isotopes, new ways of using existing isotopes, and also developing the workforce. It’s a very, as you can imagine specialized world of radio chemists and physicists, engineers who understand and love this technology and want to work on it. And so part of our job through stimulating and funding research is also to train the next generation of people able to work in this field and to produce isotopes.

Tom Temin: Is this something in which the United States is in competition with, say China? And I think to make the analogy of, say batteries, where a lot of the raw materials for electric car batteries and so forth are difficult to source in the United States, and so therefore, we’re dependent on places like China. Is that the case for isotopes?

Dr. Chris Fall: Well, yeah, I don’t want to rule them out, but historically been much more of a competitor with Russia. But China also has a substantial nuclear infrastructure. Again, not all of them are radioactive. But many of these isotopes are derived from the nuclear industry or from nuclear weapons were sort of refined from those materials. And so China can produce them as well. Our real competition lately has been Russia.

Tom Temin: Got it. So these grants then are open for application, what types of organizations do you expect to apply for them?

Tom Temin: I mean, is the resulting product something you can fit in a medicine jar? Does it take a semi trailer? I mean, what what comes out for these types of production facilities?

Tom Temin: So something that you would deliver in a lead box the size of a lunch box, maybe?

Tom Temin: And what kind of capital equipment does it take? Because I think of say like an accelerator, and those are billion dollar things that occupy hundreds of acres underground. We’re not talking about that type of facility are we?

Dr. Chris Fall: Well, accelerators is one way to do it. There are three ways to get these one is reactors, one is accelerators, and the other is to refine these isotopes out of the existing stockpiles of nuclear material, say leftover from the Cold War. We don’t envision with the $16 million grant program is not about investing necessarily in infrastructure at universities, it’s much more funding teams of scientists to use existing infrastructure to use the isotopes infrastructure that we already have in place.

Tom Temin: So it sounds like there are some big challenges or grand challenges as we go forward in isotopes. Maybe you could describe what they basically are.

Dr. Chris Fall: I think the you know, I’d say challenges and opportunities that you know, every day we’re developing new uses for these isotopes are particularly excited about the new alpha emitters that we can use for cancer treatment, for example. I would say the challenges the enduring challenge is to reduce dependence on foreign sources, obviously. And part of the issue as I said, a lot of these isotopes are derived from stockpiles of nuclear materials that came out of the Cold War and we stopped doing that work at scale in about 1998, particularly our stockpiles of heavy stable isotopes are dwindling. And so we’re busy trying to find new ways to make those to isolate those, etc.

Tom Temin: So there’s a little bit of a time pressure here as those particular elements or those isotopes decay from when they were first produced?

Dr. Chris Fall: Sure, well, we have stable isotopes, and then isotopes that decay, but they’re all special. And, yes, there is time pressure. The radioactive isotopes do decay some more quickly than others.

Tom Temin: And it looks like final applications for this particular program are due June 15?

Dr. Chris Fall: That’s right, Tom. And that’s, you know, generally a standard application process. People put in applications, they’re reviewed and vetted and then the awards will come out six to eight months later.

Tom Temin: Dr. Chris Fall is director of the Office of Science at the Energy Department. Thanks so much for joining me.

Dr. Chris Fall: Thanks for having me, Tom. 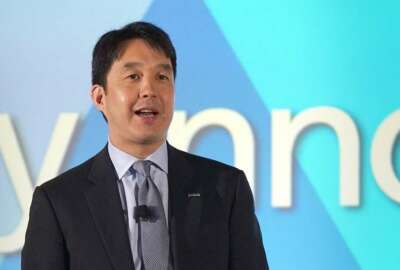 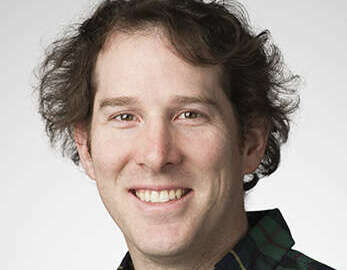