Electric cars seemed like a great idea until one considers that someday the batteries will require disposal. Owners can’t just bury them or stack them up somewhere. They’re full of toxins and recoverable materials. That’s why the Argonne National Laboratory has been working on a program to establish a US battery recycling industry. The Materials Recycling Group...

Electric cars seemed like a great idea until one considers that someday the batteries will require disposal. Owners can’t just bury them or stack them up somewhere. They’re full of toxins and recoverable materials. That’s why the Argonne National Laboratory has been working on a program to establish a US battery recycling industry. The Materials Recycling Group Leader in the Applied Materials Division, Jeffrey Spangenberger joined Federal Drive with Tom Temin for a progress report.

Tom Temin: Mr. Spangenberger, good to have you on.

Jeffrey Spangenberger: Hey, thank you. Thank you for having me.

Tom Temin: And this program is called ReCell and tell us what what’s exactly going on here. Because every time I go out somewhere I see more and more electric cars and I actually wonder, what happens to all those batteries somewhere down the road?

Jeffrey Spangenberger: Right now – actually, I should point out the vehicles that are on the roads right now are still pretty new. A vehicle lasts, say 13 years, and the electric vehicles with lithium ion battery technology in them, you know they came out around 2011. So 13, 2011 – that’s 2024. We haven’t even really reached the end of life for most of these cars. But the problem is, the batteries that have come to their end of life are not very cost effectively recycled right now. In fact, it may actually cost you money to recycle a battery out of your vehicle. So the point of ReCell, which is a program – actually it’s led by Argonne National Laboratory, but it includes the National Renewable Energy Laboratory as well as Oak Ridge National Laboratory, as well as a few universities as well. But the objective of ReCell is to make electric vehicle battery recycling more economically attractive, okay. So there are ways to recycle batteries now, you can do them but they’re fairly old techniques. And so we’re looking at newer, more novel techniques with a focus actually on direct cathode recycling to make it more economically attractive.

Tom Temin: And you can explain what direct cathode recycling is, but is the idea in general, here, that someone that would recycle would get more value out of what it is they obtained from the recycling, and therefore it would be financially worthwhile?

Jeffrey Spangenberger: That’s right. So a lot of times financials are what drive incentives for people to recycle. And so if you can actually make that battery worth money at the end of its life, because there’s a lot of good materials in there, then you can get people to want to recycle. And in fact, a really important point to make is that we need to recycle these materials in the United States, because we don’t produce most of the battery materials in this country. And we don’t manufacture many of the battery chemicals, if you will, that go into the battery. So we import them. And we don’t want to be in a position where we’re reliant upon other countries for our energy storage needs. So if we can bring these materials in the United States once, recycle them here remanufacture them into battery products and put them right back into our vehicles, that’s a really important thing for our energy security.

Tom Temin:  Sure, I can see that easily. And you mentioned a technology called cathode recovery. And that seems to be the promising element here. What is that briefly, for the layman?

Jeffrey Spangenberger: Yeah, sure. So to provide some insight, the current technologies are what we call pyro processing or pyrometallurgical processing –

Jeffrey Spangenberger: A battery – yeah, that’s right. You put a battery into a furnace, you basically burn off the organic materials and you melt the metals down and you separate them out. Another one is hydrometallurgical processing, where you put a battery into an acid, and you dissolve the metal components and then you separate them out. The only problem is they break the chemical structure of a cathode material, which is just something in a battery that’s really important, and you lose the cost and energy that went into making that cathode. So direct cathode recycling is where you remove the cathode material, whatever that is, just know that it’s important to remove it from a bad at end of life, you fix it as a cathode and then you can put it right back into a new battery. So you save all the energy and cost that went into the processing of making it into a cathode.

Tom Temin: And what is a cathode typically made of, say an electric car battery?

Jeffrey Spangenberger: Obviously, there’s lithium involved in it, it’s a lithium ion battery. A quick fact there is no lithium metal per se, in a lithium ion battery. Okay, this is lithium ions. So it’s a lithium metal oxide and that metal can be, the most common one is cobalt, and that’s really the one that people focus in on. It’s worth a lot of money. There’s a lot of controversy over it. But there’s also things like critical materials like manganese, there’s nickel, and there’s there’s other metals that are involved. Aluminum is one of them.

Tom Temin: Yeah, so in some ways, it’s almost related to the metals processing industry as much as to the electrical energy industry.

Tom Temin: We’re speaking with Jeffrey Spangenberger, he’s group leader for materials recycling at the Argonne National Laboratory. Then what is the process by which what you come up with translates into an industry? I don’t know anything about battery recyclers but you know, metals recyclers have been around for many, many years and they take cars and chop them up into little pieces and they pull out the castings. And those go to another bin and the sheet metal goes to another bin, but battery recycling takes place where now, if it takes place at all, and how can the spur an industry here in the United States?

Jeffrey Spangenberger: The beautiful thing is that the infrastructure for battery recycling of vehicles is already in place. A vehicle ends up in an auto recycler, just as you said parts are removed and resold. And the car, remaining car is then shredded and you recover your bulk metals, and that would be your ferrous and nonferrous aluminum and copper and things like that. But the battery would be removed by an auto recycler and then go to a battery recycler and from there, it would be disassembled to some extent and then go through the process of actual battery recycling, which is where all the fun is in my world anyway. And then those materials, you know, they end up – obviously, we want to try and keep it a closed loop so it goes right back into the batteries that feed our vehicles. So any opportunity there is huge. If we can do that cost effectively, then we can actually lower the cost of our electric vehicles because we can use these recycled metals and materials in our batteries going back to new cars.

Tom Temin: And just to question about the battery itself, do you recycle and save the battery in the form factor that it was or does the recycling process result in just raw materials, which are then sold to a battery manufacturer?

Jeffrey Spangenberger: So with direct cathode recycling, we would generate the cathode powder, which would then be used to manufacture a new battery all together.

Tom Temin: Got it and then there are materials in the rest of the battery that are valuable also for recycling.

Jeffrey Spangenberger: There are in fact, we have four focus areas and one of them is direct cathode recycling. Another one is recovery of other materials – it’s actually not a very pretty name, but it says the story. And so we’re looking at ways to recover and recycle the anode. So there’s a cathode and anode. The anode is mostly graphite. So we’re working on that. There’s plastics and a battery, you can go after there’s an electrolyte salt, whatever that is that has value. And so we’re going after those materials as well on the resale program.

Tom Temin: Because the alternative could be pollution in the storage of these things, or burial or some other lesser form of disposal. I imagine given the size of the auto industry and the growth in electrics. This could be a really national problem if we don’t figure out the recycling pretty soon.

Jeffrey Spangenberger: Yeah, so in a lot of states, there’s actually in the laws right now, you can actually landfill a lot of your lithium ion batteries. It’s on a state-by-state level. However, the bigger challenge, I think, is the fact that if we don’t recycle, we’re going to actually run out of some of the materials that the earth offers us to make these batteries. We need to capture these materials, not put them in landfills so that we can actually continue to produce the batteries without costs skyrocketing because you have to dig so deep.

Tom Temin: And a lot of these materials do come from China. China has a lot of electric cars. Europe is getting more and more electric cars. So it seems like each zone is going to have to be able to recycle its own material to sustain its own automotive and electrical storage needs.

Jeffrey Spangenberger: That’s exactly right. And we need to position ourselves to take care of our needs and make sure that we have our energy security.

Tom Temin: And is there a timeline on your project or if this is just going to be something ongoing and new discoveries get spun out?

Jeffrey Spangenberger: So the timeline, as I said, we’re doing bench scale testing last year, we’re scaling it up now. We’ll be able to demonstrate on a unit operation-based demonstration in about another year, year and a half. Then in the next two years, we’ll be out to put together a demonstration pilot plant of this. And then another couple years there to get to a production scale and actually be realized by the recyclers.

Tom Temin: All right, we’ll be watching Jeff Spangenberger is group leader for materials recycling at the Argonne National Laboratory. Thanks so much for joining me.

Jeffrey Spangenberger: Thank you for having me.

Tom Temin: We’ll post this interview along with a link to more information at FederalNewsNetwork.com/FederalDrive. Subscribe to the Federal Drive at Apple Podcasts or Podcastone. 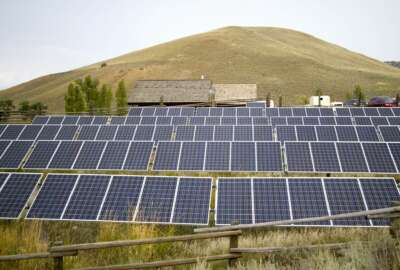 As Army pushes toward 1 gigawatt renewable energy goal, emphasis is on resiliency 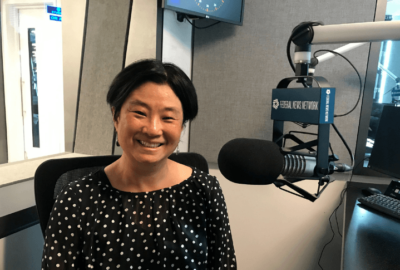