A new strategy from the Defense Intelligence Agency Chief Information Office published at the beginning of 2021 helps lay out the agency’s data and IT goals. The document was not only for its employees and other agencies the DIA works with — it was also a message to vendors and other partners on what the needs are and how they can help.

It’s also a “tweaking” of the DIA CIO Strategy for 2021-2025 released last year, which is broken up into four overall goals: Drive customer centricity, deliver data to the point of need, optimize the DIA CIO core, and equip the workforce. As for that fourth goal of equipping the workforce, DIA’s CIO Jack Gumtow said the term “workforce” was clarified to include vendors and academic partners.

“Customer centricity” stems from the common assumption that IT does things for IT’s sake rather than for customer purposes, he further explained to Federal News Network Executive Editor Jason Miller.

“Customer centricity is really about getting engaged with the customer or your partner, as the case may be, and understanding what they really want to do — not in a, ‘Hey, I need this system, can you go build it?’ but it’s their daily OODA loop. So we understand ahead of what they’re doing, that we can anticipate their needs, and then validate those needs with them, and then move out,” Gumtow said on Federal Monthly Insights — Digital Modernization (Managed Services). OODA loop stands for “observe, orient, decide, and act,” a type of military decision-making process.

He also said DIA stood up a customer experience group that brings together personnel from another center or within the CIO’s office, to hold discussions of what works or doesn’t. The iterative process helps IT staff become more ingrained with customers’ needs.

“Another piece of this is in the past, CIO writ large has been not as transparent as what I would like to see,” Gumtow said on Federal Drive with Tom Temin. “So when I came into this job almost three years ago, June of 2018, one of my first goals going in is transparency.”

That transparency extended to what OCIO staff were doing, to their customer interactions, to budgets and to goals or objectives. He said this approach would limit any doubts that the CIO’s office was acting in others’ best interests — not just their own.

Meanwhile, cloud computing crosses all four strategy goals, and developments such as the Commercial Cloud Enterprise (C2E) contract recently awarded to IBM, Google, Amazon, Microsoft and Oracle makes for some exciting possibilities, Gumtow said. He predicted a large learning curve to become fully conversant in cloud technology, and that factoring physical limitations including transport lines and the potential for network outages must be considered for the cloud ecosystem.

“So you have to have that level of redundancy and resiliency built into it. And it can’t be just a single node, cloud node back on the East Coast that provides support to the whole world. That’s just not feasible,” Gumtow said. “So the opportunity [of] C2E with multiple clouds, multiple opportunities — yeah, it’s exciting within the constraints that I said that, hey, there’s a level anxiety of ensuring that we understand how to orchestrate across all that.” 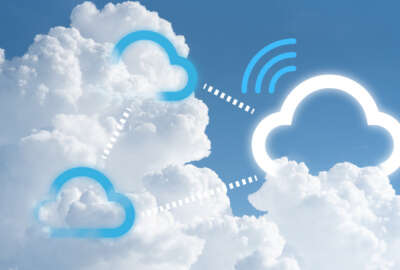 GSA, DoD try again to get multi-billion dollar cloud contract up and running

Maintaining cloud flexibility: Where is the Department of Defense headed?