For this atmospheric exploration, NASA teams up with Germany’s space agency

A teaming arrangement between NASA and Germany’s Aerospace Center has started focusing on the Earth’s mesosphere and lower thermosphere, where scientists say they’ve got a lot to learn. They’re using an instrument known as the Stratospheric Observatory for Infrared Astronomy, or SOFIA. With how the joint venture works and what each country brings to it, Federal Drive...

A teaming arrangement between NASA and Germany’s Aerospace Center has started focusing on the Earth’s mesosphere and lower thermosphere, where scientists say they’ve got a lot to learn. They’re using an instrument known as the Stratospheric Observatory for Infrared Astronomy, or SOFIA. With how the joint venture works and what each country brings to it, Federal Drive with Tom Temin turned to the Director of the SOFIA Science Mission Operations Dr. Margaret Meixner.

Tom Temin: Dr. Meixner, good to have you on.

Tom Temin: Now, Dr. Meixner, you’re with the Universities Space Research Association – that’s a kind of a third element in this whole setup. Tell us how the program is set up and what the association’s role in it is.

Margaret Meixner: Sure, NASA Ames manages the whole SOFIA project, but they partner with – in tandem with the Universities Space Research Association. And we manage basically that, we bridge the science to the community into the public. So we basically deliver the science.

Tom Temin: Got it. So this is one of many projects that the association is involved with?

Margaret Meixner: Yes, there are a number of other institutions around the country, and we partner with NASA on projects, such as SOFIA.

Tom Temin: Okay, so tell us more about SOFIA – SOFIA is the thing that is gathering data. Is it on the ground, is it orbiting the Earth, what is it?

Margaret Meixner: It’s actually in between. So SOFIA is an airborne observatory, which conducts research that’s impossible to do from the largest or even highest ground-based telescopes. So SOFIA flies 30,000 – 45,000 feet above the Earth to observe infrared light. So basically, it gets up high enough to get above the water vapor which coats a veil to the infrared light and prevents it from getting to the ground. But if you fly up above that, you can see all of it all that light, even study water itself. So SOFIA is a 80/20 partnership, as you mentioned, between NASA and the German Aerospace Center. It consists of an extensively modified Boeing 747 SP aircraft carrying a reflective telescope that’s 2.7 meters in diameter. Basically, there’s a door that opens up in the back, it does observations and when it’s done it closes the door and they land.

Tom Temin: Got it. Yeah, so it’s almost similar to an [Airborne Warning and Control System] type of aircraft and that it flies like a jet plane flies, but it’s got something on top that’s very specialized. And so the mesosphere and the lower thermosphere, what is the importance of those, in terms of what you’re learning up there and infrared light?

Margaret Meixner: Right, you must be talking about where we took an observation, basically, of the Earth’s atmosphere. It’s a very interesting thing that someone did, because we, of course, study astronomical objects. So we’re studying things above the Earth’s atmosphere. But SOFIA really has an impact on all walks of NASA science. And so what people did was they took our data – because we have to observe through the Earth’s atmosphere, so we observed those mesosphere and those layers, because we don’t go into space. And so they took the light from the observations, and were able to measure and monitor, like the oxygen line in the atmosphere, to determine sort of temperature stratification. So they’re learning a lot about the Earth, as well as we are learning about astronomy. And it’s done basically as a byproduct. It’s in our archive, and people mind the archive and discovered this. So it’s pretty cool.

Tom Temin: Got it. So SOFIA can also look at black holes and things way out there, because it’s got a clear view from 35-40,000 feet. But while you’re at it, there’s some really interesting things going on in the thin part of the atmosphere. Fair enough way to put it?

Margaret Meixner: Absolutely, absolutely. In fact, we had a result released last year where we’re looking at a cold quasar, where you have a black hole that you can detect with SOFIA but then it has enough gas around it that it’s actually actively forming stars. And this was a conundrum because it’s thought that when black holes turn on, basically, the galaxy shuts down and becomes what they call “red and dead” – like no more stars form. And this was a case where you either are cathcing it in the act, or it’s a challenge to theories, because why do you have them both so intensively active at the same time?

Tom Temin: Got it. We’re speaking with Dr. Margaret Meixner. She’s director of the SOFIA Science Mission Operations at the Universities Space Research Association. And is this with human eye observation that these learnings are coming? Or is this telescope or this dish on top of the plane simply gathering lots of data and then that’s downloaded and then people infer what’s going on through data?

Margaret Meixner: Yeah, it’s very much data driven as you were. We use computers and computer processing to process the data. And the light is not like that the human eyes sensitive to so if you think of the colors, the rainbow, you have red and you go longer red, like if you can see beyond there. They needto get to the infrared. And SOFIA covers all of the infrared. That’s what’s so amazing about it. It covers a huge wavelength range that has a lot of untapped science potential and astronomy. And SOFIA offers astronomers that so they can discover things in that wavelength range. They’re brand new that no one’s ever seen before.

Margaret Meixner: Mainly, we will be able to determine what’s happening in the Earth’s atmosphere that sort of above where SOFIA is, that’s what it’s observing.

Tom Temin: And does SOFIA fly every day? Does it fly once a month, once a year, does it criss cross the globe in different directions? How does it get a good sample? Because one plane flying in the line is only going to get a tiny piece of the atmosphere.

Margaret Meixner: You are very smart, Tom! Yes, absolutely. So we actually have very intricate flight planning to get the observations that astronomers propose. We can fly anywhere in the world. But we in fact, we recently returned from a deployment in Germany, where we observed in Germany and we typically fly a lot at a Palmdale, California, that’s where NASA Armstrong [at Edwards] Air Force Base is, but we also deploy in the southern hemisphere, because astronomers want to see the whole sky. If you stay north you just see the northern sky when people want to see things like the Magellanic Clouds. So we go down to New Zealand, we deploy from New Zealand. They’re looking for other sites to deploy from such as French Polynesia. And it’s been to give access to astronomers to see all parts of the sky.

Tom Temin: What if you want to overfly say, China or Russia? And this is purely scientific, there’s no other instruments on there that are spying on them. Is that something they allow? Or that you’re able to do?

Margaret Meixner: That would be a policy discussion. If it was found necessary to do that, basically, the SOFIA program works with the U.S. government through diplomatic channels to inquire, such as when we were in Germany. They had to get clearance from something like 40-plus countries, because we were flying over lots of countries. And if you don’t get the clearance, you don’t go there.

Tom Temin: Got it, sure so maybe there’s the possibility that the data could be shared with other countries and they could participate, possibility?

Margaret Meixner: Well, I can tell you actually, SOFIA has what they call an open skies policy. So that basically, we want the best science done with SOFIA. And so we do have people from all over the world apply to use the SOFIA instrument. We have what’s called a peer review process. We have a call once a year, astronomers put in proposals saying, “Hey, I want to look at the magnetic field shaping the Orion Nebula,” and they put that in and their peers look at it. And it’s like, yeah, that’s really cool science – you go. And that’s how they choose the science program. It’s actually highly regulated. The programs are – they’re are amazing science programs. We actually can’t even do all this amazing science programs. And so people reapply year after year but it’s a very competitive peer review process.

Tom Temin: And what about NOAA because they also have their [Geostationary Operational Environmental Satellite] satellites, and also observation platforms that fly and that go on the ocean and so forth. They must be interested in this data also.

Margaret Meixner: Yes, so the SOFIA archive is available and publicly available. So if like in Earth sciences like they did with this recent result on the Earth, they can access the data and work on it to learn what they need to learn. So people or scientists who use things like NOAA, yes, they can come use the SOFIA observations and could even propose to use it. We had this recent amazing result on the moon, where someone who wanted study to see if there was water on the moon, came and we discovered – because we get above the water vapor of the Earth – that there’s water molecules on the sunlit surface of the moon, which was very surprising to people because they thought how can water survive with the sun beating on it?

Tom Temin: Wow, sounds like a discovery a month here in this program. Dr. Margaret Meixner is director of the SOFIA Science Mission Operations. She’s with the Universities Space Research Association. Thanks so much for joining me. 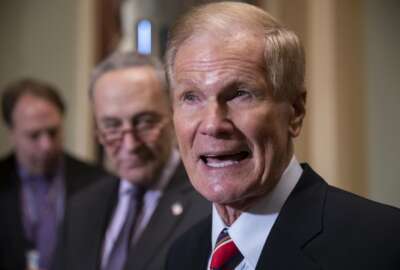 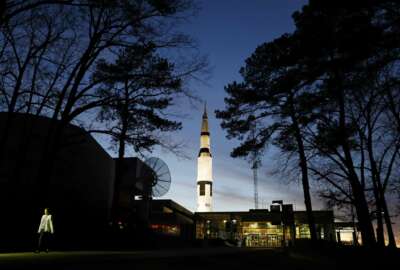