Two agencies that have say-so over the allocation of spectrum generally cooperate, but their agreements are 20 years old. And with the advent of 5G, it might be time to renew them. That’s one finding of an examination of spectrum oversight by the Government Accountability Office. The GAO’s director of physical infrastructure issues, Andrew VonAh, joined Federal Drive with Tom Temin for more.

Tom Temin: Andrew, good to have you back.

Andrew VonAh: Thanks very much, Tom. Glad to be here.

Tom Temin: You looked at the National Telecommunications and Information Administration (NTIA), part of the Commerce Department, and also the Federal Communications Commission. And specifically what do they do? It has to do with interference of spectrum users? Is that the issue?

Andrew VonAh: Yes, absolutely. And both FCC and NTIA have roles in managing spectrum. FCC manages spectrum on the commercial side, whereas NTIA manages federal use of spectrum. And so when there’s a need for additional spectrum for purposes like 5G, they do need to carefully coordinate in order to reallocate spectrum from the federal to the commercial side when needed.

Andrew Von Ah: Right. And in the case that we looked at in our report, we were looking at potential interference with weather sensors on satellites that detect faint signals from natural properties in the atmosphere that occur at the 24 gigahertz band. So as 5G looks to have more spectrum in that band, and licenses that FCC did auction off a couple of years ago, there’s the potential for interfering with those sensors.

Tom Temin: Got it. And so what happens when there is potential interference? What is the process supposed to be between the FCC and the NTIA? I guess that’s for domestic use.

Andrew Von Ah: There’s a couple of things at play here. One is on the domestic side where FCC and NTIA have a memorandum of understanding where they discuss and do joint spectrum planning, where they bring up issues on a regular basis. And for most of spectrum assignments, this happens without a hitch. But when there are more agencies involved, when there’s more potential interference, this can get a little trickier, particularly when there are studies needed to understand the extent of interference and the kinds of ways in which interference will manifest itself in the future.

Tom Temin: And can they generally work out these issues?

Andrew Von Ah: Generally, 99% of the time they do. It’s when there are reallocations at play where there’s competing demands for certain bands of spectrum, where it gets a little bit more complicated.

Tom Temin: Because the spectrum then is a finite commodity, I guess is the underlying assumption here.

Andrew Von Ah: Yes, absolutely. The usable radio frequency spectrum is a finite commodity that needs to be carefully managed and planned in terms of trying to allocate and manage both private and public use, which both have tremendous benefits for the public.

Tom Temin: And you found in general that when there is dispute over a piece of the bandwidth, they can generally come to an agreement and decide who gets what. I guess the question then is, what you looked at is what happens when they don’t agree. And there’s a dispute?

Tom Temin: So they could not come to agreement, and what happened then?

Andrew Von Ah: So when they couldn’t come to agreement, without any procedures in place to resolve their differences, it was left up to State to do whatever they wanted to do. And the agencies, FCC did recommend that they go with lower emission limits out of band emission limits, whereas NTIA and the federal agencies would have preferred higher emission limits.

Tom Temin: We’re speaking with Andrew Von Ah, our director of physical infrastructure issues at the Government Accountability Office. So you discovered a basic flaw in the agreement system, which is when they don’t agree, there’s no process for resolving it one way or the other. They can’t go to court and decide or there’s no third party judge here. And the other issue is that these agreements under which they cooperate are very old. So let’s talk about that issue first. Do they need to be updated in light of the new technology in this land rush for 5G, so to speak?

Andrew Von Ah: Well, we think they do and that’s what we recommended in this report: That FCC and NTIA revisit those documents and also the general guidance document that guides their preparations for international proceedings as well, which is a document that works through the State Department as well. So we think both of those documents need careful reconsideration, particularly in terms of roles and responsibilities and making decisions and finding ways to come to resolution on issues when the agencies don’t agree.

Tom Temin: And what are some possible avenues for resolution when the agencies don’t agree?

Andrew Von Ah: So they could identify the protocols for how these issues get elevated within each agency. They can determine the protocols for when they go to State for example, with what the position is. They can work earlier on to resolve these kinds of issues and disagreements earlier on in the joint spectrum planning process. And we also felt that they could really benefit from having some agreed upon procedures and approaches for conducting interference studies. In this case, the interference studies were very critical in terms of understanding how 5G antennas could potentially interfere with these weather sensing satellites. But those studies, they couldn’t agree on the outputs or the inputs or the parameters by which these studies were done. And so those never got presented. So State wasn’t able to use those or have those as a basis for their position in international proceedings.

Tom Temin: So it sounds like there are some technical issues that are arising because of 5G, new technologies that use 5G, the new internet of things types of deployments are creating more potential areas for disagreements to arise.

Andrew Von Ah: Right? Well, because 5G operates in some of these higher millimeter wave bands, as they’re known, they require a lot more antennas, those waves travel shorter distances. And so a large number of antenna are needed to use that spectrum and create a network. So in a downtown busy area where you’ve got hundreds, potentially thousands of antennas, those signals can bounce off buildings and bounce off the ground and all kinds of different services. And that creates that out of band emission that may interfere with the satellites’ ability to sense those 24 gigahertz signals.

Tom Temin: And what did you recommend to the agencies? And did they agree with it?

Andrew Von Ah: We recommended that they develop decision making processes and ways to resolve conflicts within their memorandum of understanding and the general guidance document. And we also recommended that they come up with some agreed upon approaches for conducting interference studies. All of the agencies agreed to work collaboratively to update these documents. So we’re hopeful that this can create a framework where at least they have a way to resolve their differences with a technical basis behind it.

Tom Temin: All right. Andrew Von Ah is director of physical infrastructure issues at the GAO. As always, thanks so much.

Andrew Von Ah: Thank you very much, Tom. Appreciate it. 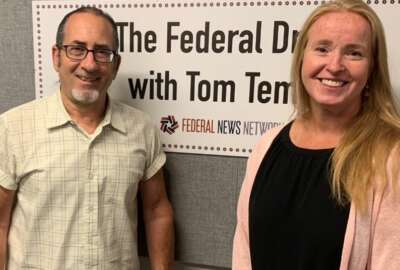 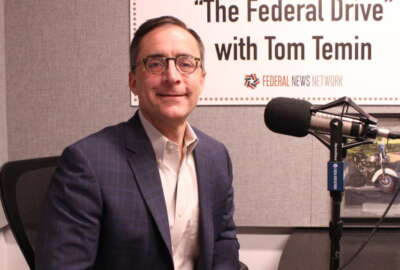 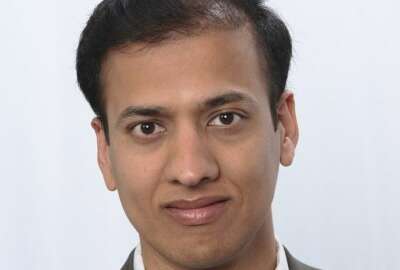