Tom Temin: And before we get to how this is all set up programmatically, tell us about why gamma rays and their production with high powered-lasers is important enough for at least a million dollars of this joint grant program?

Kendra Sharp: Sure, well, I can tell you, this is a really unique opportunity for our U.S. scientists working with the Czech scientists. They have access now to what’s called an extreme light infrastructure that is able to make high-powered lasers at a degree that was previously not possible on Earth. So this type of energy is observed out in space, but it’s not been observed on Earth. And it really does facilitate new applications in material science. And what we might call  extreme imaging, to be able to generate these types of gamma rays.

Tom Temin: Now I have hanging in my office, a piece of, I guess, about eight-inch thick steel that has a hole in it, and a melting run off from that hole that was produced by a laser in a Navy Test Center. We’re talking about something more powerful than what is available now in lase- directed energy?

Tom Temin: And what has been the limitation in doing it here on Earth?

Kendra Sharp: So there’s limitations in terms of the infrastructure in the science. And that’s what the particular facility that’s available in the Czech Republic is part of an EU-funded suite of infrastructure facilities. So it’s a combination of working with actually an industry partner to generate what’s considered a target. And that allows this level of gamma ray to be produced with this type of infrastructure on the laser. So it’s really it’s an advance in infrastructure.

Tom Temin: And is the sense of this program that energy created from gamma rays into laser light power has more than simply military applications?

Tom Temin: But first, we have to figure out how to do it, then.

Tom Temin: Alright. And tell us more about the relationship dealing with the Czech Republic, a small country, but it sounds like they have some pretty good scientific chops to get the NSF attention.

Kendra Sharp: They absolutely do. So I can tell you that our counterpart is an organization, the abbreviation is GACR, and it is pronounced and  typically referred to as gachr. So this is a collaboration between NSF and this organization, the getchr. This is something that developed over time, at the National Science Foundation, we are really all about advancing research, that’s one of our foremost priorities is advancing the research. And in doing that we’re committed to international science collaboration. Partners have to share our core values. But really, we’re committed to identifying opportunities where U.S. researchers can advance science in a way that they can’t do on their own. And that requires the international partnership. We work very closely with the Department of State and the White House Office of Science and Technology Policy  as we’re setting up these types of partnerships. So the one that we’re talking about today, the Czech Science Foundation, this is one that developed over a period of years, and it was NSF staff were exploring opportunities to figure out what were the real strengths, what were the collective strengths between the US and Czech scientific communities. So they identified a number of areas. One particular area was this plasma physics. And this was identified, as I said, through a series of delegations, both to the Czech Republic from U.S. and Czech Republic to visiting the National Science Foundation. So this happened over a period of years. We also had an embassy science fellow. One of our program officers participated in an embassy science fellowship, actually in the Czech Republic. And that’s really what’s led to this particular area of collaboration that we’re talking about today.

Tom Temin: All right, we’re speaking with Dr. Kendra Sharp, she’s head of the National Science Foundation’s Office of International Science and Engineering. She’s also a professor of mechanical engineering at Oregon State University. And who are the parties involved in actually doing the research? The grantees, academia, I presume, but also you mentioned there’s corporate involvement.

Kendra Sharp: There is. The first award under this partnership was just announced last month, and this is the one that’s using these novel methods to produce gamma rays. The NSF award is to the University of California, San Diego. It is a three-year award and on the U.S. side, the NSF funds are $632,000. Then there is a CZech partner and General Atomics is an industry partner that is involved in producing these targets that allow really the generation of these gamma rays.

Tom Temin: Just to diverge into science for a minute. How does a target result in the generation of the beam that’s hitting it?

Kendra Sharp: The experiments consist of a laser hitting a particular target. The targets, these can be really sophisticated multi-layered, and they could take weeks or months to produce, or it can be a puff of gas, or a drop of liquid in space that’s under a high vacuum. So what’s going on here is General Atomics is developing a very rapid target delivery system for high repetition rate experiments. So that’s also something new, is the repetition rate that is accessible under this particular facility. But it’s actually it’s kind of the space where the laser, the target is the space of the laser hits, which then leads to the interesting physics.

Tom Temin: I see. So the laser produces gamma from the target.

Kendra Sharp: Yes, so the target is required in order to produce these gamma rays.

Kendra Sharp: That’s right. So it’s the interaction between the very high intensity laser light and the target that produces those extreme gamma rays.

Tom Temin: Okay, then just what is the timeline for this? When do you expect to have something that could be demonstratable? And what about the intellectual property thus produced? Given that there is, you know, General Atomics involvement here?

Tom Temin: And I get the sense in general, that even the lasers have been around for several decades, we’re still at the dawn of the possible uses of them. Am I correct in that?

Kendra Sharp: I think so. I can tell you, I’ve used them in my own research. So my own research started out as using laser diagnostics to look at fluid motion. So what we did is we shot lasers, we shot laser sheets into some sort of flow field, in one case, it was for mixing applications. And then we took pictures of particles at one time instant and another and use statistical correlation methods to deduce the fluid flow. So I mean, lasers have been in use for decades, they’ve been in use, you know, in that case, that was an application where it was used for experimental fluid mechanics. And that was 25 years ago that I started doing that, but there’s so much more that we can do with them. And this particular facility is just offering a really new capability.

Tom Temin: Right, so it sounds like even mechanical engineering is no longer the sole activity that you might get in an erector set and a micronometer.

Kendra Sharp: Right now, I’m all about the fluid motion. 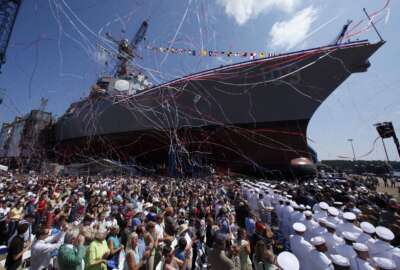 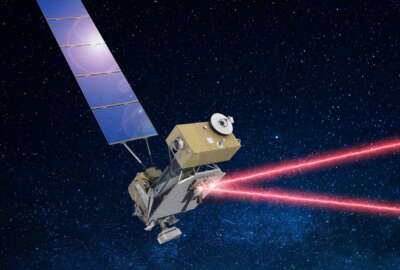 NASA looking to use lasers in space, but just for communicating