You can thank Sony, which brought us the Walkman, and Apple, which brought us the iPod and then the iPhone. One of the worst features of modern life is the end of the casual hello, now that most people’s ears are plugged when they’re out in the commons, likely listening to bad music. Half the people walking about, indoors and out, have their schnozes 2 inches from their smartphones, pecking away at nonsense.

On the other hand, the smartphone, and particularly the iPhone, has produced immense wealth. Apple itself has nearly a quarter trillion (that’s trillion) dollars in cash on hand. More than that, the ubiquity of internet-connected, graphic phones has sparked new industries and new approaches to old ones. In January, the biggest taxi operator in San Francisco went bankrupt because of the explosive popularity of Uber. Industry analysts who measure these things say more web access takes place now from mobile devices than from regular computers.

Mobile devices have also improved the productivity of millions. Federal agencies have been enthusiastic adapters of mobility. I’m using my fourth smartphone, an iPhone 6, following a succession of personal digital assistants stretching back to the Palm III. I think I still have all the chargers in a drawer along with a collection of styluses and screen covers.

My iPhone 6 might distill yesterday’s Apple news in microcosm. I got it in September 2014, the same day my granddaughter was born. She’ll be 2-years-old in the fall, and so will my iPhone. The child is irreplaceable. Not so with the iPhone, but I feel no compunction to upgrade and shell out, what is it, $700, for basically the same thing.

And thus Apple’s revenues fell 13 percent in its latest reporting quarter as sales of iPhones dropped 16 percent. China’s faltering economy and a strong dollar dampened Apple. But fundamentally Apple at the moment is lacking what in the tech world is variously called the next killer product or the next big thing. In the United States, half the smartphones sold are iPhones — a market share reached by General Motors in the 1950s. It’s pretty hard to get much more penetration than that.

The Apple Watch might have been that killer product. But it doesn’t really do much, is annoying to charge every day and carries a high price tag for an ugly watch with a colored plastic band. A truism from old Steve Jobs stated you don’t figure these things out by research or asking customers what they want. Tractor builder Henry Ford once remarked that if he asked his customers what they wanted, they would have said a bigger plough horse.

Some of the news sites quoted analysts saying Apple is in trouble, growth will never return, this is the end. A website called Quartz has a headline, “Apple just destroyed more than $40 billion in stock market value in under an hour.” As if that was the company’s intention or it was somehow malfeasant.  An alternate view in Forbes by Mark Rogowsky puts the financial news in a more mature perspective. As he notes, Apple still sells 1 million iPhones every 35 hours.

You can bump sales with step-function improvements in existing products. Last year, when Apple changed the MacBook to a super-light, thin form, I bought one sight unseen. It’s the first notebook I like carrying everywhere. But to propel the rates of growth Apple has experienced in the last decade, well, that might take the Apple Car.

Are you a hoarder or a neatnik? 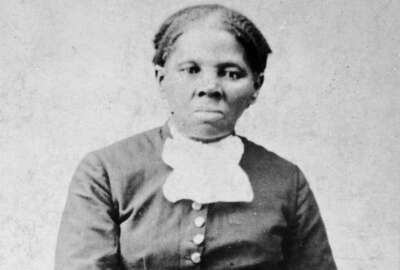