When Washington erupted in flames

Emotions are raw. Some people can’t wait to crowd into the inaugural balls. Others want to get out of town. Some members of Congress clamor to be close to the swearing in. Others vow to be far away.

Some groups have publicly promised to try and disrupt the inauguration, even cause evacuations of buildings or riots on the Mall. Law enforcement monitoring and techniques have become sophisticated in recent decades, so the chance of success for some sort of Guy Fawkes disruption is remote.

Yet Washington has a history of flames.

Long-time residents of D.C. and its environs will remember the sad aftermath of a sad event, when King was assassinated on April 4, 1968. I have vivid recollections of the weekend that followed. As a 13-year-old, I peered worriedly from a window in my grandparents’ apartment as a parade of troop-carrying vehicles roared down New Hampshire Avenue toward downtown D.C. President Lyndon Johnson had authorized federal troops to assist the D.C. police, which couldn’t handle the disturbances.

Earlier that Friday — the day after King was murdered — my little family of four had been shooed away from a liquor store on Georgia Avenue at Jefferson Street by a sympathetic but impatient private guard. He held the leash of a huge dog. He admonished us, “What are you doing here? Turn on your headlights, turn around and get out of here!” Wordlessly my father nodded, yanked the light switch on the Mercury and made a U-turn.

The ensuing riots have been well documented. Only recently has economic development finally erased the physical scars of the riots. The events themselves remain etched into the area’s collective memory.

Maybe one good thing came of the riots, if not immediately. Namely, a consensus that Washington, the seat of the federal government, and Washington, the home to hundreds of thousands of regular people, are linked by more than co-location. Often their two destinies coincide.

Starting Thursday afternoon, a nearly impenetrable security perimeter will — what’s the correct verb? — encase, surround, or imprison a big chunk of D.C. The effects of the security zone will extend across the rivers to Maryland and Virginia. My daughter, who lives in one part of the District and works in another, will basically be trapped at home teleworking.

Most of us will shrug. Like the motorcades, the closure of Pennsylvania Avenue, and the difficulty of visiting the most ordinary federal official for the most prosaic purpose, the inconveniences of Thursday through Saturday constitute one price of living in or near a mighty capital and the transition of leadership of the free world.

It seems as if equal halves of us are either thrilled with or in tears over the inauguration. But if we want to honor Dr. King in the same week as a highly debated inauguration, the least we can do is “sit down together at the table of brotherhood” and keep it peaceful in word and deed. 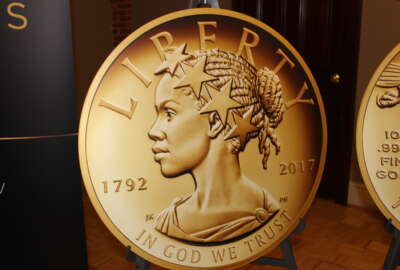 Wealthy and tapped to serve