They look benign and cute. In reality they wreck everything in their path. Occasionally, they’ve proved downright vicious.

They’re also the object of a multi-agency effort, led by the Animal and Plants Health Inspection Service at Agriculture.

You thought the environment had given you enough to worry about. Global warming, sunspots, volcanoes, invasive vines and bugs — it can be scary out there. Have you thought about feral swine? No, not your irksome in-laws.  I mean actual, invasive pigs that breed and otherwise live in the wild.

It so happens, the federal government is actively working to control feral swine. APHIS program manager Dale Nolte is USDA’s point man. Lots of his work involves coordinating with other federal and state agencies. The program goal is to eradicate feral swine where possible. And to control them where they’re too numerous to wipe out. Congress has been funding the effort for three years.

Nolte explains, the swine were brought to North America by colonial-era Spanish settlers. Until the 1980s, they existed benignly. Now they multiply fast. Nolte says they eat just about anything. They ruin fields and gardens. Nolte says they’ve caused havoc in everything from cantaloupes to tobacco. They once gobbled up all the turtle hatchlings at one location. Feral swine respect no boundaries, having spoiled property even on Defense Department bases. Basically, their thriving comes at the cost of whatever environment they wander into.

Small feral swine mostly pose no danger to people. But the big ones can be dangerous. Some swine have weighed in at 500 pounds. They have few natural predators. Nolte says APHIS discourages human consumption of the feral swine. Although nominally edible, feral swine carry bugs and diseases largely absent from domestic hog stocks.

Nolte said he’s also reluctant to put a bounty on feral swine. That gives the creatures economic value, he said, and can attract cheating by bounty hunters.

I liked Nolte’s story because of his clarity of purpose. I couldn’t help contrasting his mission to yesterday’s White House executive order. A generation after establishment of the chief information officer position, neither CIOs nor agency heads have quite figured out what the job actually is. CIOs “advise,” “oversee,” “sit at the table.” They chair boards, enable missions, leverage things. CIO ought to be a plum job. But too many CIOs get to work in the morning lacking a clear sense of what to do. They frequently leave after a few months or a couple of years.

Also yesterday, the National Security Council proposed eliminating the position of White House Cybersecurity Coordinator. That move produced a lot of hand-wringing.  But what does a coordinator coordinate, precisely?

Chair, coordinate, advise, oversee: Those are jobs for the scuffed-shoe masses on the Metro.

A job like program manager for eradication of feral swine comes with more clarity. It carries simple metrics. Like, how many feral swine did we get this week?

One way to get clarity for an IT job is to tie it to something real. As Jason Miller reports, APHIS has a whole team of geographical information systems people making data available to its many programs. That includes the control of bad species like rats and feral swine. 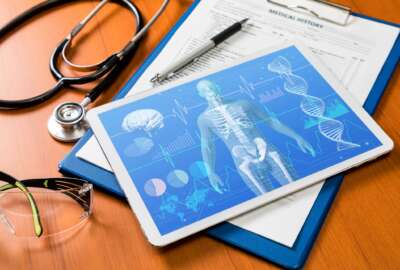 Too early to write off DoD e-health record