That new OMB memo on electronic record-keeping is less radical than it sounds. It won’t lead to paperless government, only to paperless storage, or more accurately — less paper storage.

In its preamble, the Office of Management and Budget stated, “This Administration is driving transformational change to modernize government, including moving to electronic government, through multiple complementary channels.”

The key phrase here is “multiple complementary channels.” Paperless government will indeed require work on m fronts. By not accepting permanent paper records for storage after calendar 2022, the National Archives and Records Administration (NARA) will force agencies to a couple of things. They’ll need to ship temporary records that are still in what the memo calls “analog” formats to commercial storage facilities that meet NARA standards. Specifically, they must close their own storage centers. Then, they’re also obligated to convert the portion of temporary records that become permanent to electronic before sending them to NARA.

Set aside that OMB leaves an out. That is, agencies must use, and NARA will only accept, electronic records “to the fullest extent possible.” The memo is about management of records, but not about how records originate.

The way I read this memo, agencies still generating paper records can simply scan them into PDFs for permanent storage. If this method includes metadata so a given scan is retrievable at some point in the future, it’s a fair way to go.

For many agencies, services still start with paper. My recent interview with Tammy Meckley covers efforts at U. S. Citizenship and Immigration Services to convert its many paper processes so that they begin life as digital. More than putting forms online, although that’s a good start, USCIS is integrating pieces of back-end automation and coding new automation where paper flows now occur. All easier said than done.

People tend to be comfortable with paper. The way around that is to let people print their own paper records if they want, but not veer from digital as the system of record. Recently I paid $20 for a vehicle title and history search requested by someone buying my old motorcycle. The outfit sent a detailed, multi-page report within minutes. It would remain online for 120 days or something. If I wanted to keep it permanently I could download it as a PDF onto my own hard drive.

To be sure, in some instances the loss of paper is a loss, albeit an emotional or tactile one. I love to leaf through the 75-year-old Veterans Administration and Navy records connected to my father’s World War II service. I still have the paper ticket to the Washington Nationals’ Stephen Strasburg’s home pitching debut in 2010. (Major League Baseball eliminated cardboard tickets for season plan holders several years ago; now it’s all smart-phone based.) I’m one of those fans with a big score book and a mechanical pencil, producing book after book of filled-in score sheets no one will ever look at again. But why would I want a paper version of my Global Entry application or, some day, Medicare details?

Paperless government, though, starts at the front end, by totally rethinking processes that originate as paper or generate paper along the way. In that scenario, electronic archiving sort of takes care of itself. 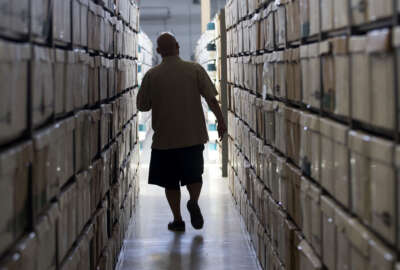 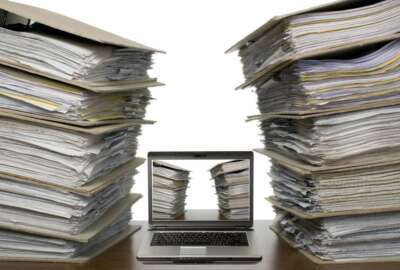 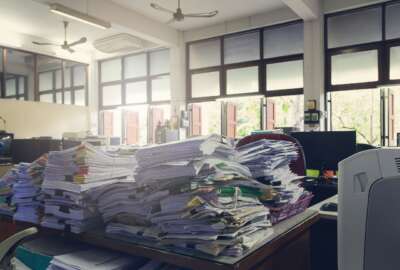 NARA building in, not bolting on e-records standards