You may love your office, but you can’t sleep there

Your federal building might have a gym, shower and next-door laundromat. But you can’t sleep there. Who says? Why, none other than the General Services Administration!

Gotta love the GSA. It deals with the biggest and smallest things in government. Earlier this month, for instance, the GSA exercised an option to purchase the 1.9 million square foot Transportation Department headquarters. It’s been leasing the building since it went up in 2007. It’ll pay $760 million,...

Your federal building might have a gym, shower and next-door laundromat. But you can’t sleep there. Who says? Why, none other than the General Services Administration!

Gotta love the GSA. It deals with the biggest and smallest things in government. Earlier this month, for instance, the GSA exercised an option to purchase the 1.9 million square foot Transportation Department headquarters. It’s been leasing the building since it went up in 2007. It’ll pay $760 million, 19 months ahead of the original schedule, making the effective purchase price $660 million. Public Buildings Commissioner Dan Mathews said the 30-year present value of the building works out to $409 million than the cost of leasing. Okay then!

But, you 5,500 drones who work there won’t be able to sleep there. That’s a shame, because the building is a stone’s throw from Nationals Park. Think of how much back-and-forth baseball-loving DOT workers could save if, after late games, they could just walk back to the office and unroll a sleeping bag. The new D.C. United soccer complex is only a couple of blocks beyond.

In a curious Federal Register notice, GSA’s associate administrator for the Office of Governmentwide Policy, Jessica Salmoiraghi, stated “GSA has received questions regarding the permissibility of sleeping in Federal buildings.” Unless there’s an emergency or your boss says it’s okay, you’ve got to trudge home.

The notice isn’t about dozing off while staring at the umpteenth email or nodding off during a 1:30 p.m. meeting when lunch is digesting. It refers to camping out during the off hours.

I slept in an office overnight once — and once too many times — in my career. I had a love seat in my office and just laid out all the cushions on the floor. It was awful. I found it impossible to make completely dark. Cleaning crews moved ceaselessly up and down the halls nearly all night, vacuuming and pushing trash cans on wheels, chattering back and forth. The whole experience was disconcerting and uncomfortable. Luckily the building, in northeast D.C., was modern and had a spotless gym and locker rooms with good showerheads. Spending the night there was possible because everyone else went home at night. Now my studio is just steps from the WTOP newsroom and broadcast studios — a 24/7 operation.

The idea of bunking in the office is neither new nor unheard of. I don’t know about nowadays, but it was de riguer during a period in the tech industry. I remember stories of Microsoft employees sleeping in their cubicles during the development of Windows NT, an early company foray into server operating systems. I imagine early employees of Lockheed’s “Skunk Works” — a real place — or of the Manhattan Project might have pulled the occasional all-nighter.

Office-as-home has been a contentious issue in the House of Representatives. When the Democrats took over in 2018, leadership wanted to ban the practice of members making their offices their homes away from their districts. Former Speaker Paul Ryan famously lived in his office, pulling out a cot after hours. For some reason, perhaps a show of fiscal frugality, it was mostly Republicans who slept in their offices. They often cited the high rents in Washington. Democrats argued they were getting free rent on the taxpayers. Rep. Bennie Thompson (D-Miss.) was quoted as calling the practice nasty, with the possibility of early-arriving staffers catching their bosses improperly clad.

At one time Capitol Hill was dotted with rooming houses. A few might still exist but they seem more oriented to the AirBnB model than to the old fashioned ways.

GSA in its notice points out that the Federal Management Regulation “does not specifically identify unauthorized sleeping as a type of prohibited conduct…” Managers infer the prohibition using rules relating to disturbances, hazards, or failure to comply with law enforcement. GSA is reaffirming the ban, but legally it’s on thin ice. It does leave an out, though: “When such activity is expressly authorized by an agency official.” That could be during some sort of emergency requiring sheltering in place, or there is some compelling workload need. When’s the last time that happened?

Some people do sleep at work. Long distance aircraft have little bunks where crews can nap. Once, when I worked at a small daily newspaper, for some reason I ventured down a staircase only to be shocked at the sight of a half dozen press operators asleep on ink-stained cots.

I’m wondering who asked about sleeping in the building, and why? 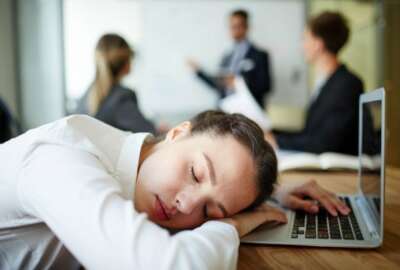 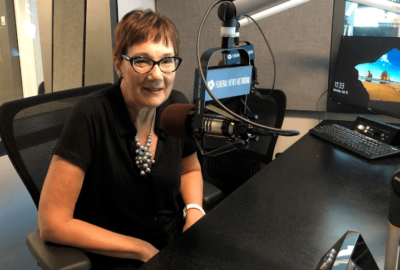 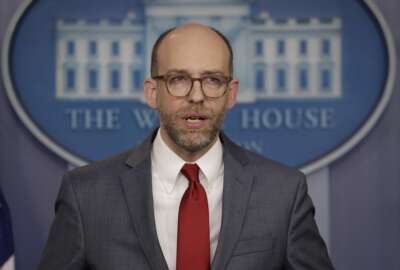 Senate joins House in providing no funding for OPM-GSA merger