Lewis and the long journey up the steps

Moving a heavy object up a long, steep set of stairs in oppressive heat: It struck me as a metaphor for the late Congressman John Lewis. His remains moved to the Capitol for a service in the Rotunda on Tuesday.

It took an eight-man military honor guard to bear the coffin. Only seven actually took on the burden as a sailor had earlier fainted under the clear, 95-degree sky.

As the seven service members approached the bottom of the stairs, I switched on the sound on the TV in my studio. For each step, the leader called out, “Ready-step.” They took a silent beat, then they all stepped in unison. All in 4-4 time: Two quarter notes, quarter rest, two eighth notes of dress parade shoes on stone. Ready-step, beat-step-step, ready-step, beat-step-step. All the way up the pattern rang out. Moving something that heavy, for such a solemn occasion with a hundred television cameras going, you don’t take anything for granted.

Personally experiencing the violence sparked by the protests and other political gambits to end Jim Crow and enfranchise the nation’s Black citizens, Lewis, I imagine, harbored an idealized vision for the perfection of the human spirit — a shining Rotunda up there somewhere, and his burden of bringing people there with him.

Lewis was consistent in what he stood for, from his civil rights organizing days to the last day of his life. He was a shrewd politician, too, with sufficient ambition to take on another Black civil rights leader — Julian Bond — whom he beat in a Georgia 5th district runoff race long ago.

More recently Lewis famously switched his support, during the Democratic presidential primary race in 2008, from Hillary Clinton to Barack Obama. He was under plenty of pressure from constituents and fellow African American politicians. But no doubt Lewis also sensed a “Ready-step!” moment, that the ultimate cause would be served by election of a Black president. Another step towards the great Rotunda.

Getting a heavyweight to a real Rotunda, though, is difficult. You just can’t swoop up there on good intentions, especially if you are carrying a difficult load. It takes preparation, practice, patience, and good leadership to keep track of the steps. Unlike during yesterday’s procession, in real life there are setbacks, stumbles the wrong way. Like the fainted sailor, not all your fellow travelers will get as far as you do. Lewis seemed to take to heart the adage that, while one person can’t alone complete work such as this, neither is one absolved from responsibility to chip in.

Many paths lead to one’s shining ideal. Some use art and literature. Others use religious pulpits. Some throw rocks and burn things. Lewis chose politics, combining the practical tool of having a vote in a place that matters, and the moral authority to use his office as a platform from which to regularly preach for his vision of justice. A long-running political perch gave him commencement speeches, namings, honorary degrees and other opportunities to amplify his message, to perhaps prompt a “Ready-step!” in another heart. 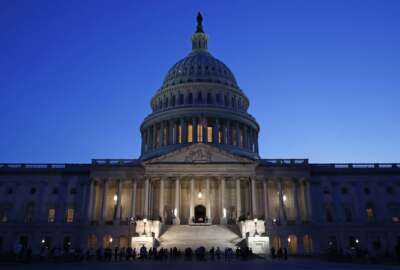 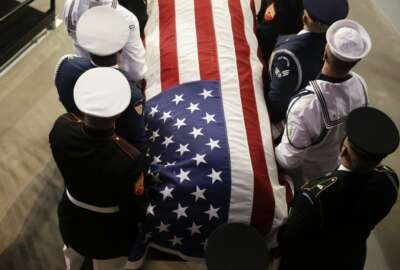 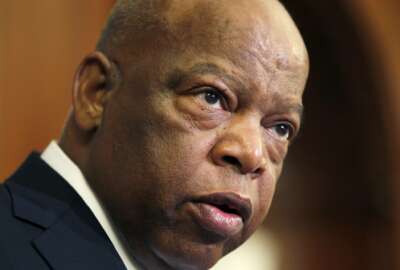