All worthy goals, perhaps. But one thing they won’t do is make goods less expensive.

The order also creates “central review of agency waivers” of Buy American, with the General Services Administration posting them on a website.

This might be something of a feel-good executive order that won’t necessarily change a lot materially. It comes, oddly, less than a week after new Buy American rules developed under the Trump administration, published hours before Biden entered the White House and became effective on Biden’s second day in office. Among other things, the new rules sharply boost the price preferences for domestic products.

Buy American, too, applies to federal purchases of less than $182,000. Above that agencies must take into account U.S. trade agreement obligations. That is, the whole Buy American topic is probably more complicated than anyone would like.

Think of the items where even if you buy an American nameplate, the product itself is largely non-U.S. made. Just a few that come to mind:

Dell, for instance, builds standard computers in Texas but also in Mexico and Ireland. “Intel has manufacturing and assembly/test facilities in China, Israel, Ireland, Malaysia, Vietnam, and the United States of America; all facilities follow the Intel quality standards.” That’s from Intel’s own website. Don’t even talk about Apple.

Circuit boards, chips other than processors, all those resistors, capacitors, micro switches and other stuff inside computing gear — it’s from all over.

What about vehicles? Maybe federal fleets should consist of Camrys — they’re made right here in the U.S., and have been for decades, even the engines. Most Chevrolets are made in US plants, but assembly of the fleet-optimized Impala takes place in Canada. Other popular models are assembled in Mexico. But, like computers, the deeper you get into a car the greater the international content.  In many ways, cars remain affordable because of assembly and supplier plants that are not unionized.

Nothing against unions — I pay dues to one myself. But they are not without cost.

For a long time the U.S. armed forces have issued pistols by Beretta, a legacy Italian company going back centuries. But the Defense Department required Beretta to make the U.S. military weapons in the U.S. I believe the original Maryland factory relocated to Tennessee. So is that Buy American?

My sense is most federal employees concerned with acquisition and procurement want to buy American-made products so long as it’s possible. Even the Biden White House acknowledges that federal law already requires a preference for U.S. companies and U.S. made. But it says the resulting regulations aren’t always applied consistently. It says some of the requirements have not been updated since 1954.

I read one article the other day that China intends for its budding airliner industry to compete with Boeing and Airbus. It’s hard to imagine the circumstances under which the Navy or Air Force would adapt a Chinese airliner to military use, as they have with American airlines for decades. In fact, at times it’s worked in reverse, with bombers transmogrifying into airliners. And you won’t soon see Peugeots or Geely Boruis in GSA fleets.

My caution for the new executive order and for the administration is to avoid being overly prescriptive, especially on agency procedures. Given the legal and what I guess you’d call cultural frameworks for Buy American already in place, and that much more regulation and executive ordering will soon be flowing, agency managers will have plenty to deal with. 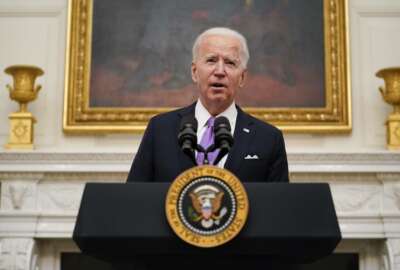 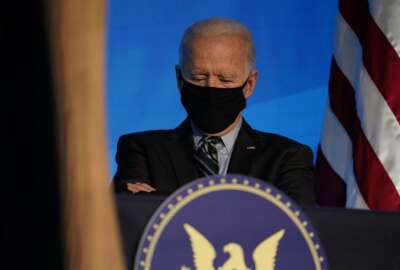