Cancel JEDI? No shame to DoD in doing so

Pity AT&T. Barely three years ago, it launched an expensive gambit to combine the making of movies and TV shows and distributing them to subscribers. It had to fight federal regulators in court to spend $80 billion on Time Warner.

Now, it’s undoing the whole deal in a complicated spinout that will result in a whole new company. The company, according to published reports, has reversed billions and billions in equity value.

AT&T is hardly the only company in corporate history to beat a retreat back to what it does best. Today Ford Motor Company unwraps its electric F-150 — the pickup President Joe Biden took for a spin around the test track, the lucky stiff. Hopefully the truck won’t flop commercially — the way the Edsel did historically back in the late 1950s. That experiment, like the AT&T deal, lasted three years before a sour Henry Ford II put the mediocre car out of its misery.

When AOL — remember them? — bought Time Warner back in 2000, it was the biggest merger ever. Only three years later, AOL Time Warner started selling off assets. It eventually jettisoned AOL.

There’s no shame in undoing things that don’t work out. I once sold a minivan at a loss after only a month because the middle seat was too small for the dog. We should have checked first.

Ford survived the Edsel, AT&T will do just fine as a telecom carrier and service provider. Even AOL still exists in some form, mainly as an ad server masquerading as an email provider.

I say all this as prelude to the idea that many believe it’s time for the Defense Department to give up on its three-year gambit to establish the JEDI cloud computing contract. Last month, a federal court ruled against a Pentagon motion to dismiss much of Amazon’s case against the award to Microsoft. Federal News Network’s Jared Serbu reported at the time, the Pentagon stated it would have to “reassess its strategy going forward” should it lose on the motion to dismiss. The JEDI overseers said such a ruling would “elongate the timeline significantly.”

The timeline for JEDI — and its blending with lurid allegations of procurement interference by former President Trump and conflicts of interest within the source evaluation team — could be the stuff of a small book. My point here is not to argue the merits or demerits of the JEDI project. But rather to say, that things go stale the longer they go unresolved.

Critics have cited JEDI’s single award strategy, contrasting it with the multi-cloud strategy many agencies have pursued. The armed services all have extensive cloud projects of their own, month-by-month lessening the importance of JEDI.

DoD is like a chess champion that realizes he’s reached the point of futility, even if many pieces might yet remain on the board. Legally, DoD has until the end of this month to respond with its next move.

My hunch is, do the reassessment already, and tip over King Jedi. 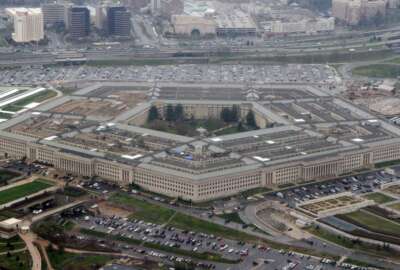