The House Armed Services Committee has a new subcommittee this year, one aimed purely at the growing need for innovation in the Defense Department and the continued prominence of cyber as a dominant means of warfare.

The first-ever chairman of the Cyber, Innovative Technologies and Information Systems Subcommittee, Rep. Jim Langevin (D-R.I.), said over the next legislative session the panel will pursue an aggressive agenda focusing on cyber force structure, the newest combatant commands, artificial...

The House Armed Services Committee has a new subcommittee this year, one aimed purely at the growing need for innovation in the Defense Department and the continued prominence of cyber as a dominant means of warfare.

“The era of technology has been growing at a rapid pace and becoming more and more important in the Pentagon, in Pentagon budgets and planning,” Langevin told Federal News Network in an exclusive interview. “House Armed Services Committee Chairman Adam Smith (D-Wash.) felt we needed more scope and depth regarding these issues. Cyber and AI information operations have become more and more important. We want to make sure that the right resources and attention is being given to oversight in all these areas.”

In the most recent defense authorization act, Congress included more than 70 cyber-related provisions, so many that the committee had to create a cyber title in the legislation.

“Our success in great power competition is going to rely on sophisticated coordinated digital capabilities,” Langevin said. “The House Armed Services Committee needed to dedicate staff and resources to face this challenge and exhibit the oversight that men and women in uniform deserves.”

Langevin said one of his first priorities as chairman will be to ensure that DoD has the right amount of cyber forces.

“I think we need to probably grow the national mission teams as we get more into defending forward,” Langevin said. “That’s the smallest number of teams that we have over the scope of the cyber mission force. We’re going to be looking at this. There’s going to be a force structure assessment that U.S. Cyber Command is going to have to do and we want to make sure that we get this right.”

Langevin wants to look further into roles of CYBERCOM, U.S. Space Command and the geographic commands to see if they need to streamline.

In terms of CYBERCOM, Langevin said he’s interested in looking into how the combatant command and the National Security Agency are led. Currently, one person heads both of the organizations. There has been much discussion over whether there needs to be an individual head for each of the entities.

“It may come a point where we split the hat, having two heads of those different agencies, but right now, I’m not a fan of splitting the hat,” Langevin said. “You need that neutral arbiter to go strike the balance between intelligence and operations. What are the equities of NSA, their concerns? What’s the right steps to take in terms of defending forward and exposure to detection and a whole host of things that we have to balance the right way.”

Langevin said there is value in keeping the roles together.

“I need NSA and U.S. Cyber Command linked in a way where one will follow the work of the other,” he said. “I need CYBERCOM and NSA leader Gen. Paul Nakasone being the arbiter between offense and defense. I think his intelligence collection is important.”

Langevin pointed to election security as one area where intelligence and operations need to work together and benefit from being housed under one roof.

Another issue Langevin will be keeping a close eye on, along with many others in the tech world, is the Pentagon’s JEDI contract — which has gone through considerable contracting issues. The program is supposed to bring a general cloud to DoD.

Langevin said the bureaucracy, caused in part by drama between companies competing for the contract, is holding up the military from a much needed resource.

“It really it troubles me, it frustrates me,” he said. “I understand this was a large contract. There’s obviously going to be challenges when the losing team doesn’t go their way. But eventually we’ve got to make a decision to move forward on this. I hope that will prevail, and we’ll get this done in the courts. And then when we get it green lighted it really does need to be a single cloud and we can’t break it apart for multiple vendors.”

As far as legislation goes, the chairman wants to continue implementing recommendations from the Cyber Solarium Commission and the National Security Commission on Artificial Intelligence.

Langevin said he will also be focusing on the Cyber Diplomacy bill, which establishes an international cyberspace policy office in the State Department. 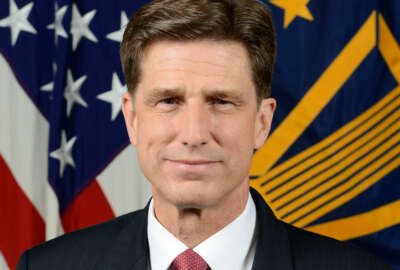 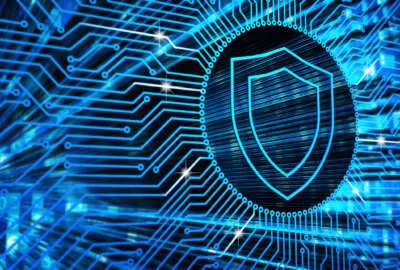