A 4-minute guide to personal planning for 2023

Federal employees got a mixed stocking this year, heading into 2023. Presuming the budget negotiations make their way into signed legislation, a 4% raise will be coming your way. Plus a scooch for locality pay. If you like the arcane, read about how locality pay works in the annual report of the President’s Pay Agent.

Federal employees got a mixed stocking this year, heading into 2023. Presuming the budget negotiations make their way into signed legislation, a 4% raise will be coming your way. Plus a scooch for locality pay. If you like the arcane, read about how locality pay works in the annual report of the President’s Pay Agent.

One recommendation, though, is adding Fresno, California; Reno, Nevada; Rochester, New York; and Spokane, Washington as new locality pay-eligible areas. Where nice micro-breweries show up, locality pay is sure to follow.

On the other hand, no stake got driven through the heart of a future “Schedule F,” the Trump administration’s term for a designation for certain federal senior executives. It would have made them more subject to summary dismissal. Opponents wanted legislation to preclude a future administration from attempting the same thing. But the prohibition didn’t make it into final legislation.

Mainly, 2023 will look like 2022 on the federal life front. The pay agents trotted out the periodic recommendation for Congress to make what it called “major legislative reforms” of the white collar federal pay system. They do get credit for noting pay disparities with the private sector work both ways, leaving “some mission-critical occupations significantly underpaid while overpaying others.” As for Congress taking this on in a serious way, don’t hold your breath.

In short, when it comes to crucial year-end financial planning for the year ahead, some factors are beyond our control. Other factors you can influence, though. And I don’t mean resolutions to stop swearing or do more core workouts.

Those in the latter stages of their federal careers have a couple reality adjustments to consider. The maximum TSP contribution — or any 401(k) contribution — goes up by two grand to $22,500 next year for those older than 50.

Congress also will move the age at which required minimum distribution — that is, spending your capital — up a year to 73. For some that’s incentive to keep working so you can keep building up the TSP.  On the other hand, you can take penalty-free withdrawals as young as 59 years, six months. Those already withdrawing less than the required minimum may welcome the chance to do so for a year longer.

On the other hand, Stein added, try reach the TSP contribution level equal to 5% of your salary, to max out the government’s matching contribution.

Maybe the biggest variable of all? Of course, whether and when to retire. Besides timing retirement dates so as to optimize your annuity, there’s the bigger question of what you’ll do next. In 30 years of observing feds retire, I’ve seen few who go off fishing.

At a certain level, the offers start coming before you leave. You can’t, as a rule, discuss them with prospective employers until you leave. Anyway, if by some reason you are able to start a new job two weeks after walking out of the agency, don’t. Take time off to think. At the least, you’ll avoid walking into a situation you’ll regret. I’ve seen it happen — some contractor wants you for your contracts and not your skills and strengths. That rose wilts fast.

I talked to one prominent federal career retiree just yesterday, who advised taking a sabbatical. Letitia Long retired in 2014 after a long career in the defense and intelligence communities. Her last federal post was director of the National Geospatial-Intelligence Agency. Rather than take any of several full-time positions she was offered, Long chose to build what she called a portfolio. It consists of corporate board positions, teaching, and what she called pro-bono, or working with non-profits as what you might call a strategic volunteer. Long is chairwoman of the Intelligence and National Security Alliance, a high credibility association.

I’ll have more detail on that strategy, but I wanted to get it out there in sketch form during that season when we’re all thinking about the next year and what it will bring. Have a great holiday in the meantime. 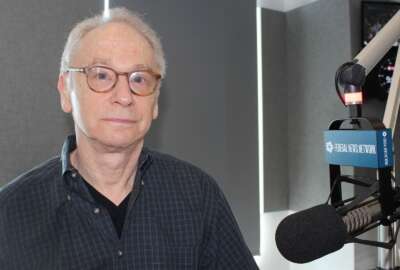 The maximum TSP contributions are going up next year. Should you bite?

Can outreach change how much participants contribute to their TSP accounts?