The EPA became one of the first agencies to face protesters from the Occupy movement and whistleblower protection organizations.

Members of Occupy DC, the National Whistleblower Center, the No Fear Coalition, the Federal Alliance for Workplace Accountability and other organizations demanded EPA reverse the decision not to implement certain provisions of the Clean...

The EPA became one of the first agencies to face protesters from the Occupy movement and whistleblower protection organizations.

Members of Occupy DC, the National Whistleblower Center, the No Fear Coalition, the Federal Alliance for Workplace Accountability and other organizations demanded EPA reverse the decision not to implement certain provisions of the Clean Air Act. They also called on EPA Administrator Lisa Jackson to do more to protect whistleblowers.

Marching the three blocks from Washington’s Freedom Plaza to the EPA headquarters to chants of “Lisa Jackson has got to go, hey, hey, ho ho,” and “Hey, Hey EPA, we want clean air today,” the protesters laid wreaths and paper crosses under the second story window of Jackson’s office.

“To the President and the EPA Administrator Lisa Jackson, the sweetheart dance between industry and politicians must end now,” said Marsha Coleman-Adebayo, the president of the No Fear Coalition and a former EPA employee for 18 years. “And the decision to kill the smog provisions of the Clean Air Act was nothing less than a betrayal of a public trust.”

She also is a whistleblower. Coleman-Adebayo was EPA’s liaison to the White House and brought to the attention of EPA senior leaders in the 1990s major environmental violations in South Africa by a U.S. based multi-national corporation.

Coleman-Adebayo filed as a whistleblower and eventually won her case in court, but lost her job at EPA.

Coleman-Adebayo and others say EPA doesn’t stand up for whistleblowers.

Jon Grand is another former EPA employee. He testified on behalf of Coleman-Adebayo and not only lost his job, but went to jail for four months. Grand couldn’t attend the protest because of a sickness in his family.

“When members of EPA’s Office of International Activities used racial slurs and epithets in my presence, as a senior manager I was required to report any acts of discrimination and bigotry,” said Coleman-Adebayo who was reading a statement Grand wrote. “The result was that I was called to testify at Marsha’s trial. But what I didn’t realize how swiftly and angrily the agency would react and retaliate. My first clue came on a visit I made to EPA headquarters shortly after the verdict was returned in Marsha’s favor. As I walked down the halls of the International Activities offices, doors were physically closed as I approached each office. The Amish call it shunning, and it is reserved for those placed outside the community.”

Coleman-Adebayo said Grand alleges EPA mistakenly put extra money in his bank account and then prosecuted him for not returning it quickly enough.

Coleman-Adebayo said EPA has a history of mistreating and not supporting whistleblowers.

Susan Morris also is a former EPA employee. She worked there for 10 years and was a government employee for more than 30 years. She also has a whistleblower case pending against EPA involving the agency’s decision not to implement a new civil rights policy.

Morris said she won her case before the Merit Systems Protection Board and is waiting for EPA to decide what to do after Office of Special Counsel decided in her favor too.

A request to EPA for comment on the protesters concerns and whether Jackson was in her office today was not returned.

Congress also passed and Obama signed the Dodd-Frank bill that gives whistleblowers monetary rewards to be paid by the Securities and Exchange Commission if the claims turn out to be accurate.

And just Nov. 3, the House Oversight and Government Reform Committee passed a bill to protect airport baggage screeners and give employees in the intelligence community legal ways to expose waste, fraud and abuse.

A matter of culture?

Morris said she believes the problem with EPA’s treatment of whistleblowers is because its culture.

“In many cases, they just really don’t know what to do with civil rights or with the whistleblowers,” she said. “So what they’ll tend to do is let the people who have been there for years attack them rather than listen to them and see if they could resolve it. Right now, their civil rights office is in shambles and they continue to make the same mistakes because they really don’t have effective policies in place.”

Coleman-Adebayo agreed the culture of EPA is hard to overcome.

She added the problematic culture is based on the power individuals have, both perceived and real.

“You are never quite clear whose interest is being served by certain corrupt activities,” Coleman-Adebayo. “You are constantly walking around the agency like there are land mines.”

Steve Kohn, president of the National Whistleblower Center, said Coleman-Adebayo, Morris and Grand’s experiences are not uncommon across the government.

“They are sending a message to federal workers, don’t expose the crimes, cover up as your managers have demanded,” he said.

Coleman-Adebayo, Morris and others would like to see EPA and other agencies give whistleblowers more protection and more support.

Coleman-Adebayo said she tried to reach out to EPA to address these issues but had little luck.

“The EPA has made it very clear to me they are not interested in discussing any of the issues with me,” Coleman-Adebayo said. “They are not even willing to admit there is a problem inside EPA.”

Open your mouth without losing your job 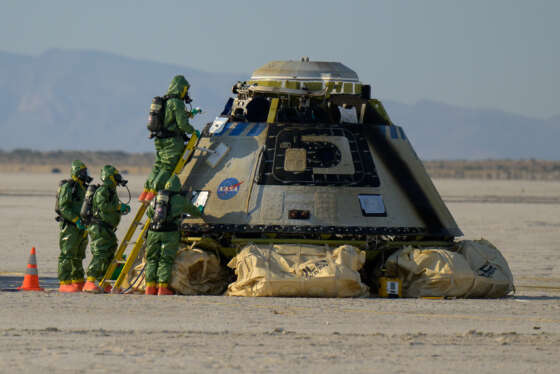