For the more than 641,000 spouses of active-duty service members, according to the U.S. Chamber of Commerce Foundation, flexibility is invaluable.

“When you think about what kinds of things you’d like to do, have a plan B, C and D,” Gina Buzby said about her life as a retired Navy wife.

Friday is Military Spouse Appreciation Day — a role which Rep. Phil Roe (R-Tenn.), a veteran, said often goes overlooked but is no less important than the work done by service people on deployment. Keeping families together is left up those on the homefront.

“I don’t think we certainly give our spouses enough credit who are at home,” Roe, chairman of the House Committee on Veterans Affairs and a father, told Federal News Radio’s Lauren Larson on Federal Drive with Tom Temin. “We kind of think about the soldiers and active duty people [who] are out serving, but our families also serve right along with us.”

Buzby joined Fran DeNinno Zukunft and Elka Franco-Giordano on the conference’s first Sea Spouses Panel to discuss their experiences with military family life and solutions they have used to overcome challenges such as moving, continuing careers and helping children adjust.

For DeNinno Zukunft, first lady of the Coast Guard and its ombudsman at large, things were not always easy. The 25-year veteran of the pharmaceutical industry admitted that despite the position’s status she cried when her husband became commandant of the service.

Often, when she knew her husband Adm. Paul Zukunft would only be relocated for less than a year she would stay put. Taking on a new job in a new place brings several challenges, but she said they were always worth it.

She also said spouses perform many unpaid duties, such as leading PTAs and spouse support groups, that can translate into careers. For jobs that require licensure, Buzby, a former art teacher, said moving is difficult for working but that she has seen improvements.

“Going back to reinventing yourself, I taught privately, adults, retirement home and home-schooled children,” said Buzby, wife of Maritime Administration leader Rear Adm. Mark Buzby. “There are other options but I think [the] certification process has really come around.”

Franco-Giordano is the Navy’s ombudsman at large and said it helps military families with children to take some initiative in getting to know their new school and community. She and husband Master Chief Petty Officer of the Navy Steven Giordano have two children in high school and elementary school, while the family has moved nine times.

She said she does not wait to reach out to people and let teachers know about her children’s particular needs. For detailed guidance, she recommended the Navy Family Framework document for advice on communication, problem-solving and getting support from the service’s command.

“I invite you to just be part of everything that surrounds that population from sports, from music to the educational board itself,” she said.

Teamwork and communication skills learned as a military spouse have lasting usefulness, Gina Buzby said. She and DeNinno Zukunft both advocated having a plan for keeping busy once retirement from the service starts.

Buzby said and her husband, who retired from the Navy in 2013 with more than 34 years of service, never expected to be separated at this stage in their lives.

More resources for spouses and families can be found at: 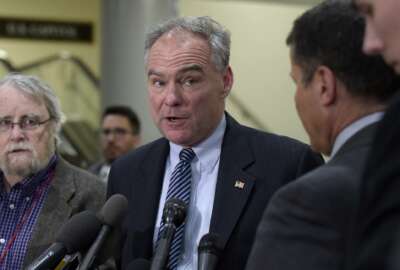 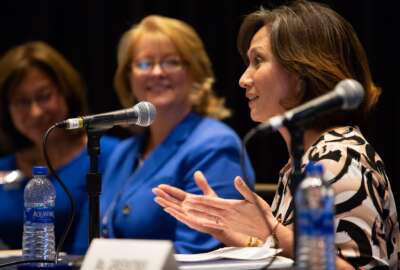