An inside-the-Beltway superstar with an MD, PhD and a Harley

He’s a 70-year-old, soft-spoken, piano-playing, Ivy-League intellectual raised on a farm in rural Virginia — who also happens to be Dr. Anthony Fauci’s boss.

As a physician-geneticist, Dr. Francis Collins discovered “disease genes” and led the Human Genome Project, which his National Institutes of Health biography explains, “culminated in April 2003 with the completion of a finished sequence of the human DNA instruction book.”

A close examination of the DNA of Collins might turn-up the “born to be wild” gene.

He started riding a motorcycle in college, but gave it up for a while during his early days of fatherhood. Then, by age 40, he was back on the road where he’s continued riding for three decades.

“You gotta have a little fun, sometimes,” he said, even if some colleagues chide him about safety.

“People say, ‘You’re setting a very bad example. Don’t you know that’s not safe.’ And I say, well, you know what, I have never had a really bad experience and I’m really careful.”

Last month, Collins joined 15 other bikers at Rock Creek Park in the nation’s capital to raise money for two great organizations: The Federal Employee Education & Assistant Fund and Friends of Patients at the NIH.

Collins arrived a little late to the event, having been called away to attend a White House COVID-19 meeting.

Collins makes his appearance at about the 3-and-a-half minute mark to show off his riding skills and chat. 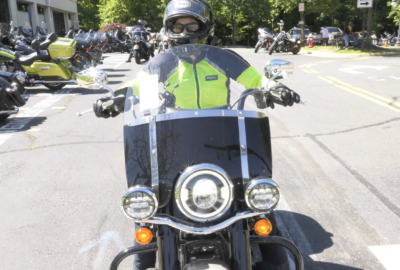 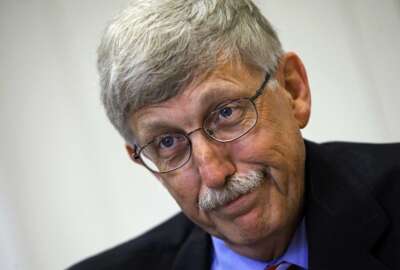