Federal employees sometimes face hell or high water. When disaster of some sort strikes, feds often turn to the Federal Employee Education and Assistance Fund for help. This June, FEEA will be one of charitable recipients of proceeds from Federal News Network’s Motorcycle Ride for Charity. For more about FEEA, Federal Drive with Tom Temin was joined in...

Federal employees sometimes face hell or high water. When disaster of some sort strikes, feds often turn to the Federal Employee Education and Assistance Fund for help. This June, FEEA will be one of charitable recipients of proceeds from Federal News Network’s Motorcycle Ride for Charity. For more about FEEA, Federal Drive with Tom Temin was joined in studio by FEEA’s executive director, Joyce Warner.

Tom Temin: Joyce, always good to have you in.

Joyce Warner: Thanks for having me Tom.

Tom Temin: So tell us, what’s new with FEEA? You’ve got some new programs, some new contributors and some really rosy looking things going on.

Joyce Warner:Yeah, we do. We have a lot going on. First, I want to mention, not only thanking you guys for your support for the motorcycle ride, but Federal News Network is also a partner for us for the public service walk and run, and that’s coming up on May 3rd. If folks sign up, which they can do it. FEEA.org/radio, they can get 30% off their tickets to participate in the data. It is may 3rd 2020 and it’s at National Harbor here in the D.C. area. It’s a beautiful waterfront course. There’s just a lot of fun that goes on there. We have a virgin mimosa bar, we have DJ. It’s a big party. And what’s nice is right after there’s a lot to do at National Harbor so people can get together with groups. You could be a runner. You could be a walker. We have a fun run that’s only a mile. We have a 5K, but we have as many walkers as runners to come out and support feds.

Tom Temin: We should point out that the proceeds from that do go into the programs that you offer, maybe review those real quickly for us.

Joyce Warner: Sure, so FEEA has several programs, one of which, I’ll mention right off the bat is our scholarship program. So we give about 200 scholarships every year to federal employees who are going back to school to their spouses and to their children. The deadline for that is coming up on March 25th, so there’s still a few more weeks. We would encourage people to start right away, so they get all their paperwork in place. What’s nice about our scholarships is, you know, for those of you that follow the higher education financing world, most of the money that comes in the way of scholarships comes from a specific school. You know, come here and we’ll give you this, come here and we’ll give you that. Our scholarships follow the student, they can go to community college, they can go anywhere that student wants to go in there and study anything that student wants to study.

Tom Temin: So even vocational education for example.

Joyce Warner: Yes, as long as it’s accredited, and so that’s a really nice opportunity. And one of the things we’re excited about this year is that we have a new scholarship that we’re adding for first generation college student where neither parent went to college. That’s gonna be $7500.

Tom Temin: That’s a good one.

Joyce Warner: Yeah, it’s significant. And that came to be from a fund that was established to honor one of FEEAs founders, Bill Bransford. Who was a founder of Shaw, Bransford and Roth, and then the firm has also continued to support that. So we’re very excited this year to offer that. And I think one of the things FEEA does is we look really broadly at our applicants. We want to make sure we’re getting, you know, some kids have to work. They can’t be involved in tons of extra, you know, sports and other things. And so we look comprehensively at all of our students.

Tom Temin: Now, federal employees have not been furloughed in a long time, almost a year now. And there haven’t been so far as we know any disasters rolling into flooded areas or hurricanes or this type of thing? So I imagine your coffers are pretty well charged for what might happen next.

Joyce Warner: Well, you know, it’s interesting. We have to build support year round. And the reason is because when that disaster or tragedy strikes, it strikes and we’re responding that day. And people tend to give more during tragedies, But I will say about the shutdown, you know, it was just about the end of the year before folks took a sigh of relief. It doesn’t seem as far away for us in this last year, I would say.

Tom Temin: Then we’re talking about your emergency loans and emergency grants program. And so far coronavirus, we only know of one federal building that’s been shut down so far in Washington state. That hasn’t been a factor yet. We hope never will be. But it hasn’t been yet, has it?

Joyce Warner: It hasn’t been yet. I mean, I will tell you, even with our small staff though, we are. There’s there’s a lot of good information on the CDC’s website. I will tell you we had a lot of staff down with the flu this year, so we’re really just trying to promote good, safe public health practices for any virus, including the coronavirus. I think I read something today that obviously the government is revisiting things around telework. We’re a small organization were set up to tell work for just such a thing. But if there are affects from the coronavirus, obviously we will be there to respond. And we do that largely through a no fee, no interest program. So if people have a child in the hospital. Their house burns down. We relocate domestic violence victims. We give loans that with no fees and no interest, that they can pay back slowly to us. And we have a lot of great sports from Blue Cross Blue Shield and Care First for that, to expand that program. So we’re trying to reach more feds.

Tom Temin: And before we totally leave the foot race and footpath topic, you’re also partnering with the Marine Corps Marathon, something at one stage of my life, I did quite a few of those.

Joyce Warner: There’s still time you can do it. Yes, FEEA has been selected as a charity partner for the Marine Corps Marathon this year. The Marine Corps Marathon or the People’s Marathon as it is very often known is in October. And you know, like with a lot of marathons, there’s more people who want to participate then there are slots and you have to get in through a lottery. And one of the things the Marine Corps Marathon does is allow charities to form teams when there’s no more slots available. So starting next week, you’ll be able to see on FEEA’s website, FEEA.org/mcm, how you could join FEEA’s team. We’ll be promoting that in the next couple months. We can put a team together for the race.

Tom Temin: Well, people ask, how do you run a marathon? I always used to answer. It’s easy. You just put one foot in front of the other and the race practically runs itself. Joyce, tell us about the FedLifeHacks program.

Joyce Warner: Yeah, so this is a program we started last year with a lot of great support from organizations like WAEPA and Long Term Care, and what that does is we could see a need, partially in relation to the shutdown, but in our other programs, that there are some complicated issues that affect feds outside of work, and it’s sometimes hard for them to get purely objective information about that in plain English. Right?

Tom Temin: You can’t get it from OPM if it’s plain English you’re looking for.

Joyce Warner: I won’t say anything about that. But so we have found that people will come to us or we see patterns where people are struggling and we’ll put together a short video and some print materials in plain English. So let me give you an example. Divorce in your federal benefits? Complicated. Very complicated. We worked with NARFE to put together a really basic piece about this that has had thousands of hits. Okay, disability? What are your disability, if any, benefits? What does that look like? How do you deal if you have a disability and you can’t work in the federal government. Also very hard to get objective information. Very popular. Aging parents. And how do you navigate that if they’re far away? So we listen to feds, we’re out in the community, we see patterns and we come up with topics and we call it FedLifeHacks. And it’s been super popular. We piloted it last year and we had 50,000 hits.

Tom Temin: Wow. All right, so money and also good solid advice in plain English, which could be worth cash, I guess in some cases, too.

Tom Temin: All right. And once again, we want to remind people that there will be a first ever Federal News Network ride for charity on motorcycle led by me. And that’s gonna be on Friday, the 26th of June. One of the beneficiary charities is FEEA. So all you two-wheelers out there that have an engine, join us. And the links will be out there shortly. Joyce Warner is the executive director of the Federal Employee Education and Assistance Fund. As always, thanks so much for joining me. 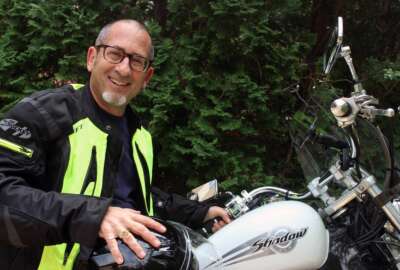 Join me for a ride with a purpose