More than half of the proposed emergency funding, part of the union’s latest policy recommendations for Congress and SSA leadership, would go toward rebuilding the agency’s workforce, which is at a 25-year low.

Sherry Jackson, AFGE Council 220’s second vice president and legislative action coordinator, said during a virtual town hall Thursday that SSA is running with 4,000 fewer field office and teleservice center employees than it did 12 years ago.

SSA management agrees understaffing has led to long wait times, and is asking Congress for funding in fiscal 2023 to hire an additional 4,000 employees.

Jackson said thousands more employees are expected to leave the agency later this fiscal year, according to a union-led survey of its members.

The emergency funding request amounts to a $1.7 billion increase above the Biden administration’s fiscal 2023 budget request for SSA. Congress passed a continuing resolution that lasts through Dec. 16 and is still working out a comprehensive spending deal for the rest of FY 2023.

Jackson said about 60% of the union’s emergency funding request would increase SSA staffing, while 18% would go toward reducing the backlog of state Disability Determination Services.

“It is the drastic increase that the agency needs in order to provide the American public the service that it deserves,” Jackson said.

AFGE Council 220 is also calling on SSA leadership to renegotiate Article 41 of its contract, which sets its telework policy. The union is seeking a more liberal telework policy, on the grounds that employees were productive during the mandatory telework phase of the COVID-19 pandemic.

A recent union-led survey of members found that 90% of respondents agreed mandatory telework made them more productive and focused, while 85% agreed that they could complete most of their daily workload while working remotely.

Jackson said these survey results are better than responses obtained from employees working in the office.

“SSA is not currently renegotiating the telework policy with AFGE.  The parties have agreed to continue under our current negotiated provisions at this time,” Hinkle said.

“This isn’t about employee convenience, but instead about the fundamental need to make the agency more efficient, effective and responsive to the public we serve,” LaPointe said, adding that SSA customers have been waiting in long lines outside SSA field offices because of understaffing.

Sen. Bernie Sanders (I-Vt.) said 70 million Americans receive SSA benefits, which he called a “record number” of beneficiaries. However, the agency has the lowest staffing level in 25 years, “leaving a growing backlog and workers who feel overworked, overwhelmed and exhausted.”

“These cuts are forcing fewer workers to do more work with fewer resources,” Sanders said, adding that many of his constituents have been waiting for up to six months to receive the benefits payment they were approved to receive.

Between 2010 and 2021, Congress cut SSA’s operating budget by about 13%. During the same period, the number of SSA beneficiaries increased by 21%.

Jackson said the SSA has a workforce of about 60,000 employees, a 25-year low for the agency.

AFGE Council 215 President  Rich Couture said meetings between SSA management and its unions since their return to the office have “failed to reproduce positive outcomes.”

Couture said SSA’s Office of Labor-Management and Employee Relations (OLMER) has refused AFGE’s request for a full negotiation of its most recent labor contract, which was implemented during the Trump administration.

SSA management, he added, agreed to negotiate limited issues, but has refused to negotiate over a “heavy-handed” telework policy and a “broken performance system that falls harshly on minority, disabled and lower-graded workers.”

“That is not a functional relationship, much less a partnership,” Couture said.

SSA and AFGE, after months of negotiations, reached an agreement on July 25 to reinstate previous levels of official time for union activity, and the union’s use of SSA facilities, that existed in an earlier iteration of the national contract from 2012.

Couture said understaffing and restricted telework has made it harder for SSA employees to implement the President’s Management Agenda, which focuses in part on improving customer service, as well as SSA’s equity agenda.

Jackson said employees who worked at home during the pandemic reported a better work-life balance. Teleworking parents, for example, could attend after-school events with their children, or could have their school-aged children come home after school, saving on childcare expenses.

“Since the onset of the pandemic, a fundamental shift in the global workplace has occurred. No longer do employers insist that their workers spend eight hours a day five days a week at a centralized office location,” Jackson said.

“SSA will not be able to recruit and retain a quality workforce without utilizing telework effectively,” she added.

Jackson said long times at SSA field offices are a direct result of a “prolonged staffing crisis,” which is taking a toll on employee morale.

Jackson AFGE Council 220’s employee survey shows that nearly half of respondents said they expect to leave the agency within the next year.

“If Congress doesn’t rise to meet the occasion with adequate funding, then what will happen will be an exodus out the door that we have not seen in a very, very long time, because employees are going to go to where the best deal is for themselves and for their families,” Jackson said.

Lawmakers have pressed SSA management to bring employees back to the office to improve its level of service to the public. However, Couture said a return to the office hasn’t made employees more productive. 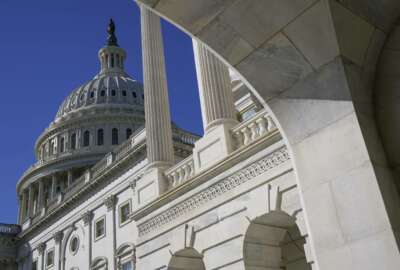