The Federal Labor Relations Authority is taking steps to change the rules around how and when federal employees can cancel payments of their union dues.

Since 2020, union dues-paying employees have been able to cancel automatic payroll deductions at any time, as long as they have been part of a bargaining unit for at least one year. But now, FLRA is looking to change that.

The authority issued a proposed rule on Dec. 21 to...

The Federal Labor Relations Authority is taking steps to change the rules around how and when federal employees can cancel payments of their union dues.

Since 2020, union dues-paying employees have been able to cancel automatic payroll deductions at any time, as long as they have been part of a bargaining unit for at least one year. But now, FLRA is looking to change that.

The authority issued a proposed rule on Dec. 21 to either revise or rescind the 2020 policy that made it easier for federal employees to cancel their union dues.

Specifically, FLRA has now proposed to make one of two possible changes to the current policy. The authority said it will either revise the rule to only let bargaining unit members cancel dues during a particular annual window of time, or alternatively, rescind the rule altogether.

Prior to the 2020 rule, the previous union dues policy, which had been in place since 1981, only let employees opt out of their payments during a certain time period each year.

After FLRA changed the payment policy in 2020, the National Treasury Employees Union filed a petition and urged the authority to consider amending it.

“Federal employees when they choose to join NTEU are made aware of the annual dues revocation period and every year some members choose to revoke, a fair process that has worked well for decades,” NTEU wrote in a Dec. 21 press release.

FLRA recently published a notice, effectively granting NTEU’s initial petition. The new proposed rule from FLRA to either revise or rescind the 2020 policy is now open to comments from the public.

NTEU has already voiced its approval of the authority’s proposed rule, saying that returning to the previous dues payment policy would offer more stability to bargaining units, as well as restore financial security, predictability and bargaining posture for federal unions.

“I am confident that, when the FLRA’s regulatory process concludes, NTEU will have once again beaten back an attempt by the previous administration to weaken unions,” NTEU National President Tony Reardon said in a statement.

The 2020 decision from FLRA came after the Office of Personnel Management at the time asked FLRA to look into the 2018 Supreme Court decision Janus v. AFSCME Council 31.

In the Janus case, the Supreme Court ruled that it was a violation of the First Amendment to require public sector employees to pay union dues. But notably, union membership is voluntary for federal employees; they do not have to pay dues or join a union unless they want to.

Provisions in the Federal Service Labor-Management Relations Statute were also central to the debate over the 2020 rule change. The statute said that agencies can accept “assignments” from dues-paying union members, and that employees can opt into automatic paycheck deductions to pay union dues.

But the statute goes on to say that “any such assignment may not be revoked for a period of one year.” The authority previously interpreted that to mean employees should have just one time per year when they can cancel automatic union payments. But in 2020, the authority reinterpreted the provision to mean that bargaining unit members need to have been on board for one year before they can make changes to union dues payments.

Now, the authority has agreed 2-1 to revert back to the statute’s original interpretation. FLRA’s Colleen Duffy Kiko was the one member of the three-person panel who dissented from the majority opinion. She argued that restoring a specific window of time for dues revocation would be restrictive to federal employees.

“When the authority very recently solicited public comment on this regulation, we heard from employees who were frustrated with narrow form-submission windows occurring on indecipherable anniversary dates,” Kiko said in a statement. “In 2020, the authority enacted a regulation that is consistent with the Federal Service Labor-Management Relations Statute and assures employees the fullest freedom in the exercise of their rights.”

FLRA will accept public comments on the proposed rule until Jan. 20. 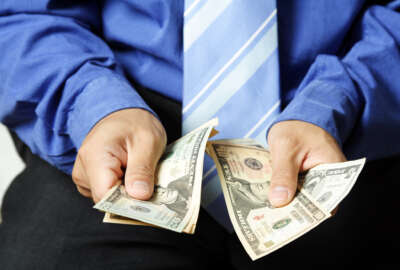