Veterans Affairs Secretary David Shulkin received his wish last week as the House passed a bill that will add an additional $2.1 billion for the Veterans Choice Program.

The bill, also known as the Choice Act, was introduced just weeks before the current Choice program funding was set to expire, and passed as a last-minute decision before Congress left for the August recess.

One question that still lingers is, if passed into law, how will that money be spent?

In an interview on the Federal Drive with Tom Temin, Shulkin outlined in detail some of the ways the Veteran Affairs Department would use the extra funds in a system of modernization projects, construction of new facilities and comprehensive public-private sector partnerships.

“The way that you do that [modernization] is by looking at each market and determining whether the current facilities that you have are meeting the needs, or whether you need to invest in more facilities,” he said. “We are [also] looking at doing private-sector partnerships.”

Shulkin said the VA has also pressed Congress to approve about 28 new leases in areas where the veteran population is outgrowing the care facilities provided. To supplement cost, he also announced at a House hearing in early May the proposal to shut down more than 1,100 underutilized and vacant VA facilities around the United States.

The example he provided alluded to progress and success with the recently opened care facility in New Orleans, replacement hospital for the one torn down as a result of Hurricane Katrina.

“I think health care’s changed to become more ambulatory and people are getting more care using technology at home,” Shulkin said. “We are trying to build a modern system, not replicating an old system. This is not business as usual in the VA, and we think that a modern healthcare system is going to need different approaches to be able to get us there.”

Instead of building large new construction projects in areas with a lower veteran population, Shulkin provided another solution: partnerships.

“One of the things that we know is that it’s so important to be able to allow our veterans to get care in VA, but also when VA is not able to provide those services, to be able to go out into the community and that means we need to continue to support our choice funding,” he said.

These private-public partnerships would allow veterans to get best-in-class care at VA facilities and, when they needed to, take advantage of the services from community providers. It would alleviate some waiting times and give veterans more options for health care.

Shulkin strongly urged that this idea was not an attempt to privatize VA operations, but to create a stronger and more modern system. He said even President Donald Trump’s budget proposal was supportive of improving more services within the VA, and not at all representative of someone supporting privatization.

“We are working not only within our own ranks in VA, but we are working with outside organizations to help us supplement the ability to have veterans be able to make the choice between whether they get their care in the VA or outside the VA,” Shulkin said. “There are additional funds to allow veterans to have a greater choice and [to] go out into the community, but certainly, [it’s] not the majority of the money.”

One example of an area where private-public partnerships would come in handy is maternity and intensive care units, Shulkin suggested. He also pressed the need for a stronger connection with the Defense Department and other government entities.

“For at least 17 years, that I can trace back, we had commissions and Congress call multiple times for us to work closer together and it just made sense to me that if we are going to finally address the issues that are needed for our veterans, then we’ve got to be on the same system as the Department of Defense,” he said. “[Because] we know where all of our customers in the future are going to come from.”

The transition from one system to the other is going to be a lengthy process and in some cases will involve people from all areas of the VA. On a positive note, Shulkin said the jobs of those who know and work best with the VISTA system were not in danger.

“We are going to need every one of those professionals to be engaged and to be part of this transformation process,” Shulkin said. “We are not looking at anybody losing their jobs in this. What we’re looking for is to have them be part of what will be one of the largest transformations of electronic medical records and help us make sure that we get this right and the end result is a much better, more efficient system that can work closely with the Department of Defense.”

While Cerner could help the VA to maintain its already trusted record-keeping system, Shulkin is not yet ready to fully turn over the reins to a commercial consulting company.

The VA has given itself about four months to complete the transfer of systems.

Working closely with the DoD and hands-on demonstrations will help the VA learn the systems quicker and to shortcut some of the issues that were already addressed when the defense sector began using the system.

In addition to funding, the accountability part of the bill paired with new management has made it easier for the VA to remove and replace employees that are underperforming in their current roles. In other words, make an attempt to streamline the hiring and firing processes.

“Everything starts with having the right leaders,” Shulkin said.  “As so many times we’ve learned in the VA, when problems have been ignored or not dealt with for a long time, you don’t get immediate solutions. Sometimes it takes a while to get to where you want to go.”

He said the most important thing is keeping up with the progress and keeping an eye on the path to make sure veterans are receiving the best service and working with the best people.

“We haven’t streamlined the hiring process and it’s still far too difficult and too long to bring new employees into the VA,”  he said. “[But] I know that we’re getting there and moving in the right direction.”

The Senate has until Aug. 15 to pass the bill. 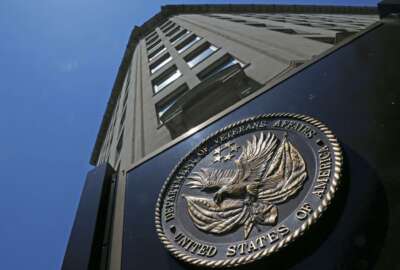 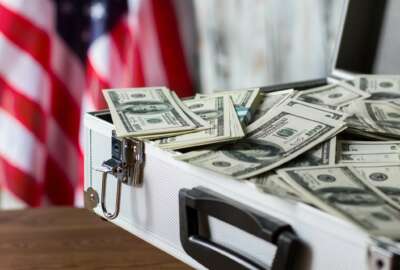