Two years ago, Congress created a new office within the Veterans Affairs department to investigate employee misconduct and protect whistleblowers from relatiation. But instead, the office has put whistleblowers in further danger, and failed to live up to many other aspects of its statutory mission, according to a VA inspector general review released Thursday.

While OIG investigators said there were signs that VA had started to turn the office around, they found the first two...

Two years ago, Congress created a new office within the Veterans Affairs department to investigate employee misconduct and protect whistleblowers from relatiation. But instead, the office has put whistleblowers in further danger, and failed to live up to many other aspects of its statutory mission, according to a VA inspector general review released Thursday.

While OIG investigators said there were signs that VA had started to turn the office around, they found the first two leaders of the Office of Accountability and Whistleblower Protection (OAWP) “engaged in misdeeds and missteps that appeared unsupportive of whistleblowers.”

The report said OAWP operated without any written procedures and processes to guide its work — one possible explanation for the fact that dozens of complaints “fell through the cracks” and went uninvestigated for nine months. In other cases, the office took steps that actively put whistleblowers in more danger of retaliation.

In hundreds of instances, the whistleblower protection office simply referred complaints back to the VA organizations that were the subjects of the problems whistleblowers complained about. Out of  more than 3,000 complaints OAWP handled between mid-2017 and the end of 2018, the office sent just over 500 to its own investigative staff. The rest were referred to other VA organizations — including more than 1,600 to the Veterans Benefits Administration and more than 200 to the Veterans Health Administration.

And when it made those referrals, OAWP did not always conceal the whistleblowers’ identities or even notify them that they were sending them back to VA components, according to the IG. In cases of whistleblower retaliation claims, the office required them to agree to let their names be revealed if they wanted an investigation done.

The report offered one example of a whistleblower — a VA psychologist claiming misconduct and whistleblower retaliation by management — who withdrew his complaint after learning it would be impossible to stay anonymous.

“I guess, bottom line, the facility knows it’s me,” he told OAWP. “I just don’t want my own HR to ‘investigate’ this and stir up yet more problems when they’ve been involved at every step.”

In another case, the IG said VA appears to have used the office to retaliate against one of its own whistleblowers.

That example involved Peter Shelby, the then assistant secretary for human resources and administration, who was the subject of several complaints to OAWP. One of Shelby’s subordinates, a career senior executive who’d accused him of retaliation and discrimination, became the target of an OAWP investigation himself after Shelby told OAWP the whistleblower was insubordinate. According to the report, OAWP recommended the whistleblower’s firing after a lightning-fast nine day investigation in which it interviewed only one witness.

“Multiple witnesses aware of the circumstances relating to [the whistleblower] told OIG investigators that the treatment…had a chilling effect on their willingness to come forward with allegations of wrongdoing,” according to the report. “One witness quoted Mr. Shelby as saying, ‘I’ll whip out my Accountability Act and just start firing people.’”

The IG said the office’s leadership misinterpreted many aspects of the law that authorized its creation from the very beginning. As one result of that, the office declined to investigate some matters it was legally required to, and held onto some complaints that should have been sent to other VA organizations.

For instance, the office decided to investigate a June 2018 case in which a VA police officer allegedly used excessive force against a hospital patient, because the incident had caught the attention of VA Secretary Robert Wilkie. OAWP ultimately determined there wasn’t enough evidence that the officer acted improperly. But since the incident was a potentially serious criminal matter, it should have been sent to criminal investigators at the Office of the Inspector General.

Conversely, the office declined to investigate complaints that were actually within its scope because of widespread confusion about its mission under the law, the IG said. The 2017 Accountability and Whistleblower Protection Act tells the office to investigate both whistleblower disclosures and allegations of misconduct or poor performance by supervisors, VA senior leaders and policymakers.

“Witnesses provided the OIG with conflicting responses when explaining whether the OAWP curtailed its investigative authority to investigate only matters that arose from whistleblower complaints,” according to the report. “Similarly, the OIG’s review of cases identified examples in which the source of the allegation was not a whistleblower. The conflicting information on this subject underscores the need for the OAWP to issue clear written triage guidance that conforms with the OAWP’s statutory scope.”

The IG found many of the office’s problems stemmed from the fact that its staff were made up predominantly of people with human resources backgrounds — not investigative ones.

“This deficiency was aggravated by the OAWP’s failure to provide sufficient training on such critical topics as interviewing witnesses, conducting investigations, and writing reports,” according to the report.

And thus far, the office doesn’t appear to have had much of an impact on one of its main purposes: holding VA leaders accountable for poor performance or misconduct. The IG said it could find only one instance in which a “covered executive” had been fired under the Accountability and Whistleblower Protection Act: Brian Hawkins, the former director of the Washington, D.C. VA Medical Center.

OAWP handled 35 cases involving allegations against VA leaders between June 2017 and March 2019. But the VA officials in charge of meting out disciplinary actions agreed with OAWP’s recommendations in only three of those cases.

The OIG said VA “deciding officials” often declined to follow OAWP’s disciplinary recommendations because they determined the proposed penalties were too harsh. That may have been because the office had a practice of only providing the evidence that supported punishment or removal, and not mitigating factors that could argue against it.

“OAWP investigators did not conduct investigations designed to ensure that all known or obviously relevant evidence was obtained,” according to the report, “Rather, in many instances, they focused only on finding evidence sufficient to substantiate the allegations without attempting to find potentially exculpatory or contradictory evidence. One disciplinary official described OAWP investigations as ‘a [disciplinary] action in search of evidence.’”

The OIG review mostly covered the period of mid-2017 through the end of 2018 — just before VA hired Dr. Tamara Bonzanto as its new assistant secretary for OAWP in January of 2019. Investigators acknowledged the office has made some improvements under the leadership of Bonzanto, a registered nurse and former House Veterans Affairs Committee investigator.

In her written response to the report, Bonzanto said she had already identified many of the same problems the OIG called out in its report, and agreed with all 22 of the recommendations investigators made.

“By April 2019, Dr. Bonzanto identified several deficiencies that needed to be corrected, including staff who were making decisions on her behalf with little to no oversight; teams who were duplicating efforts; investigators who were conducting investigations without sufficient training; a lack of communication with whistleblowers about the status of their matters; a lack of written policies and standard operating procedures; and reports and recommendations that displayed a lack of training,” according to VA’s statement to the IG. “Dr. Bonzanto developed and implemented a plan to correct these deficiencies.”

VA says it resolved several of the recommendations in September, when it issued a new directive that clearly lays out OAWP’s policies and missions.

But the OIG said the new directive doesn’t cure all of the problems it found, and it still considers all 22 recommendations to be unresolved.

For instance, investigators contend that VA is still defining OAWP’s investigative authority in a way that goes beyond what Congress allowed.

“Specifically, it expands the scope of the OAWP’s authority to investigate misconduct and poor performance for individuals other than those identified in the statute. The OIG has seen no evidence of consultation with Office of General Counsel or other analysis to justify how such an expansion of the OAWP’s investigative authority complies with statutory requirements.”

And the IG says OAWP still hasn’t solved the whistleblower confidentiality problem. The new directive does make clear that their identities can only be disclosed with the whistleblower’s consent, but IG says the office is still requiring employees who complain of retaliation to give that consent before it will open an investigation.

“The OAWP only provides complainants with two options: to consent to release identity or not,” according to the report. “As a result, employees could only receive OAWP’s investigative services if they consented to release and risk disclosure of their identity.” 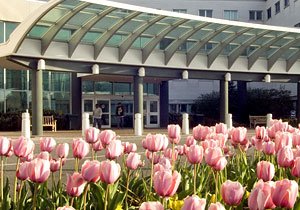