Tele-everything has taken on supreme importance as the nation battles the coronavirus. Telemedicine might be among the most powerful tools for the Department of Veterans Affairs, with its otherwise crowded hospitals and clinics. Former VA Secretary Dr. David Shulkin has a lot of professional experience with telehealth, and he joined Federal Drive with Tom Temin for more discussion.

Tele-everything has taken on supreme importance as the nation battles the coronavirus. Telemedicine might be among the most powerful tools for the Department of Veterans Affairs, with its otherwise crowded hospitals and clinics. Former VA Secretary Dr. David Shulkin has a lot of professional experience with telehealth, and he joined Federal Drive with Tom Temin for more discussion.

Tom Temin: Dr. Shulkin, good to have you back.

David Shulkin: Glad to be with you.

Tom Temin: Tell us about telemedicine. You actually personally worked with telemedicine patients at the VA.

David Shulkin: Well telemedicine has been around a long time because doctors and patients have all used the telephone, and that really is telemedicine. But, probably about 40 years ago, people started to figure out that besides using the telephone, you could use video. And so what telemedicine today really represents is using both audio and video to be able to replace a physical examination. And although the technology has been around a long time, it’s been very slow to be adopted in medicine, largely because of regulatory barriers and payment barriers. In the Department of Veterans Affairs that’s been a little bit different. The Department of Veterans Affairs has been much more aggressive for many more years, using telemedicine largely because of the necessity of reaching veterans in places where VA doesn’t have facilities, particularly in rural areas or in areas that many more veterans have moved to than the facilities could support. So VA has been using telemedicine for quite a while now.

Tom Temin: And I guess early tele/video types of applications had expensive kiosks or robots that rolled around, but can it actually be done with pads and smartphones?

David Shulkin: I think you’re exactly right. The initial way that many organizations like the Department of Veterans Affairs had been using telehealth were with what was, what were called telehealth carts. And they look like large computer screens that you’d have to roll into a room that had equipment attached to them. They were not only difficult to move around, but they were expensive. Today, most things that could be done on those parts can now be done on an iPhone or a smartphone and certainly on tablets. So the technology has made it more accessible and certainly brought the cost of it down as well.

Tom Temin: And what are the training requirements or knowledge requirements on the part of healthcare practitioners to be able to be effective in telehealth situations? And is it only physicians, or can nurses and physicians assistants also use it?

David Shulkin: A lot is changing in this rapidly. Because of the recent coronavirus issues, the federal government, just this past week, has released a lot of the regulatory barriers to telehealth. One of those is that it will allow not only physicians and nurse practitioners, but it will allow social workers and dietitians and nutritionists and other people that are trying to deliver health care services to be able to use and be reimbursed by Medicare for telehealth. That’s a game changer. The federal government has also released a large number of other regulatory requirements that prevented telehealth from being widely used. It has begun to address the disparity in payment. So now the payment will be the same, whether you see a patient in person or on telehealth. It’s allowed the ability to move across state lines, which probably had been the largest barrier to being able to apply telehealth across the country. At the Department of Veteran Affairs, when I was the secretary, that’s what I took on and with the president’s support, we were able to get VA practitioners to be able to use telehealth to help veterans anywhere in the country from any state. So, as secretary, I would take care of patients in Grants Pass, Oregon, from my office in Washington, D.C., using telehealth. And so it really just makes a great deal of sense because it allows you to match where the patients are to where the health care professionals are and be able to deliver services with a high quality type of environment and also to match the right expertise to what the patient’s needs are.

Tom Temin: We’re speaking with former VA Secretary Dr. David Shulkin. But on the part of practitioners, do they need any special training to be able to be good at telehealth versus meeting with people in person?

David Shulkin: There are different systems out there and use at the Department of Veteran Affairs because, the equipment was still being based on using the carts. When I would practice telehealth, wherever the patient was there would be a couple staff members that would be assisting in moving the equipment around so I could listen to the heart and lungs, or I could look in the throat or the ears, and I would need a nurse so that I could say, “Could you feel the belly, could you move the arm to the left or the right, so I could really take a good look at what is bothering the patient?” So using the larger equipment, there are staff that need to be able to help a doctor or another health care professional complete a telehealth exam. But because technology’s changed so rapidly there are new devices that are out there currently being used in the market that do not require any other staff. It actually allows the patient to be able to move the equipment around themselves. It uses video to help them understand where that equipment should be placed. And so we’re rapidly seeing the ability to be able to deliver telehealth without having additional staff. And the complexity of using it is not at all a barrier. In fact, patients are able to do it themselves now.

Tom Temin: But can this work at home say, if the patient is at home, that is, and all they have is a smartphone?

David Shulkin: Yes, well, the devices that I’m talking about look like smartphones, but they’re actually different than the phone. It’s like if you have a automatic blood pressure machine, you know that’s not necessarily part of your phone, but it’s a device about the size of your phone that can accomplish everything that you need. I do believe that there will come a time that all of this will be built right into a phone as well. So, the technology is improving. I think the technology has never been the limitation. When you’re talking about telehealth, it’s always been the health care system that that equipment operates [in] and the barriers, as I mentioned, that were both regulatory- and reimbursement-wise. And as we see those begin to be pushed aside so that you can actually focus on how can you deliver care that’s efficient, high quality and easy to use, we’re gonna see much more technology enter the market, and it’s only gonna become simpler to be able to do telehealth at home.

Tom Temin: So one good side of the coronavirus, it sounds like, is that it could pave the way for these regulatory reforms on a permanent basis, allowing more telemedicine.

David Shulkin: Yeah, I hate to say there’s anything good about the coronavirus, of course, but what we do know is that in times of crisis, when you have to move quickly and just do what makes sense – because people’s lives are at stake – we often see rapid change happening and what we’re seeing, particularly out of the federal government right now, is the ability to move and put aside many of the regulations, that frankly have just slowed down adoption. We’re seeing leadership saying that we want to bring antiviral therapies to the market. We want to bring a vaccine to the market. We want to be able to move around health care professionals where it’s needed, and we want to use technology like telehealth. And they are moving aside those regulations and barriers that have prevented the quick adoption of many of these very important life-saving parts of our health care system. So in the time of crisis, things happen quickly and quite frankly, I don’t think that we will ever go back to a time where many of these barriers were just the way that we thought of medicine and the way that we have accepted the environment. Now that people see what can be done and how quickly things can move, I think these are going to be permanent parts of the way that we deliver health care.

Tom Temin: Dr. David Shulkin is former VA secretary. Thanks so much for joining me.

David Shulkin: Glad to be with you. 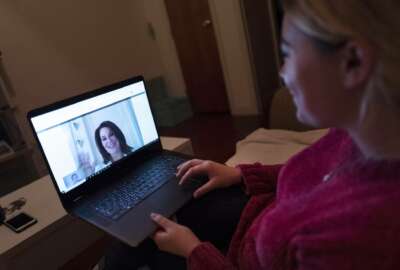