The National Archives and Records Administration is making an urgent plea to the Defense Department, calling on the Pentagon to help it address a backlog of 500,000 pending records requests and another 400,000 refiling requests.

The backlog has been building since last March, when NARA sent most employees home to work remotely and implemented COVID-19 safety protocols at the National Personnel Records Center in St. Louis, which houses and processes military and medical documents that...

The National Archives and Records Administration is making an urgent plea to the Defense Department, calling on the Pentagon to help it address a backlog of 500,000 pending records requests and another 400,000 refiling requests.

The backlog has been building since last March, when NARA sent most employees home to work remotely and implemented COVID-19 safety protocols at the National Personnel Records Center in St. Louis, which houses and processes military and medical documents that veterans need to apply for federal benefits.

Members of Congress on both sides of the aisle have been fielding complaints from their constituents for months, many of whom have struggled to access services at the Department of Veterans Affairs during the pandemic.

William Bonsanko, NARA’s chief operating officer, issued a formal request for assistance to the Pentagon last week, and a bipartisan group of House members, including the chairmen and ranking members of the House Oversight and Reform and Veterans Affairs Committees, are calling on the Pentagon to respond.

“We respectfully ask DOD to prioritize and fulfill NARA’s request,” the members said Thursday in a letter to Defense Secretary Lloyd Austin. “Veterans and their families depend on timely access to personnel records in order to receive life-saving medical care, emergency housing assistance, proper military burials and other vital benefits earned through service to our country. We urge DoD to support the NPRC’s work and to ensure that we uphold our solemn pledge to care for our nation’s veterans.”

Veterans need their military records in order to get access to VA health, housing, burial and other benefits. But most records at the NRPC exist only in a paper format, and employees can’t access them remotely.

During most years, the NRPC receives 20,000 records requests each week, or 1.2 million annually. The agency responded to most within 10 days, NARA said, before the pandemic hit.

“We have not been able to maintain our normal, high level of responsiveness during the pandemic,” Bonsanko said his in request to DoD. “We have taken a number of actions to protect our workforce from exposure to COVID-19, including reducing the number of employees permitted in our facilities at one time and implementing strict social distancing procedures for on-site work.”

NARA, for example, brought employees into work on Saturdays and added a second shift for the workforce, meaning the agency could double the number of personnel on hand without breaking COVID-19 safety protocols.

“Unfortunately, these efforts have not been enough to keep pace with the new requests received over the same period, and our backlog of unanswered requests has continued to grow,” he said at the time.

VA has tried in several ways to help. Thomas Murphy, VA’s acting assistant secretary for benefits, told Congress last week that his team worked with NARA to process some emergency records requests more quickly, and the department has chipped in some of its own COVID-19 relief funding to pay for NPRC employee overtime.

The department detailed employees to the NPRC, and VA Secretary Denis McDonough offered vaccines to NARA employees through VA’s allotment of doses.

Today, the two agencies are working together to digitize some records.

Still, those efforts clearly haven’t been enough. NARA told Congress it could take two years to resolve the backlog of pending records requests without additional help.

NARA’s request to DoD illustrates the complexity of the work that lies ahead.

Specifically, the agency said it needs DoD’s help in transporting up to 400,000 official military personnel folders to a location off site from the NPRC in St. Louis. DoD personnel would sort and group folders in sequential order so the NPRC can refile them later.

DoD would transport the newly batched files back to the NPRC and help the agency with refiling and digitization efforts. It would also help NARA search, find and respond to records requests and photocopy and mail separation documents to those who have requested them.

“We are prepared to begin immediately,” the NARA request reads. “To support social distancing, we request the on-site work be performed in the afternoon, between the hours of 1 and 7 p.m. daily, when there are fewer staff and contractors in the facility. We expect the duration to be less than six months.”

While NARA processes and houses these records for a fee, military services own the documents themselves. NARA will not reimburse DoD for the use of its personnel, but it will repay the department for any other costs associated with the project, Bonsanko said.

Disability claims backlog will get worse before it gets better, VA warns 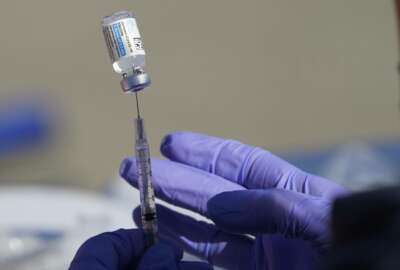