The Department of Veterans Affairs expects to keep growing its benefits division’s workforce through the end of the fiscal year, now that it’s able to tackle a trove of veterans’ claims that’s been growing since the summer.

The VA on Jan. 1 started processing all claims submitted under the PACT Act, which enables a historic expansion of eligibility for VA health care and benefits.

The legislation, signed into law by President Joe Biden in August,...

The Department of Veterans Affairs expects to keep growing its benefits division’s workforce through the end of the fiscal year, now that it’s able to tackle a trove of veterans’ claims that’s been growing since the summer.

The VA on Jan. 1 started processing all claims submitted under the PACT Act, which enables a historic expansion of eligibility for VA health care and benefits.

The legislation, signed into law by President Joe Biden in August, is expected to bring an additional 3.5 million veterans into VA care.

Jacobs said VBA is using new PACT Act authorities and funding to hire an additional 1,900 employees in the first half of fiscal 2023. The agency, he added, has already completed onboarding steps for about 40% of its target workforce.

“The bottom line is we want to send a message to veterans that we’re ready. We’re excited to implement the PACT Act and we want you to apply now so that we can deliver the care and benefits that you deserve and have earned,” Jacobs said.

The VA, to date, has received 213,000 PACT Act-related claims for benefits since Biden signed the legislation in August. The agency has also conducted 959,000 toxic exposure screenings of veterans, and nearly 39% have reported a concern about toxic exposure.

In addition to the agency’s 1,900-employee hiring goal, Jacobs said VBA is “actively working to hire more” employees, and plans to bring another approximately 2,500 employees by the end of FY 2023.

VBA also plans to host a national hiring event in early February to interview and onboard more employees.

VBA is looking to hire thousands of new employees this year and implement additional automation tools to process benefits claims faster than ever. The agency hired over 2,000 employees last year in anticipation of its growing workload under the PACT Act.

Beyond recruiting and hiring, Jacobs said VBA is focused on training all its employees on how to handle PACT Act claims.

Jacobs said VBA started PACT Act training for its workforce at the beginning of December, and that the agency has trained about 50-60% of the total workforce so far.

“We know that it takes a while to train new employees. It takes several months. This is a complex business, but we also need to train our current employees,” he said.

“That’s an important investment upfront. That is critical for us to be able to make the right decision the first time we process the claim,” Jacobs said.

VBA is keeping up its hiring initiatives and rolling out automated support tools, to stay ahead of the surge of PACT Act claims.

However, the agency anticipates its claims backlog will temporarily increase as takes on its additional workload under the PACT Act.

“We’re going to have a dip in production that will then ultimately come back up,” Jacobs said.

Jacobs said VBA rolled out automation decision support tools at eight regional offices so far as part of a pilot program, and that those tools are helping claims processors pull information from veterans’ records.

Jacobs said the automation tools help VBA employees process benefits claims more quickly, and that the agency is looking to expand its use of these tools.

VBA received about 2,600 PACT Act claims from terminally ill veterans so far, and has granted nearly 200 of those claims to date, paying out approximately $3.4 million in benefits.

VA hosted a PACT Act Week of Action between Dec. 10 and Dec. 17, during which the agency hosted more than 120 events across all 50 states, the District of Columbia and Puerto Rico.

VBA, however, expects to continue its outreach to veterans throughout 2023. 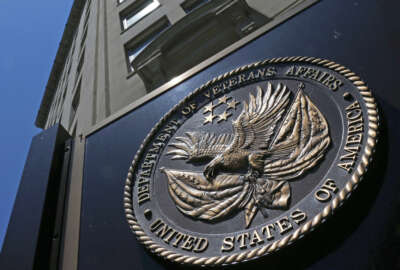 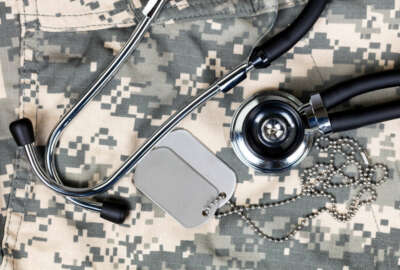 VBA says it will reduce disability claims backlog by fall, but Congress isn’t so sure