The National Background Investigations Bureau has been working all year to find new ways to make the current background investigation process more efficient.

During a “business re-engineering process” with the Office of Personnel Management, the Defense Department, the Office of Management and Budget and the Office of the Director of National Intelligence, NBIB identified 57 challenges to the current clearance process, according to a recent report from the...

The National Background Investigations Bureau has been working all year to find new ways to make the current background investigation process more efficient.

During a “business re-engineering process” with the Office of Personnel Management, the Defense Department, the Office of Management and Budget and the Office of the Director of National Intelligence, NBIB identified 57 challenges to the current clearance process, according to a recent report from the Government Accountability Office.

NBIB then split the 57 challenges into five different portfolios and 21 initiatives and began to work on plans to tackle them. But those plans were put in limbo as OPM waited to hear whether the Pentagon would resume control over background investigations for its own personnel.

“NBIB’s long term strategic plans are impacted by uncertainties related to the [fiscal] 2017 National Defense Authorization Act, Section 951, which directed DoD to develop a plan to transfer responsibility for conducting background investigations on DoD personnel from NBIB to DoD. NBIB therefore has been developing contingency plans and models, including milestones, to work down the current inventory to a ‘healthy’ inventory, that take into account DoD’s 951 Plan, phased transition and variable timeline,”  acting OPM Director Kathleen McGettigan wrote in a Oct. 24 response to GAO.

GAO released the report in mid-December but finished its study and offered recommendations in the fall — before Congress in November authorized the transfer of DoD background investigations from NBIB.

There are several reasons for the dysfunction. As Federal News Radio previously reported, a series of poorly timed decisions all led to current investigative backlog, which GAO describes.

Auditors also confirmed what many federal employees, contractors and current clearance holders already know to be true: the backlog of pending investigative matters is long and few agencies are meeting set timeliness standards to process and adjudicate them.

The backlog grew at an average rate of roughly 3,600 investigations each week from October 2016 through July 2017, according to GAO.

The National Background Investigations Bureau encountered challenges from the beginning when OPM first stood up the new agency in October 2016.

Operational challenges have — and continue — to make the transition difficult from OPM’s Federal Investigative Services to the NBIB, GAO said.

An executive order from President Barack Obama before he left office in January 2017 codified the NBIB as a semi-autonomous agency and specified that it be headquartered in Washington, D.C.

“NBIB headquarters is located in Washington, D.C., but according to NBIB officials, as of July 2017, only 48 — including both occupied and vacant positions — of NBIB’s 3,260 positions, or about 1.5 percent, were located in Washington, D.C.,” GAO auditors said. “In addition, although the position of senior privacy official has been established in the NBIB organization chart, according to NBIB officials, this position had not been filled as of July 2017. NBIB officials explained that they work closely with OPM’s senior privacy officer, and so they decided to prioritize filling other leadership positions within NBIB.”

Still, NBIB lacks a clear plan to combat the current investigative backlog, GAO said. Historically, too few federal investigators has been one of the biggest drivers of the clearance backlog.

The same is true today for NBIB, which told GAO it lacks the resources to hire more federal investigators beyond the 1,975 that OPM had already approved.

The agency also lacks a strategic workforce plan. Specifically, NBIB attempted several different analyses to determine how changes in the number of investigators would positively or negatively impact the backlog over time.

“NBIB officials assessed four scenarios, from the status quo — assuming no additional contractor or federal investigator hires — to an aggressive contractor staffing plan beyond January 2018, but in July 2017 they determined that the aggressive plan was not feasible,” GAO said. “The two scenarios that NBIB identified as most feasible would not result in a ‘healthy’ inventory level until fiscal year 2022 at the earliest.”

Multiple agencies also have their hands in some aspect of NBIB’s work. The agency is subject to oversight from several entities, including OPM, the ODNI and the Performance Accountability Council, GAO said.

The Defense Department also plays a role, as it’s designing, building and implementing a new IT system, the National Background Investigation System, for NBIB.

The Pentagon told GAO that NBIS is expected to achieve full capability sometime in 2019. But NBIB officials told GAO that unforeseen challenges are pushing that timeline back.

“According to DoD CIO officials, unexpected complications have arisen since beginning development of NBIS,” GAO said. “Specifically, these officials stated that they have discovered that NBIS may require many more inter-connections to OPM legacy systems than originally planned. According to these officials, NBIB will continue to rely on OPM legacy systems for investigations of any complexity until NBIS becomes fully operational.”

In addition, OPM and DoD disagree over possible security vulnerabilities with NBIS.

For example, more complex background investigations will need to start within NBIS and then draw data from several OPM legacy systems before going back to NBIS for adjudication. The Pentagon told GAO that it can’t simply swap an OPM legacy system with NBIS, because OPM “has 43 back-office functions fed by various systems that are often inter-related.”

“DoD CIO officials stated that the project management team building NBIS is currently working to fully understand how OPM’s various back-office functions are tied together, and also evaluating the cybersecurity risks inherent in connecting to OPM’s legacy systems,” GAO auditors wrote. “DoD CIO officials explained that this connection, as well as logistical challenges associated with data migration from the legacy systems to NBIS, raises concerns about risks to NBIS.”

OPM, however, disagreed, instead arguing that the Pentagon and OPM have already connected with its legacy systems. Cybersecurity continues to be an OPM priority, GAO said. 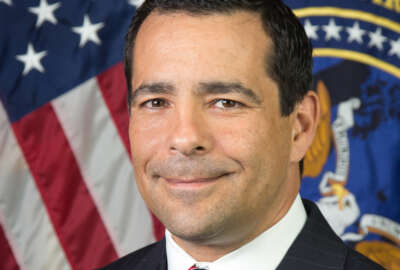