After getting the go-ahead from the State Department to proceed on their own hiring strategy, the U.S. Agency for International Development (USAID) released details Thursday on its proposal to reorganize the agency.

According to a transcript obtained by Federal News Radio, USAID Administrator Mark Green unveiled a draft of the organizational chart during a presentation to staff at the agency’s headquarters in Washington.

“For me, redesign has been an opportunity to ask ourselves a simple question: what do we need to do to continue that leadership role in the exciting years ahead?  How should we shape ourselves? How should we position our work? How can we recruit the best talent, retain it, strengthen it, empower it to lead?” Green told employees.

An agency spokesman declined to release specific details about the organizational chart, which has not yet been finalized, but has been reviewed by the Office of Management and Budget.

The restructuring plan comes just a month after Deputy Secretary of State John Sullivan said USAID “should initiate its own hiring processes to accommodate the agency’s staffing needs,” according to a March 12 memo written by Green.

Meanwhile, the State Department is working on lifting its hiring freeze and moving to a “strategic hiring initiative.”

It’s unclear whether the reorganization would result in a net reduction in USAID’s workforce, but the agency will have to adapt to some budget cuts.

The president’s budget request for 2019 sets aside a $25.8 billion budget for the State Department and USAID, a 26 percent decrease from 2017 levels.

But Green cautioned that the agency’s reorganization plans aren’t a reaction to budget cuts.

Jim Richardson, the coordinator of USAID’s Transformation Task Team brief USAID employees about the details of the reorganization.

Richardson didn’t immediately respond to requests for further details about the reorganization.

Green invited employees to offer their feedback on the new organizational chart.

“This structure will be finalized through a gradual, consultation-informed process. Not a light switch going on and off, but a transition that will take place over months and be guided with your feedback,” Green said.

The proposed restructuring plans are the product of workforce brainstorming sessions, and were organized into “pillars of work,” such as identifying metrics to track progress made on agency initiatives.

“The pillar teams, all career-led, challenged assumptions and tested thinking. Their countless hours of discussion and collaboration led to the plans we submitted to OMB for their initial review and approval,” Green said.

Despite the proposed changes to the agency’s hierarchy, Green said restructuring the agency only accounts for about 20 percent of the overall agency transformation plan. 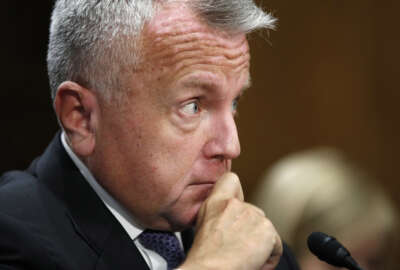 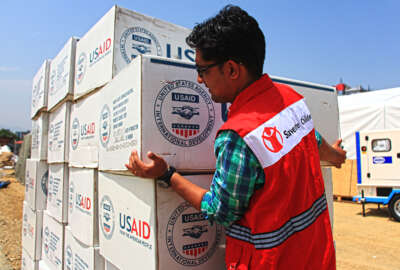