While the security clearance process is improving, adjudications could use some attention

One backlog goes down, another one pops up. That’s how it is in the background security clearance process. As the wait for clearance decisions go down, the wait for adjudications is on the rise. That’s just one of the issues companies are calling out as the Defense Department tries to reform the whole process. For more, the...

One backlog goes down, another one pops up. That’s how it is in the background security clearance process. As the wait for clearance decisions go down, the wait for adjudications is on the rise. That’s just one of the issues companies are calling out as the Defense Department tries to reform the whole process. For more, the Federal Drive with Tom Temin spoke with the president and CEO of the Professional Services Council, David Berteau.

Tom Temin: Dave, this one just seems to not be able to fix itself, does it?

David Berteau: Well, there has been a lot of progress made, Tom, but as you note, progress in one area often creates log jams in another area. The main thing and you and I have talked about this for years now is that the backlog of security clearance background investigations, which is the part where investigators are checking to see whether you filled out the forms properly and whether you’ve done something you didn’t note on your forms, et cetera. That’s gone down. It was over 700,000 just April of 2018, so less than two years ago. Now it’s down to around 200,000 which the  people who run this system say that’s kind of steady state. You’d have that many people coming in and in the system normally, right? So what happened to those other 500,000? Well, they finished their background investigation, and then they moved to the next phase, where the adjudicator’s review the results, sometimes find problems, you gotta go back and fix the problems, get the data right, et cetera. But ultimately make decision “Yes, you get a clearance [or] no, you don’t.” Well, that backlog now moved into the adjudication part of the process. Part of the problem is we actually made some progress as well. The administration was giving us good information about the backlog in background investigations. Under the President’s Management Agenda there’s this cross agency priority goal number 13. What a lucky number for security clearances to have. And it would get quarterly updates on the backlog. There’s no equivalent visibility into the backlog in adjudications and adjudications are not centralized. DoD has a bunch of them, but a lot of other agencies have adjudication facilities as well. So we don’t actually know what the size of the backlog is or what progress is being made on bringing that backlog down and you don’t get a clearance until it’s been adjudicated.

Tom Temin: In other words, if the whole process of getting your security clearance from end to end is one of those long balloons, they make animals out of, all they did is move the bump from one end to the other.

David Berteau: The bump is moved, right, and we can’t see the bump anymore, so we don’t know how fast it’s getting smaller and whether the resources are being applied to it. You know, it takes people to do this. It takes process improvements. It takes updated information systems to do that. Now, by centralizing background investigations in the Defense Department, which was done last year under the president’s executive order and OPM’s National Background Investigation Bureau transferred to DoD effective Oct. 1, you’ve now got one group generally in charge of almost all of the background investigations. There’s no similar piece of adjudication. We did get legislation in the FY 2020 National Defense Authorization Act, signed on Dec. 20, that does require administration to report on these adjudication backlogs, and we find at PSC, Tom, that when when the executive branch has to report to Congress on something more attention is paid to actually making those numbers get better over time. So there’s hope here.

Tom Temin: That’s right. And Congressman Gerry Connolly of Northern Virginia is looking into this, too, isn’t he?

David Berteau: He is looking at it. First of all, he was the originator of the provision that led to the adjudication reporting in the National Defense Authorization Act. Many other sponsors as well. And just yesterday, out in northern Virginia, at Fairfax City at George Mason University, Congressman Connolly, in his capacity as chair of the Subcommittee on Government Operations, held a round table, which is not a formal hearing, but a broad general discussion. There were a lot of industry people there talking about what the issues are, and PSC was represented there as well. I was privileged to speak before the round table as well.

Tom Temin: We’re speaking with David Berteau, president and CEO of the Professional Service Council. And what about the other big piece that the NBIB, as it’s now called — I love that, NBIB. It’s like they don’t drool on themselves — is the continuous evaluation, is that coming along?

David Berteau: This is one of the process improvements that I think the Defense Department and the intelligence community have been touting for a couple of years here. So after you’ve been granted a security clearance, periodically the government in the past would come back and check and see whether you still deserved one. If you had a top secret clearance, this thing called the periodic re-investigation would occur every five years. If you had a secret level clearance, it would occur every 10 years. The problem was two fold: Number one, is five years is a long time. And what are you doing in between? Number two is we actually had a lot of information that we could access that would give us some sense of how a person is doing. Databases about law enforcement, your arrest record, your financial records, a whole host of things that would give some indication as to whether you were sticking to the straight and narrow path that would want cleared individuals to do. So now, with continuous evaluation, the government is looking at this information on cleared individuals. As a result, you don’t actually have to wait until your five-year, 10-year periodic re-investigation, and in fact, the theory is don’t do a periodic re investigation at all unless it’s called for by what’s revealed through the continuous evaluation. This is still evolving. You know, the question of how many people do you find data that requires a lot of checking? Will this increase the number resources needed above that which was used for periodic re-investigations? Will it decrease it, will it be the same? We don’t know the answers to those yet, but it holds a lot of promise because it would give you real-time information about where your risks are, both from a security point of view, from a counterintelligence point of view and overall from a national point of view.

Tom Temin: But at this point, it’s only partially under way, as far as we can tell.

David Berteau: It’s only partially underway. And there’s another initiative waiting the president’s signature on a memorandum that will initiate a series of additional reforms called Trusted Workforce 2.0, which will bring more of this into play, and our understanding is that the secondary and tertiary guidance documents are t’ed up and ready to go as soon as the president signs his memorandum. The problem is, no one knows exactly how to predict when that’s gonna happen.

Tom Temin: No, and no one would dare try I think in the way things were running these days. And I guess the other issue in this whole background investigations is, a good piece of grease that would keep everything going, is reciprocity among agencies for someone who has a clearance.

David Berteau: This has been a real problem almost from the beginning, right? That clearance in one place is not good enough to be a clearance in another place. We really need, in order to take advantage of the agile systems we have today and the workforce movement that we need to have particularly to recruit young people — you’re not going to recruit somebody [who] would say, “I’m gonna get this clearance. I’m gonna sit this desk for 30 years and then I’ll retire.” But so you have to have better reciprocity. It works pretty well in some agencies, it doesn’t work very well and others. And here again, we don’t have visibility into the actual data. We don’t know how many people are hung up inside the system with a request for reciprocal recognition of a clearance, but not yet a granting of that. Because you almost never say no. They just don’t say yes. And so you just sit in there in limbo for 90 days, 100 days, 200 days, 300 days. We’ve heard as many as a year and a half before you get a final resolution.

Tom Temin: All right, so this is all, then, about two-thirds baked, the whole process. NBIB has been established. It’s in DoD. They’re starting continuous evaluation. They still have big backlogs, and we’re waiting for this reciprocity to somehow resolve. So I’d give it about a 50% to 60%?

David Berteau: There’s a lot of progress in the right direction. Keep in mind, even though DoD is in charge of the whole process, DoD is only about 65 or 70% of the volume. The rest are spread out across the rest of the federal government and other agencies. I think there’s a total of 105 separate government entities that contribute funds to the Working Capital Fund that pays for these background investigations. So off on a good start, a lot of problems still. One of the other issues that matters a lot to our member companies is when the government has information about individuals who are contractors but who are operating inside the government on a government system, on a government network, in a government facility. Sometimes those individuals are sent back to the contractor, saying, “This guy can’t work on the contract anymore,” and you don’t know why. And if you don’t know why, then you don’t know what to do with that person to make sure that if they are a risk or a threat, that you don’t put them somewhere else. So this will come into play.

Tom Temin: So this is a piece of transparency you’re looking for?

David Berteau: Another piece of transparency. Their objections — it says “You’re violating privacy act if you reveal this sort of information.” On the other hand, there are ways to get around that as well. So PSC will continue to work on that on behalf of our members.

Tom Temin: David Berteau is president and CEO of the Professional Service Council. As always, thanks so much. 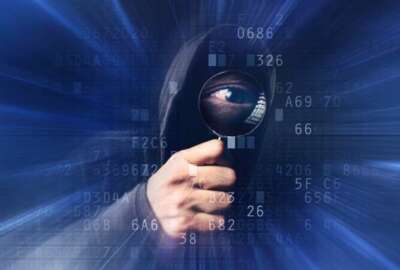 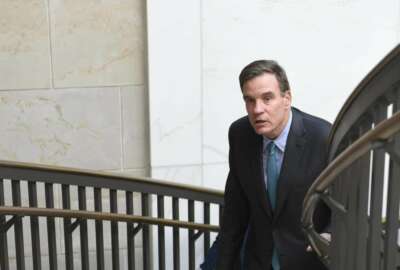