Effective communication of the utmost importance during pandemic

Among the many complaints hurled back and forth about the government’s response to the corona virus threat, nearly everyone agrees that consistent and accurate information should be important part of the response. For more on this and the other elements of what makes for effective response, the CEO of the Council on Strategic Risks, Christine Parthemore, spoke...

Among the many complaints hurled back and forth about the government’s response to the corona virus threat, nearly everyone agrees that consistent and accurate information should be important part of the response. For more on this and the other elements of what makes for effective response, the CEO of the Council on Strategic Risks, Christine Parthemore, spoke to Federal Drive with Tom Temin.

Tom Temin: Ms. Parthemore, good to have you on.

Christine Parthemore: Thanks for having me.

Tom Temin: And you have worked in this capacity with both defense and civilian agencies. If you look at the government’s response to coronavirus so far, and I guess in some sense it’s still early in the whole thing, what would you say has gone well and what could be improved?

Christine Parthemore:  A few of the things that have gone well. So first off the front line workers across state governments and local hospital systems and first responders systems are doing an amazing job, and that’s where most of the locus of activity is. So we all need to be very grateful to all of those workers on what they’re doing. A few of the other things that have gone well, some of our friends who worked at the Department of Health and Human Services and the Centers for Disease Control and Prevention have done some things very well in this, that perhaps don’t get that much attention. Many of the announcements that came out Friday were very good news for preparing for a massive response. should this crisis continue to escalate, which it appears likely to do. Some of the announcements by the coronavirus task force that [the] Health and Human Services Department have put forward, allow hospitals more flexibility in how they care for patients and where they care for patients. Those types of flexible responses are really, really important. They’re also good signs that the government has used its ability to fast track approval for new vaccines, tests and countermeasures. So those areas have been a little bit bumpy in the response so far. But the fact that the government is accelerating approval for getting your products to the market that are safe and they’re going to be effective is a very important step is well. There is, while there has been inconsistent information from different people speaking on behalf of the government, should say the CDC has done a pretty good job so far getting out good information. They had a robust website up almost immediately. They’ve been putting out really important information about hand washing and social distancing and personal behavior and responsibility since the beginning of this crisis, really. While those messages have not always carried forward from all of the different actors speaking on behalf of the federal government, that information has been out there and consistent from the CDC.

Tom Temin: All right and what do you think the government should have done better so far? I guess there seems to be a lot of controversy over preparation and distribution of the test kits, although I guess my question is, how could anyone have had enough of this ready with the whole thing being brand new to the scene of medicine?

Christine Parthemore: Well, it’s actually quite possible, and we saw it occur in South Korea. The reason why it’s feasible and what South Korea showed is that we’ve been here before. We’ve dealt with SARS and other large scale outbreaks across our countries before. The test kits are clearly a monumental failure in how our country has handled the response for this. I hope we never see this kind of thing happen again. So this is we have new technology to bring to bear, and that’s what you see countries that have responded well on the testing side have done. So this coronavirus, the sequence was put out by the Chinese government almost right away, which would allow scientists in any country to start developing diagnostic kits and different tools and that. Some of the companies, including in other countries that have done well on this they had biotech firms immediately start using that sequence with AI systems and machine learning systems to go through and figure out what types of genes or other substances they needed to be testing for. So you’ve seen this as well in places like Cleveland Clinic and other hospital systems around our country have developed quick test kits as well. So it’s possible to do this within a couple of weeks, but you needed the foresight to do it. So the reason that South Korea jumped on the diagnostic kits is because that was a big failure in their system. In some of the previous outbreak responses, they saw the lag that it created and you couldn’t diagnose whether people were sick or not, and how that very, very quickly overwhelmed hospital systems. If you don’t have that tool. We should have started that, and started fast tracking approval for some of these new diagnostic systems earlier in the United States. And I hope that in any response going forward, that is preeminently a lesson that was learned and carried forward.

Tom Temin: We’re speaking with Christine Parthemore. She’s CEO of the Council on Strategic Risks. And what about the idea of using the military somehow, in response to this? I’ve always felt personally that when we turn to that, it sort of indicates a lack of capacity and resiliency where it should be on the civilian side of public affairs.

Christine Parthemore:  It’s – so it’s also just different capacity being added into the mix, right? So we have large bases and installations and a large number of personnel who are trained in crisis management that can be brought to bear similar to how they would come into action in a natural disaster. There are obviously very strict laws governing how that occurs when we use military forces and assets within the United States for civilian uses. They’re not going to replace the hospital systems that are lacking capacity. That’s a supply chain and medical personnel training issue. But I think that we’re going to see that at least more emphasis on the use of defense installations, potentially to isolate people or house people who are sick or for other purposes in the coming weeks. So I believe that conversation’s going to continue forward. One of the things that I’m most focused on that needs to be more on the table is that the Department of Defense has tremendous medical capabilities as part of its biological defense programs and its programs that are focused on keeping active duty and reserve military forces healthy, especially when they deploy to environments where they’re introduced to novel diseases that they might not be exposed to in the United States. Those programs have existed for more than a century. It’s more than a $1 billion a year for some of these programs that conduct disease surveillance and testing and evaluation, that develop new vaccines and other medical countermeasures for diseases like coronavirus. They developed protective equipment to help people who are exposed to different disease vectors. All of those defense programs should be brought to bear for a national emergency like this. Those budgets need to be robust, going forward for the Department of Defense. So even though those are defense capabilities they’re assets that can contribute to a national response to this, as they did during the ebola crisis, where the Department of Defense ended up playing a pretty substantial role fully in support of the civilian leaders of the response but still contributing really unique and important assets that the Department of Defense has.

Tom Temin: All right, in the next couple of months, then what do you think should happen with respect to coronavirus and what should happen on a permanent basis with respect to how the nation is ready or not ready for the inevitable next one, whether it’s 10 years or 20 years and in the future?

Christine Parthemore:  If that long. I suspect it’s not actually going to be that far into the future. Going forward, I think it’s really important again to take the lessons learned from this experience and share them broadly with the public. So they’re significant lessons learned, evaluations done after the ebola crisis, for example, that have never been made public. They hold really important insights into how countries can get prepared and when there’s the first sign of an outbreak like this happening, there are these responses that you can gear up and start to get in queue. If they’re not needed, that’s great. But if they are there, they’re rolling. Things like getting the diagnostic kits moving forward and diagnostic systems for specific diseases developed very, very rapidly and disseminated rapidly. It’s very possible to do those things if you’re prepared. I would also like to see a senior position back at the White House for this. You saw a senior person appointed during the ebola response. But even on a regular basis through much of the George W. Bush administration and much of the Obama administration, you had somebody either on the Homeland Security or National Security Councils in the White House, whose job it was to in part look for an early sign that we’re going to have a massive outbreak or pandemic, and we needed to start ramping up all of those things and getting them in gear for our country. One final thing that I would suggest is that we need to bring back robust exchanges with our international partners, and our allies in particular. When I was at the Department of Defense, we accompanied our colleagues in the CDC and FBI and the White House, and Health and Human Services, and FEMA, and we did exchanges with our counterparts in other countries like Japan, to share lessons for when national emergencies hit. Those were really, really invaluable for our countries sharing expertise with each other and learning in particular what went wrong in responses to different national crises, whether they be a biological event or a terrorist attack of some kind, or a massive natural disaster. We can all learn from what other countries do well and what we’ve done less well to inform how we do things going forward.

Tom Temin: Christine Parthemore is CEO of the Council on Strategic Risks. Thanks so much for joining me.

Tom Temin: We’ll post this interview along with a link to more information at www.federalnewsnetwork.com/FederalDrive. Hear the Federal Drive on demand. Subscribe at Apple Podcasts or Podcastone. 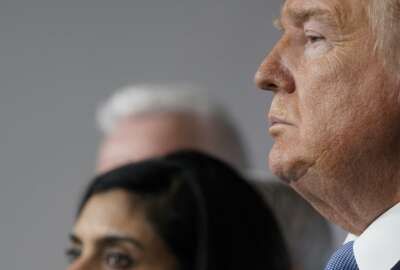 Trump changes his tone, gets real on the coronavirus threat 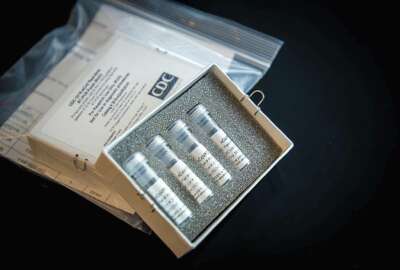 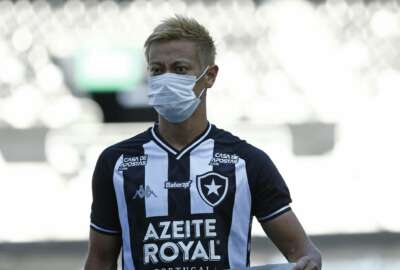 CDC’s latest guidance could mean no sports for much longer