Building off lessons learned from an earlier program to retrain agency employees for cybersecurity jobs, the Office of Management and Budget is launching a data science reskilling program for the federal workforce.

Officials from OMB and the Census Bureau, the first agency to pilot the data reskilling program, discussed the concept in several forums late last year, but the final version of the program, which will begin mid-September, has been reshaped in part by the...

Building off lessons learned from an earlier program to retrain agency employees for cybersecurity jobs, the Office of Management and Budget is launching a data science reskilling program for the federal workforce.

Officials from OMB and the Census Bureau, the first agency to pilot the data reskilling program, discussed the concept in several forums late last year, but the final version of the program, which will begin mid-September, has been reshaped in part by the coronavirus pandemic.

Denis Ortega, a White House Leadership Development Program Fellow, said Tuesday that the reskilling program, much like the Trump administration’s cyber reskilling academy, seeks to develop federal employees with in-demand skills at a faster rate than what agencies can accomplish making new data hires through a lengthy onboarding process.

“This does offer an immediate opportunity for agencies to take a look at their internal staff [and] who are some high-potential, diverse candidates that would be eligible for this type of training program,” Ortega said in a webinar hosted by the Advanced Technology Academic Research Center (ATARC).

OMB is currently going through selection for the reskilling program, Ortega said, and is allocating about two or three slots per agency. The Census Bureau, which serves as the lead agency for the data reskilling effort, wrapped up its pilot of the program last month.

The first class of up to 60 federal employees — twice the size of the cyber training cohorts — will commit eight hours a week for six months and will complete their training online. By comparison, Ortega said the majority of the data science analytic programs OMB looked at require students to commit to a year of full-time coursework.

Meanwhile, he said the virtual training allows federal employees from outside the D.C. metro area to apply for the program.

“This is a very good mix to allow full-time employees the ability to learn, to expand their existing data skills, and be able to immediately start to apply that in the work setting,” Ortega said.

Before graduating from the training in April, trainees must complete a capstone project relevant to their agency’s mission. But Ortega added that OMB is also looking at theming the capstone projects around the coronavirus pandemic.

“The capstone is going to be unique. We wanted to look at how is it possible to demonstrate a return on investment very quickly to an agency, so what we’re going to do is actually tailor those capstone projects to be more in alignment with their respective agencies, and what we would like to do is to maybe focus on something COVID-related,” Ortega said.

OMB has also worked with agency subject matter experts who will serve as mentors to trainees and will help them collect some of the data sets needed for their capstone projects.

The cyber reskilling academy so far has taken in two cohorts of federal employees. OMB reserved the first cohort for employees not already in cyber or IT positions, while the second class sought to bolster the skills of employees already working in those fields.

While the academy retrained employees with the goal of moving them to new positions, few graduates of the program actually did so, which led the Office of Personnel Management to launch a job rotation program for federal employees who completed the training.

In this case, OMB has made no mention of moving employees into new jobs, but has instead focused on giving federal employees the skills to increase performance in their current jobs.

“What’s great about data science in general is that you don’t have to be an IT professional, you don’t have to have that 2210 designation,” Ortega said, referring to the General Schedule code for IT management positions. “Data science can be acquired and leveraged really in any occupational field.”

As a result, Ortega said OMB is recruiting from a wide swath of applicants, including those who work in human resources, statistics and economics. The program, he said, holds value for anyone who runs reports, collects and analyzes information and then feeds that information into a spreadsheet.

“We really don’t think this is going to be a 2020 or even a 2021 one-and-done and you’re moving on. This is something that has the potential for a tremendous impact,” he said. 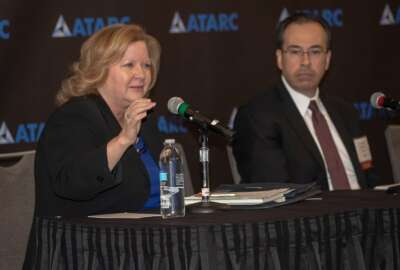