The only thing worse than people spreading around dangerous drugs for profit is when licensed medical professionals do it. Last year a team of federal investigators – part of the national effort to mitigate the opioid crisis – indicted 73 licensed medical practitioners for enabling the addiction crisis in Appalachia. A team of three feds from the...

The only thing worse than people spreading around dangerous drugs for profit is when licensed medical professionals do it. Last year a team of federal investigators – part of the national effort to mitigate the opioid crisis – indicted 73 licensed medical practitioners for enabling the addiction crisis in Appalachia. A team of three feds from the Drug Enforcement Administration, Justice Department Criminal Fraud Division, and the Department of Health and Human Services Office of Inspector General, are finalists in this year’s Service to America Medals Program. One of them, Deputy IG for Investigations at HHS Gary Cantrell, joined Federal Drive with Tom Temin for more explanation.

Tom Temin: Mr. Cantrell, good to have you on.

Gary Cantrell: Hey, thanks for having me.

Tom Temin: So this was a pretty interesting investigation and got some pretty good payoff. It sounds like. We should mention your other two co-conspirators in this, if you will. Thomas W. Prevoznik is from the DEA, and Joseph Beemsterboer from the Justice Department are your co winners here. Tell us about this investigation. What was this all about? How did you go about it?

Gary Cantrell: Well, thanks, Tom. This really is a culmination of years of planning and working together in partnership with Tom and Joe and many other agencies as part of our strikeforce efforts. It’s really an approach to tackling healthcare fraud in a way that maximizes the use of data, really maximizes the partnerships that are required to tackle something that unfortunately is as large as our problem with health care fraud in this nation, and leverage those resources in a way that is focused and strategic to have the greatest impact on the community — and the taxpayers. So what we did here, the evolution of the strikeforce, we had long been focused on opioid related fraud, but knowing that there is certainly a particularly terrible problem in the Appalachian region, we wanted to use the strike force model in a new and kind of innovative way. We wanted to take our resources, which are traditionally focused in what we call hotspots or cities where there’s large concentration of healthcare fraud, and tackle any and all types of health care fraud that exists. We wanted to dedicate these resources, surge resources, into the Appalachian region to really focus in on the opioid epidemic. We tackled this at least in terms of the scope of this takedown in record time. We announced the ARPO, we call it ARPO short for Appalachian Regional prescription opioid strikeforce — so I’ll refer to it as ARPO. We announced this at the end of October 2018, and by April, we had announced the first charges of 60 defendants. And these are not just street level individuals who are diverting prescription opioids. We wanted to tackle the source of these prescriptions. Medical professionals who are involved, of the 60 defendants, 53 were licensed medical professionals.

Tom Temin: And what was it that gave you a clue that in this Appalachia where the opioid crisis was particularly bad, that something like this might have been going on in the first place that it was not simply totally related to the behavior of the people who got addicted, but there was something pushing it going on there?

Gary Cantrell: Well, we rely heavily on data. And of course, we have our traditional law enforcement sources, whistleblowers, cooperating witnesses, but the data really drives this home. First, we looked at where there appeared to be the greatest problem based on opioid related overdoses. And then we overlay data from a variety of sources the DEA has access to, that we have access to, particularly the Medicare claims data — and identified physicians and practices that were prescribing extremely large dosages of prescription opioids, and then looked further to see if the patients of these particular practices were experiencing unusual numbers of overdoses. And that’s really how we focused in here is because of the extreme impact of the opioid epidemic has had on this region, and the continued extreme and illegal prescribing of opioids by a number of individuals in this part of the country.

Tom Temin: What were these people specifically doing, just simply abusing their right to get these items, these pills legally and just using them in an illegal manner?

Gary Cantrell: Well, really, we’re talking about doctors, in many cases who are prescribing prescription opioids without regard to the medical needs of the patient. And these patients, we look at them as victims of these crimes. The overdose rates in this part of the country, the need for treatment, the need for managing pain, that’s all real — but in these cases, we had individuals who were over prescribing without regard for the health or safety of the patients they were meant to serve. And so that’s where we focused in and tried to shut down what we traditionally call pill mills where their only goal is to maximize revenue through over prescribing of opioids without regard for medical needs.

Tom Temin: But the over prescriptions are paid for, say by the medical providers of the people getting the pills. What’s in it for the doctors to do this?

Gary Cantrell: Well, the prescriptions that we focus on at HHS OIG, are paid for by Medicare and Medicaid. So they’re federal and state dollars that are paying for these illegal prescriptions. And the doctors oftentimes will receive cash payments from the patients on the side without billing insurance companies, or they will bill directly for office visits that never occurred to Medicare or Medicaid, just to increase the volume of business so that they can maximize their profits. And unfortunately, we’ve seen in a handful of these cases, the individuals prescribing these were also exchanging these prescriptions for sexual favors and other kind of nefarious payments, if you will, for these prescriptions.

Gary Cantrell: Well, the first thing we do at HHS OIG is look to that Medicare and Medicaid claims data. And that tells us a lot, but it’s not enough to see high prescribing in the claims data, and then go out and arrest someone, you have to do the traditional law enforcement work. And you have to look at other data sources, including in some states, the prescription drug monitoring programs that show the level of prescribing beyond what’s happening at the federal space, or the government funded space to private pay and other transactions that give you the full picture of prescribing behavior of a particular practitioner. And so we look at all those data sources combined and use that intel we can get on the street, old fashioned surveillance, use of undercover operatives, interviewing witnesses — all those together, build a case that results in these prosecutions.

Tom Temin: And the outfits that resell and ship the pills, those can probably also be used as data sources, because they have to report a lot of transactions to DEA. And can they say, we’ve got a doctor here who’s really going crazy with prescribing XYZ, oxycontin for example. Does that also happen sometimes?

Gary Cantrell: Yeah, absolutely. We certainly leveraged and DEA has access to that data. And it is one of the sources that we use to kind of figure out where we should be focusing our resources. So yes, we would definitely use that data.

Tom Temin: And now the to have done this, I guess there’s dozens of defendants from the Appalachian region. Are you reproducing the methodology and the team to go about this work in other parts of the country?

Tom Temin: And now that we’re six months into a pandemic, and a lot of other publicly debated and discussed issues, the opioid situation has kind of disappeared from view in terms of news media — and what we’re hearing is it’s still pretty much an active issue across the country.

Gary Cantrell: It is an active issue. But of course, COVID-19 has had impact on health care delivery across the country, including the opioid space. What we’re really focused in on an OIG goes beyond just the opioid prescribing and the bad behavior that exists in that space, but also the availability of treatment. We have seen significant declines over the recent years in opioid prescribing. But of course, we’ve seen increases in overdose deaths resulting from illicit or street level opioids, including heroin and fentanyl, that are currently driving a rise in opioid overdose deaths. And so we’re really across OIG with our audit teams with our evaluation teams and our data analytics looking to see how we can best serve these patients, who again, I mentioned before, as being in many cases, victims of these schemes — how can we get them to someone who can care for their pain or their medical needs in an appropriate way? And in some cases, ideally get them into treatment and increase the access to medication assisted treatment for example. So besides our law enforcement activity, all of OIG is focused on really trying to improve the lives of these individuals we’ve identified as having some need for an intervention, even though we can’t directly do that. That’s why in ARPO, we connected for the first time in a systematic way with public health professionals. And we work very closely with the CDC and the Assistant Secretary for Health Office here at HHS to connect us to state health agencies who could then take the baton after the enforcement action to try to provide additional care and a warm handoff for these patients in need to a legitimate prescriber or treatment.

Tom Temin: Alright, so there’s a public health as well as a criminal element and benefit to all of this, Gary Cantrell is Deputy Inspector General for investigations at the Health and Human Services Department, and the Office of Inspector General. He along with Thomas Prevoznik of the Drug Enforcement Administration, and Joseph Beemsterboer of the Justice Department are finalists in this year’s Service to America Medals program. Thanks so much for joining me.

Gary Cantrell: Thanks for having me. 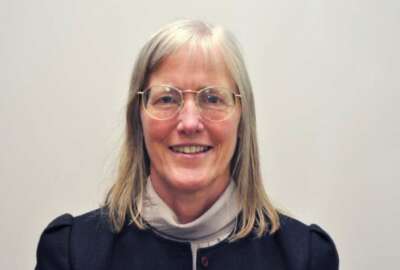 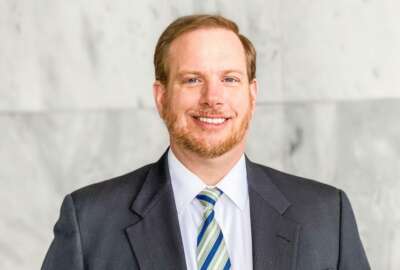 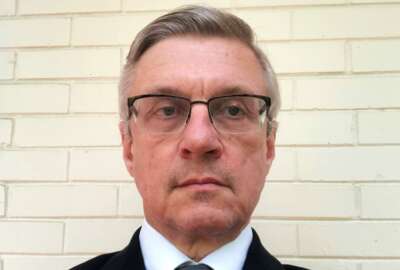