The once-popular in-person book sales, chili cook-offs and other events designed to generate enthusiasm — and dollars — for the federal workforce’s annual charitable giving campaign can’t happen this year, not in a pandemic.

But the Combined Federal Campaign, which launched its fall solicitation earlier this week, is embracing the new virtual world. And the campaign’s organizers for the national capital region believe the virtual collaboration tools federal employees have grown so accustomed to in the last six months may provide some unintended benefits to the CFC.

Tuesday’s kickoff event, like everything in 2020, looked a little different than in previous years. It was entirely virtual, with federal employees and retirees describing the impact of the CFC from their homes, rather than the usual stage at the Smithsonian. A Justice Department employee provided the outro music, this time from the piano at her home.

Training sessions for agency campaign managers and loaned executives will also occur virtually throughout the course of the week.

Many of the in-person events agencies hosted in the past to collect donations just aren’t possible in 2020. But the CFC is confident it can still reach the federal workforce and generate excitement in the campaign, even if donation drives go virtual.

“To a certain degree, the world we’re living in today is forcing us to connect in different ways, to learn different ways of working,” Vince Micone, one of the campaign’s chairmen for the national capital region, said in an interview. “It has brought us closer to our families because we’re spending much more time with them. And it has allowed us to focus much more intensely on work when we’re doing it, so they can get through major projects, focus on what people are saying and listening to them. That’s no different for the Combined Federal Campaign.”

The campaign launched a new mobile app this year, which is part of the campaign’s push to communicate more directly and rapidly with federal employees and retirees.

“We’re reaching more employees, talking about the importance of charitable giving and supporting the causes you believe in than we did before in the more traditional workplace giving campaigns,” Micone said.

He said there are already signs the new approach is paying off.

During a special solicitation window for the Combined Federal Campaign this spring, federal employees raised $2.7 million nationally for charities involved in pandemic response.

Employees from the national capital region were responsible for raising $1 million of that total.

“Of that million dollars that was raised in our region, more than 65% of the people who contributed were new to CFC,” Micone said. “They had not given with us before, so that tells us that we were effectively reaching people and that they were hearing the importance of the need. We’re taking that energy and we’re applying the same sort of techniques that we did for the special solicitation into our solicitation for the fall campaign.”

The influx of new donors this spring is a promising sign, as is the interest that employees have shown in CFC virtual training and preparation sessions.

“We had more people participate in those sessions this year in our virtual way than they ever did when we had folks come into the office,” he said.

Donations to the campaign have been falling steadily in the national capital region for the last several years. Between 2009 and 2012, Washington-area employees contributed about $60 million a year to the campaign. But contributions have fallen since the 2013 government shutdown and sequestration, and in 2019, federal employees in the region donated $34.2 million and nearly 70,000 volunteer hours to the campaign.

Donations may fall again, Micone acknowledged, with a pandemic, economic crisis, social protests and a hurricane and wildfire season in full swing. For the 2020 campaign, the national capital region set its donation goal at about $30 million.

Federal employees and retirees will continue to see the campaign slogan and logos encouraging them to “show some love,” which has been the CFC theme for several years now.

But in 2020, the campaign has adopted a sub-theme of sorts, this time urging federal employees to “be the face of change.”

“We are so lucky. Many of us are so very privileged to have the jobs that we do and to live in such a wonderful city and region, and therefore, we have a responsibility to give back,” Micone said. “Those are some of the lessons that my parents taught me so much when I was young. What motivates me year in and year out with the Combined Federal Campaign is an ability to give and do things beyond my office and what I do for a living, but to help make a living for others.”

Federal employees can make a one-time donation or set up payroll deductions through the CFC website. The CFC runs through Jan. 15, 2021. 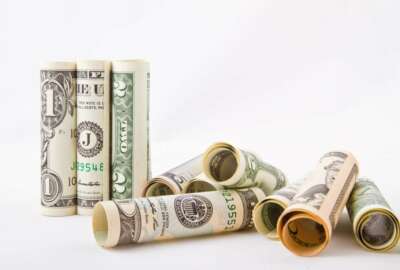 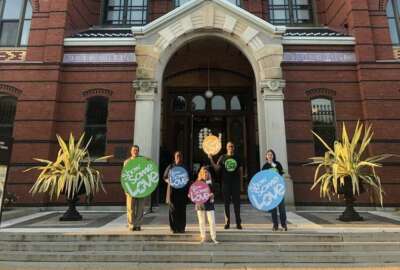 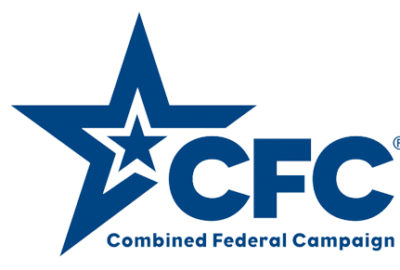