You might have heard: U.S. Customs and Border Protection is dealing with a dynamic situation on the Mexican border. Now it’s established a new position called the Border Patrol processing coordinator to deal with the administrative burden. Chief Patrol Agent at the U.S. Border Patrol Academy, Jason Owens joined Federal Drive with Tom Temin to explain what...

You might have heard: U.S. Customs and Border Protection is dealing with a dynamic situation on the Mexican border. Now it’s established a new position called the Border Patrol processing coordinator to deal with the administrative burden. Chief Patrol Agent at the U.S. Border Patrol Academy, Jason Owens joined Federal Drive with Tom Temin to explain what it’s all about.

Tom Temin: Mr. Owens, good to have you on.

Tom Temin: Well tell us about this position, the Border Patrol processing coordinator. Why was it created and what does it do?

Jason Owens: Well, this is actually a position that’s been in the works for quite some time. Now, for the past several years, we have in previous surges that we’ve seen on the border, we’ve noticed that it actually takes a large percentage of our workforce at times, it takes them out of the field where they can’t actually be out on patrol. And actually, it forces them to be in the processing centers providing the care and feeding of the detainees that we already have in custody, it presents a couple of problems. And one of them is we need those agents out on patrol we need to do in border security work. And we need them catching the threats that actually pose a significant threat to the country, the drug smugglers and the people that actually smuggle humans into the country, the criminal aliens. And so whenever you have an influx of people coming across the border, like unaccompanied children and family units, that’s a very sensitive population that requires people that take care of them and take care of them in the right way. So putting all those things together, we recognize that there’s a need for a special position to do just that. So we created the Border Patrol processing coordinator position. And their entire goal in life is to help with the processing and detention aspects of the Border Patrol agents job that helps to make sure that these people have the right training to take care of the detainee populations in the right way. And it also helps to make sure that we’re able to get those agents back out on patrol where we need them in the quickest manner possible.

Tom Temin: Now, it doesn’t sound like something that one person can do when you’re dealing with hundreds, perhaps thousands of people. So is it really a staff of people, this coordinator? Or is it one person overseeing people already working in those types of jobs?

Tom Temin: And what skills and knowledge do these people need to be able to be effective as processing coordinators?

Jason Owens: Well, first off in terms of if they want to apply it, it is required that you’d be a US citizen, they have to be registered with the Selective Service, if applicable, they have to pass a background investigation, they have to demonstrate proficiency in the Spanish language, and they have to have a valid driver’s license. Whenever they come into this position is going to be at the GS-5 or GS-6 level. And these positions are actually termed positions. So they’re appointed for 13 months with an extension of up to four years. So when they come in, it’s very much an entry level position, they have to have those basic requirements. And what they’re going to be doing for us, so they’re going to help with the receiving and the processing of the detainees, they’re going to be responsible for helping to maintain the well being of those detainees. They’re going to be doing transport to proceedings and medical facilities. They have to do help with logging the welfare checks, doing the visual inspections, all the things to make sure that once a person is in our custody, that they’re being taken care and monitoring the right way.

Jason Owens: We have, we’ve actually had a an overwhelming response. It’s been out on USAJobs, the announcement has and it’s I think it’s already closed right now. There’s going to be periodic open periods where a person can look on USAJobs and apply if you’re interested in that we already have one class that’s in session, and we already have enough to staff the next couple classes after that. So we do have a definite level of interest there and that’s exciting for us because our expectation or hope is that at least some of them are going to want to go on and become more deployed someday. So it creates a good recruiting pool for us. It also creates an entirely different workforce that’s dedicated to that specific niche of the job.

Tom Temin: And just while we have you, how are things going at recruitment for the Border Patrol itself? I know that’s a constant need is to refresh that force — how has that been going?

Jason Owens: It’s been going really well. We don’t have a problem right now with applicants wanting to join. The problem, of course, that everybody’s dealing with is how to operate in the in the pandemic environment. And so keeping the academy up and running and operating safely for everybody involved, that more than anything this past year, as it has been with everybody, has been our biggest challenge. But we definitely have people, we have open periods on a recurring basis for people to apply for the US border patrol agents position. Same thing on USAjobs and they’re entry levels at the GS-7. And the Academy is quite a bit different. It’s of course, longer and more intense, but also at Artesia, New Mexico at the Federal Law Enforcement Training Center. And then of course, the duty assignments are scattered all along the Southwest.

Tom Temin: And as you say, the people that become the administrative coordinators, the processing coordinators, could then at some point apply to become a border patrol agent — I think you said they could?

Jason Owens: Absolutely. They could they gain that experience during their time as processing coordinator so that if they’re interested, they can actually go and then apply for the US border patrol agent position. Now, not everybody’s gonna want to do this, some of them are going to be very happy doing the processing coordinator job or moving on to other positions within the government because at the end of the day, it’s a good entry level position for a federal employee. But our hope is, whenever they get there, they see the job and what it entails and this, Border Patrol family that they’re a part of that it will, it will make them want to join and become an agent.

Tom Temin: And in general, the people that apply to the US border patrol academy, do they tend to come as people that just are right out of, say, college or a criminal justice program? Or do they come directly from other law enforcement agencies, maybe at the city or state level?

Jason Owens: So what we’ve seen this part time, it’s a very diverse group of people. The first class that we have here in session, I think the ages ran from 23 to 57 years of age, there was actually more females than males. There were there were some that were prior law enforcement, some that were come from a clerical background, some that were prior military, there was really no one specific set that represented the majority of the folks that applied and got into the class. It’s really it’s much different than what you see, typically with the Bored Patrol position. And that you see a lot of folks that are prior military, a lot of folks that are prior law enforcement, generally, on the younger side in their 20s. That’s definitely not been the case with the processing coordinator. And that’s good, because that’s an entirely different type of individual that we’re looking for to be able to do this job.

Tom Temin: And how’s morale in general for the Border Patrol?

Jason Owens: With the COVID pandemic. As you know, as I said before, it’s taken its toll on everybody. And of course, it’s very frustrating when things get shut down. It’s very frustrating whenever you have loved ones that get sick, and even people that you know that have died. That has been an impact on morale for everybody and across the country and indeed across the world — and it’s no different in the Border Patrol. But the spirit and esprit de corps that exists among the men and women in this organization is something that can’t be beat. And they go out there every single day, they do that job, and they do it without complaint in the toughest of circumstances. It makes me proud every day to be a part of

Tom Temin: Jason Owens is chief patrol agent at US Border Patrol Academy. Thanks so much for joining me. 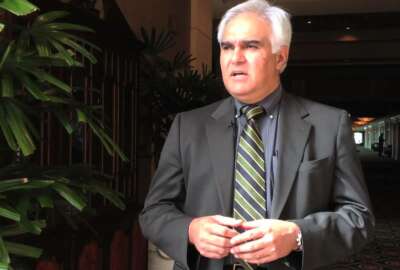 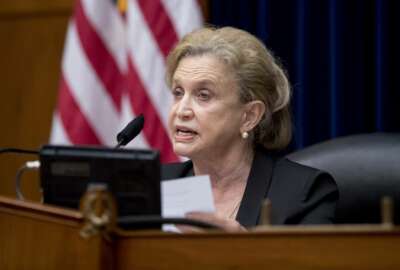